Boris Johnson has warned that it is ‘still early days’ to be talking about lifting lockdown amid reports pubs could reopen in May.

The Prime Minister has committed to setting out a ‘road map’ for easing restrictions later this month.

He is facing pressure from Conservative MPs to relax the current measures once the most vulnerable have been vaccinated.

Downing Street confirmed on Friday that this could be achieved by May, when it is hoped everyone over 50 and at risk adults over 16 will have been offered their first dose.

Mark Harper, chairman of the Covid Recovery Group made up of lockdown-sceptic Tory MPs, said it would be ‘almost impossible to justify having any restrictions in place at all’ by the time the top nine groups had been inoculated.

The former chief whip also asked the Prime Minister to consider getting pupils back into classrooms this month rather than delay until his target date of March 8.

The devolved administrations in Wales and Scotland have both announced that some primary schools year groups will return by February 22. 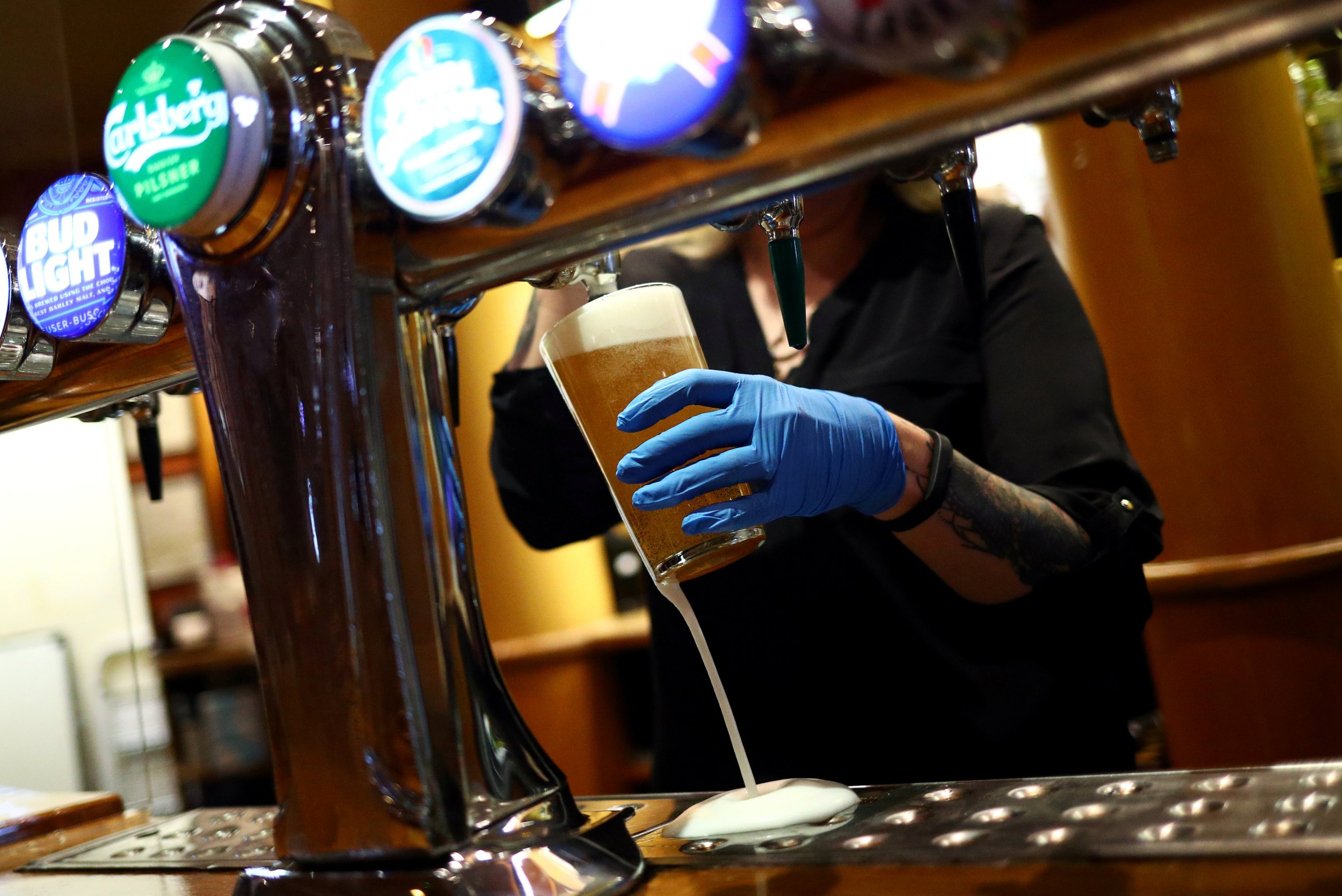 In a video posted on Twitter on Friday, Mr Johnson reiterated his promise to announce a ‘steady programme for beginning to unlock’ in just over two weeks’ time.

But he warned it was ‘still early days’ and urged the public to continue following lockdown rules.

He said: ‘I want to stress that it is still early days and we have rates of infection in this country (that are) still very, very high and (have) more people – almost twice as many people – in our hospitals with Covid now than there were back at the peak in April.’

It comes amid conflicting leaked reports on the Government’s blueprint to open up society.

The Daily Telegraph reported pubs could open in April if they agreed not to sell alcohol.

A senior Government source told the newspaper no decisions had been taken on whether a booze ban could be used to open pubs earlier, but did not deny the discussions were taking place.

The report said plans for dry pubs are just one of many options to allow the widespread easing of restrictions after Easter and could placate concerns from scientists about the effect of drinking on social distancing.

However, another senior Government source was dismissive about the idea, telling Mailonline and the PA news agency: ‘We are not going to open pubs that can’t sell booze. What would be the point of that?’

Separately, The Sun reported takeaway pints could be allowed in April before fully reopening in May.

Restrictions such as the 10pm curfew and substantial meal rule will be scrapped to ease confusion, the paper suggested.

As well as differing reports about when and how the hospitality sector could start up again, there was confusion over whether the Government would provide ‘vaccine passports’ to allow those who had received both jabs to travel abroad for their holidays in the summer.

Foreign Office minister James Cleverly said the Government would work with other countries to ‘help facilitate’ coronavirus immunity passports if they are required by destinations abroad.

But Number 10 and Matt Hancock later said the concept was not currently being considered, although the health secretary added it would be kept ‘under review’.

In a sign that the current restrictions are working, the reproduction number, or R value, of coronavirus transmission across the UK fell to between 0.7 and 1, according to the latest Government figures – down from between 0.7 and 1.1 last week.

It has been suggested that, with falling case numbers, lockdown easing could pave the way for outdoor team and individual sports to resume, as well as outdoor gatherings, within weeks of schools returning in March.

But  a senior medic this morning warned against easing lockdown measures too soon, saying hospitals are ‘still in the thick’ of coronavirus infections.

Anthony Gordon, professor of critical care medicine at Imperial College London, said intensive care units were still ‘full to the rafters’ and the public would have to wait longer for ‘relief’.