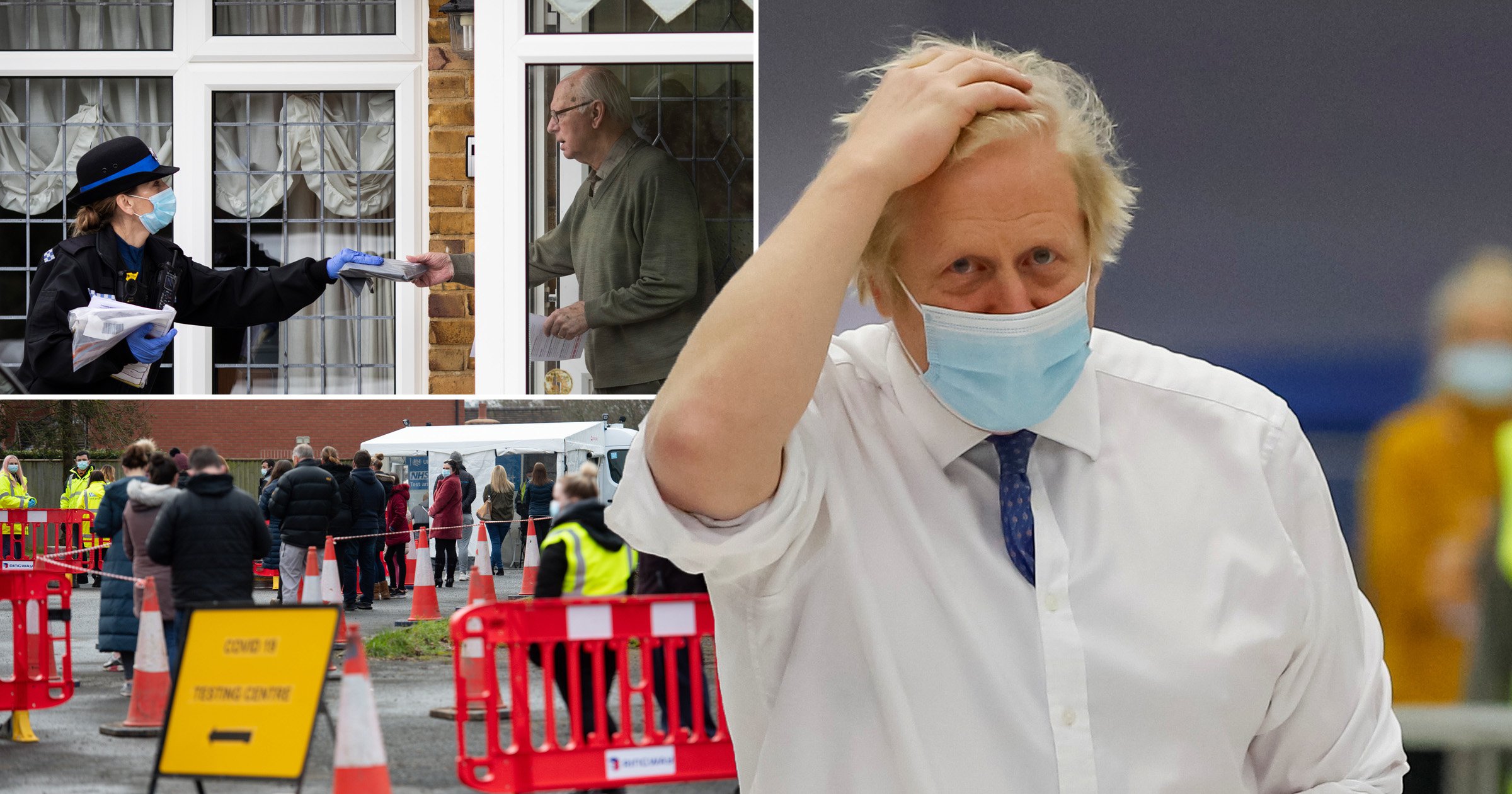 Boris Johnson refused to rule out extending lockdown further if the South African variant of coronavirus continues to spread.

The suggestion comes amid revelations the Oxford AstraZeneca vaccine is ‘less effective’ against the mutation – though scientists say it still protects against severe disease.

And when pressed on whether there may need to be a delay to easing restrictions if the vaccine is proved to be less effective, the prime minister said vaccines are ‘going to offer a way out’ and ‘remain of massive benefit to our country’.

But he failed to dismiss the prospect of a lockdown extension.

During a visit to a Covid-19 test manufacturing facility in Derby, Mr Johnson said: ‘We’re very confident in all the vaccines that we’re using.

‘And I think it’s important for people to bear in mind that all of them, we think, are effective in delivering a high degree of protection against serious illness and death, which is the most important thing.’

Professor Tildesley also said this morning that more people could get infected with the South African variant, even if a lot of the public has been vaccinated.

‘It means that even with high levels of vaccination there will be a lot of people that could potentially get infected and could potentially pass it on and it may mean that more restrictions might be needed for longer if we can’t get on top of this,’ he told the BBC Radio 4 Today Programme.

Professor Tildesley added it was ‘very possible’ the South African variant is already quite widely spread in the UK.

‘The fact we’re starting to see cases in the hundreds, albeit in the low hundreds, means that unless we’ve really got on top of this quickly, I would expect we could see quite a few more cases coming over the next few weeks and possibly quite a little bit more widespread, so it’s a real concern,’ he said.

South Africa also revealed it is suspending its rollout of the Oxford AstraZeneca vaccine amid the results of the new research.

But ministers have moved to reassure the public that the purpose of the jab is to prevent severe disease and death.

Edward Argar told BBC Breakfast that dealing with severe disease and people needing to go to hospital was ‘the key thing we are seeking to tackle here at this point’.

His comments echoed those of vaccine minister Nadhim Zahawi, who said preventing severe disease was the ‘vitally important’ factor for the roll-out of the mass programme.

An AstraZeneca spokesperson added: ‘We do believe our vaccine could protect against severe disease, as neutralising antibody activity is equivalent to that of other Covid-19 vaccines that have demonstrated activity against more severe disease, particularly when the dosing interval is optimised to eight to 12 weeks.’