The SNP has held power in Scotland since 2007 and proclaims to be a party that cares about people – an accusation that it constantly levels at Boris Johnson’s Conservative Government. And despite its constant raids on Westminster’s coffers to fund pet projects – including free tuition fees for Scottish students and free prescriptions – it appears that its investments have paid little dividends in many areas.

Right-leaning comic Leo Kearse savaged Ms Sturgeon’s handling of the pandemic as it emerged that Scotland has the highest Covid rate in Europe.

Last December Scotland also recorded the worst drug death rate in Europe – about three and a half times the number for England and Wales.

And over the past 20 years coronary heart disease death rates in Scotland have been higher than the rest of the UK and “much higher” than the EU, the Scottish Public Health Observatory (SPHO) said.

Historically, Scotland also has had one of the highest rates of lung cancer in the world, the SPHO also revealed. 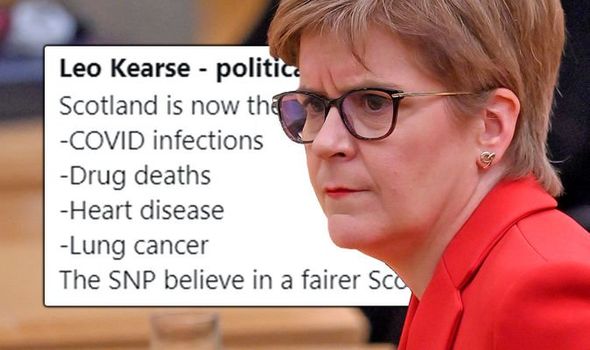 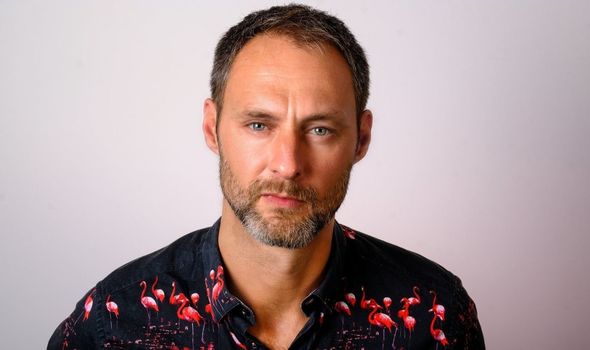 These appalling figures were picked up by Mr Kearse – who wants to keep the Union intact.

He used them to highlight the SNP’s failings after well over a decade in power and claimed they would show how calamitous an independent Scotland would be run under Ms Sturgeon.

He tweeted: “ Scotland is now the top country in Europe for:

“The SNP believe in a fairer Scotland where everyone is equally dead.” 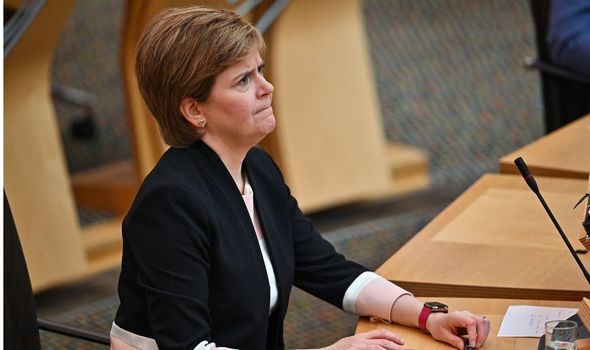 He spoke shortly after Scotland’s national clinical director said a lack of “natural immunity” in the population has led to Scotland having the highest Covid rates in Europe.

In total six Scottish health boards are among the top 10 worst-hit regions in Europe, according to World Health Organization (WHO) figures. 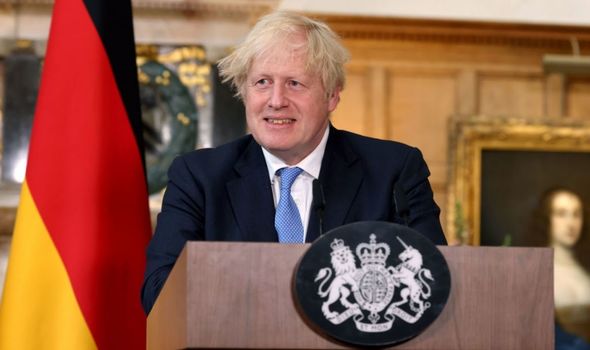 The figures showed 1,264 deaths – a record number for the sixth year in a row and the highest total since records began in 1996.

Speaking at the time, Scottish public health minister Joe FitzPatrick said his government was doing “everything in its powers to tackle rising drug deaths”. 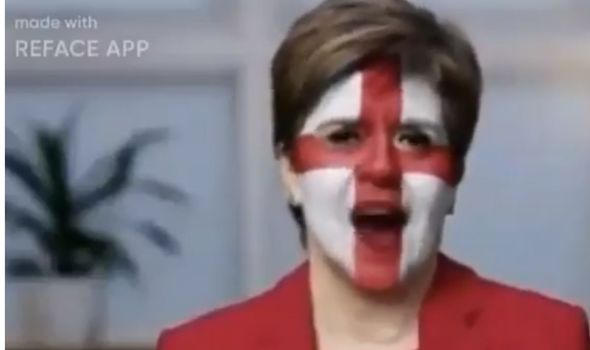 He added: “These deaths stem from a longstanding and complex set of challenges, and there is no shortcut that will suddenly solve this.”