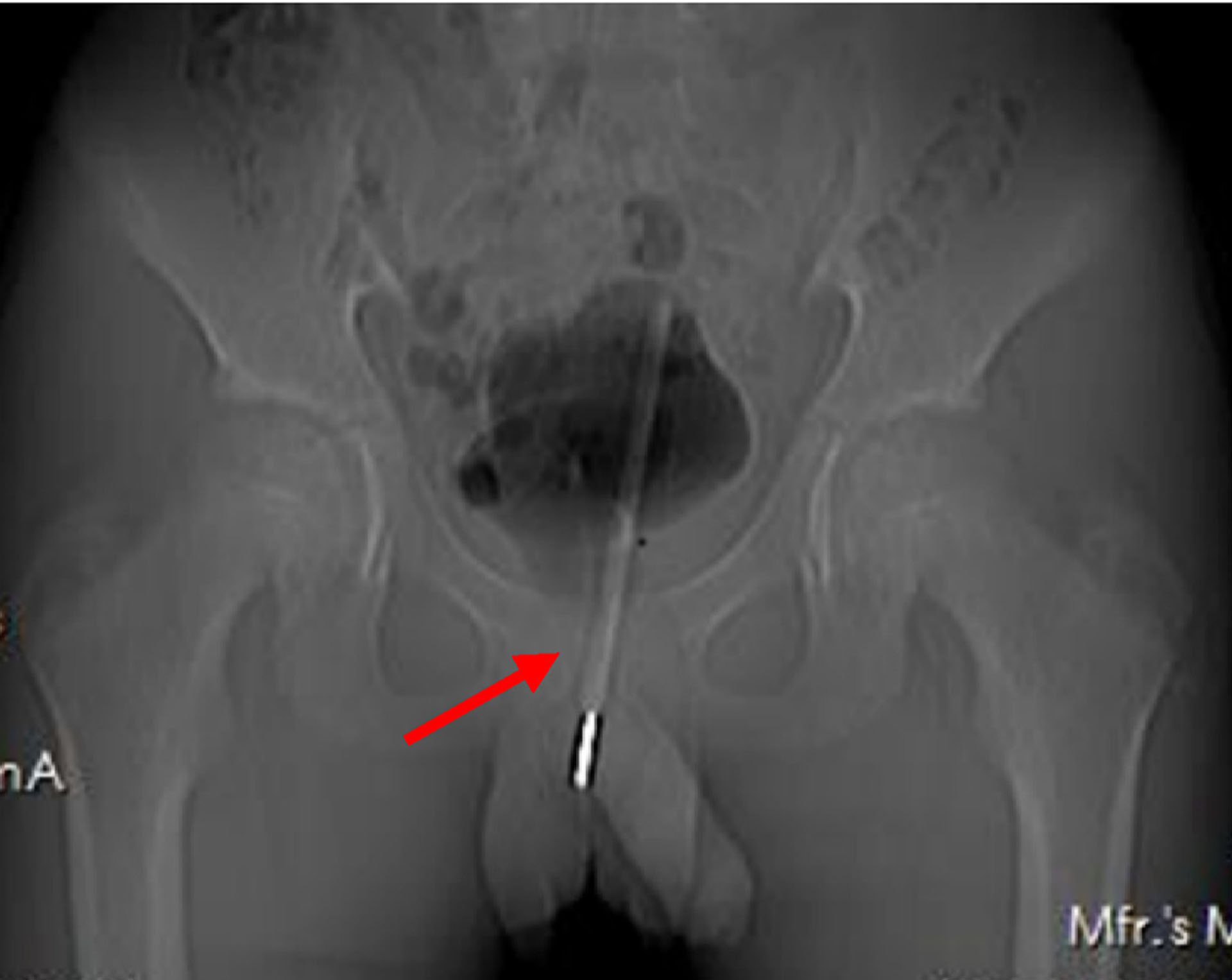 Another day, another story about someone getting a foreign object stuck in their penis after being a tad too experimental.

Whether it’s USB cables, magnetic balls, or chopsticks, there are countless stories of people needing medical attention after poking around their urethras.

For one 12-year-old boy from Chengdu, in central China, it was a thermometer that landed him in the emergency room.

X-rays showed the thermometer was so far up the urinary tract that it had entered the boy’s bladder.

Doctors decided they had to perform key-hole surgery as they were worried that simply yanking the item out would damage the boy’s organs.

The boy admitted to medics that he had inserted the thermometer for sexual pleasure.

This is a risky sexual practice known as ‘sounding’, which health experts say has led to an increase in infections and other health issues.

It can also lead to scarring or damaging of internal tissues, and if the item gets far up enough, a perforated bladder.

Doctors at The First People’s Hospital of Longquanyi District were concerned that pulling the thermometer back the way it came could cause further complications.

So instead, they opted to go through the bladder via key-hole surgery, the Asian Journal of Surgery reports.

The operation was a success, although medics did not say whether the boy had any long-term complications from the experiment.

Dr Changxing Ke, the report’s lead author, blamed a ‘lack of sex education’ as well as ‘feelings of curiosity’ for the mishap.