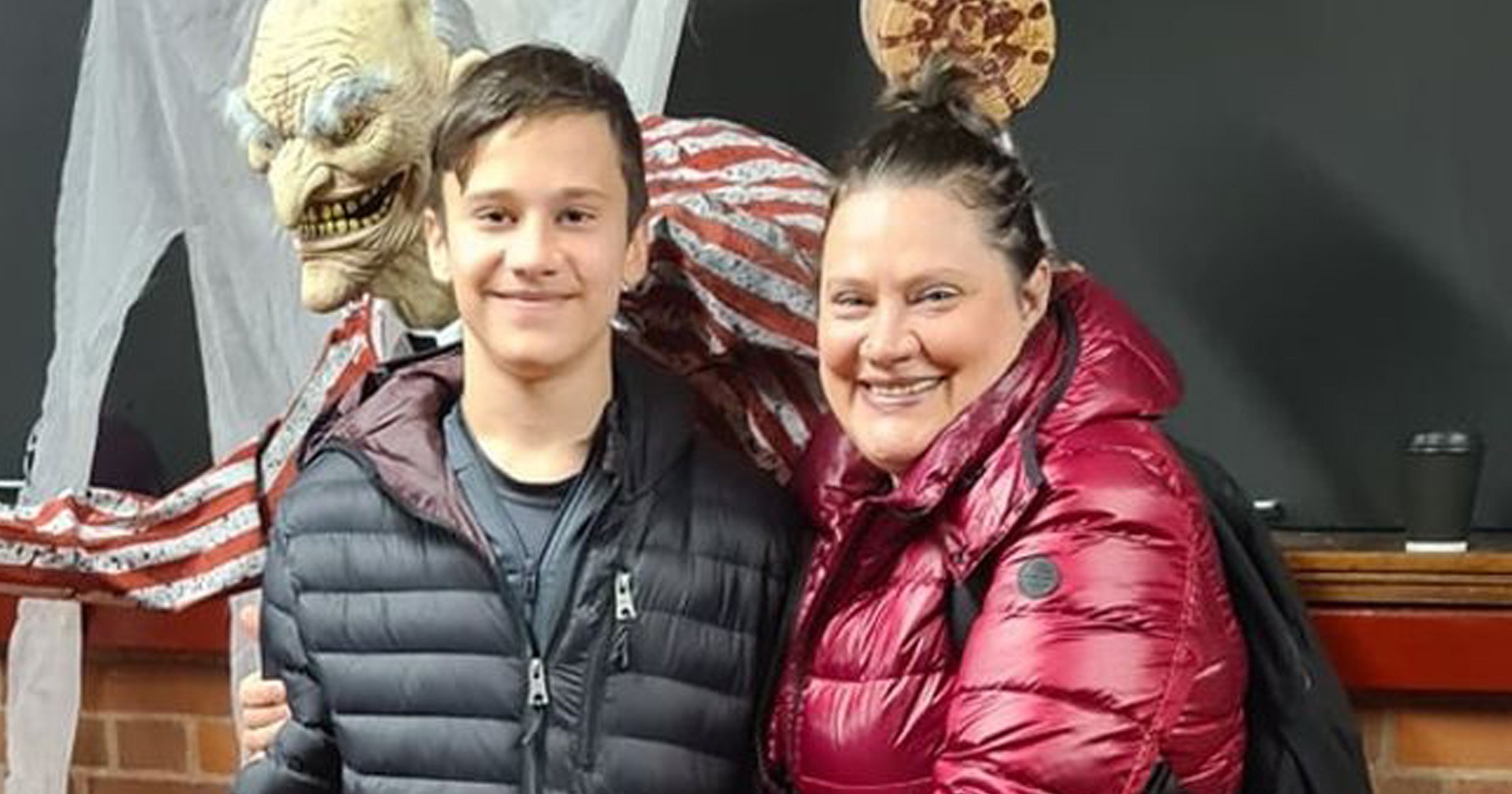 A boy, 12, was turned away while trick or treating on Halloween as he was ‘too big’.

But his day was ‘ruined’ when locals in Castleford wouldn’t give him treats due to his 6ft stature.

Mariana told YorkshireLive: ‘He usually goes trick or treating with me, but this year he wanted to go with his friends wearing a scary mask and dark clothing.

‘He usually gets lots of sweets but this year he came back with barely any.

‘I asked him what happened and he said people had told him he was too big – he was really disappointed.

She added: ‘In this country, this is a great time of year for kids. In my opinion, the trick or treating tradition should be for all children.’

People in Castleford were sad to hear about Andrei’s disappointing Halloween, with many vowing to give out sweets to children, no matter their height or age.

One woman said: ‘I give sweets to anybody who’s made an effort to dress up, whatever the age’.

Another said: ‘My daughter was the same. Not right. I was giving them out at 17 years olds’.