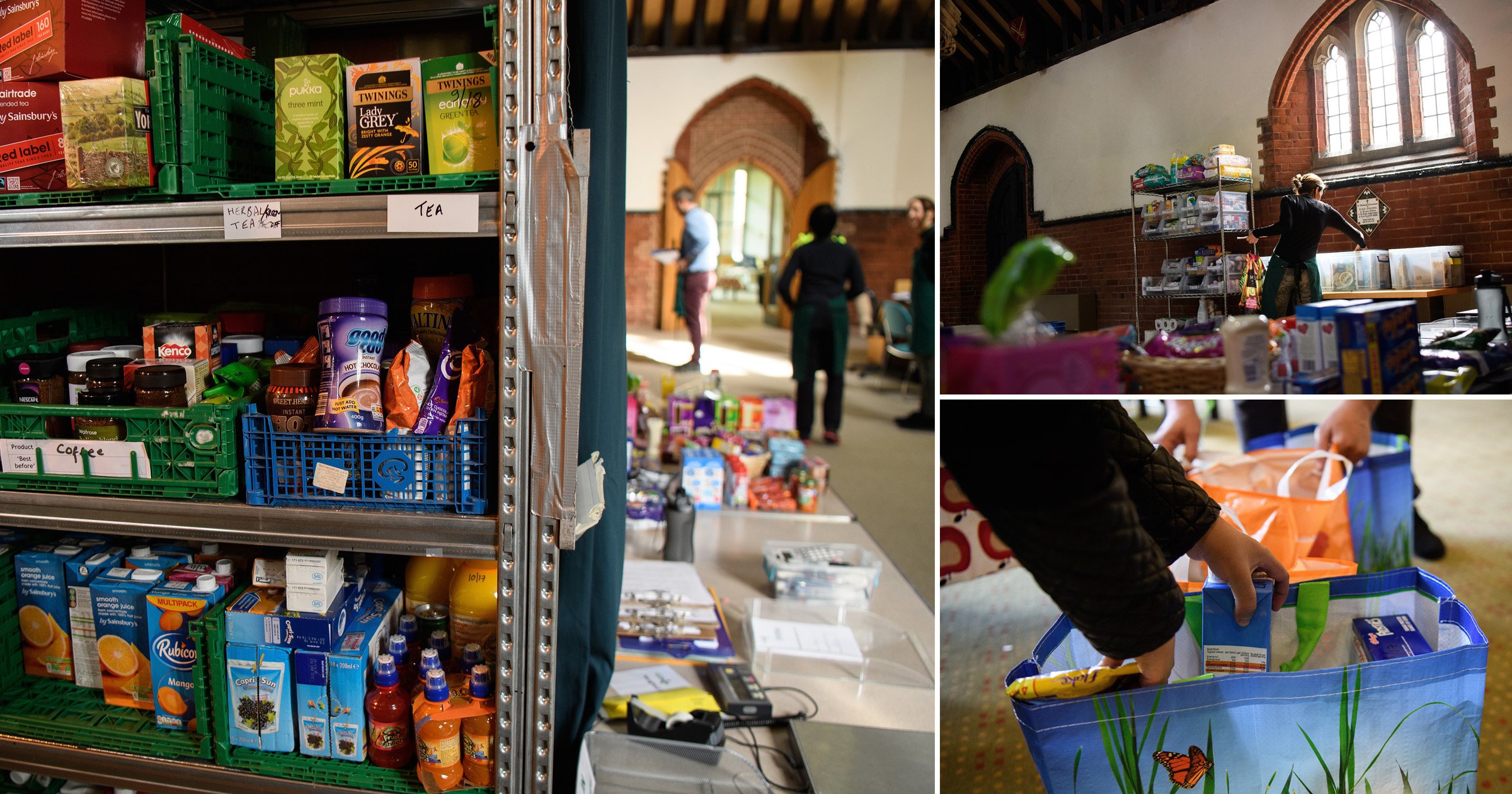 A 14-year-old boy was rushed to hospital after ‘fainting from hunger’ while queuing at a London food bank, the charity’s owner has said.

The youngster, who hasn’t been identified, was said to have told staff at Earlsfield Foodbank in southwest London that he ‘hadn’t eaten for a while’ and his ‘cupboards at home were empty’.

Writing about the incident on Twitter, the food bank’s owner said: ‘Today at the foodbank an ambulance was called, as a 14-year-old fainted and hit his head.

‘He hadn’t eaten for a while. The cupboards at home were empty.

‘The levels of hardship and suffering we’re seeing are extreme, every week it gets worse and worse.’

Food banks and charities have been reporting surges in cries for help amid the deepening cost of living crisis.

According to the Trussell Trust, a record 2.5 million emergency food parcels were given to people across UK last year – with just under a million of those going to children.

The food bank owner went on: ‘Stark choices – eating vs heating, cutting every other meal – have already been made this winter.

‘There is no road left to run. No safety net or cushion available. And after yesterday’s spring statement, it will only get much worse.

‘We are desperately worried about what comes next. Those who have the least are already suffering the most. How can we tolerate this?’

The horrifying story follows a huge increase in foodbank use across the Capital since the pandemic hit.

Following the exposure, she added: ‘Following this thread, lots of people have asked how they can help.

‘Please write to your MP asking them to address the root causes of poverty. The wonderful @IFAN-UK organisation have produced a template letter. https://www.foodaidnetwork.org.uk/write-to-your-mp.’

Finally, she added that the boy was ‘ok’, and was now at home and doing well.