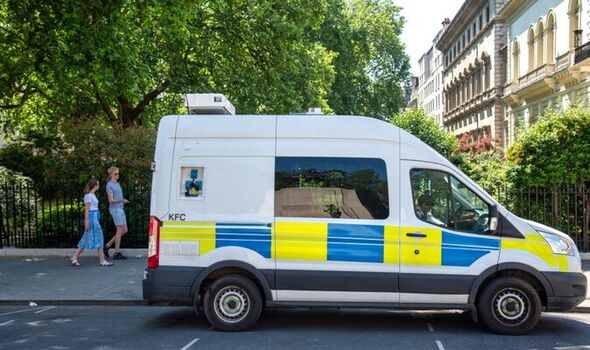 Officers were called to reports of a fight at a venue on Angus Street, New Cross near Fordham Park shortly after 4pm on Wednesday, where they found a boy suffering from stab wounds. Emergency services rushed to the scene, but the teenage boy was pronounced dead shortly afterwards. A London Air Ambulance helicopter was also called to the stabbing. Scotland Yard said no arrests have been made at this early stage.

Police have placed a cordon around a section of the park in front of the Moonshot Community Centre.

Around 10 police vehicles and ambulances are at the scene.

Officers have also taped off the nearby Evelyn Community Centre as part of their enquiries.

They could be seen entering the location, with a police van in attendance.

A Section 60 Order has been authorised for the entirety of the borough of Lewisham.

This provides police with additional stop and search powers in the wake of the fatal stabbing.

Any witnesses or people with information are being urged to call 101 reference CAD 4776/13Apr.