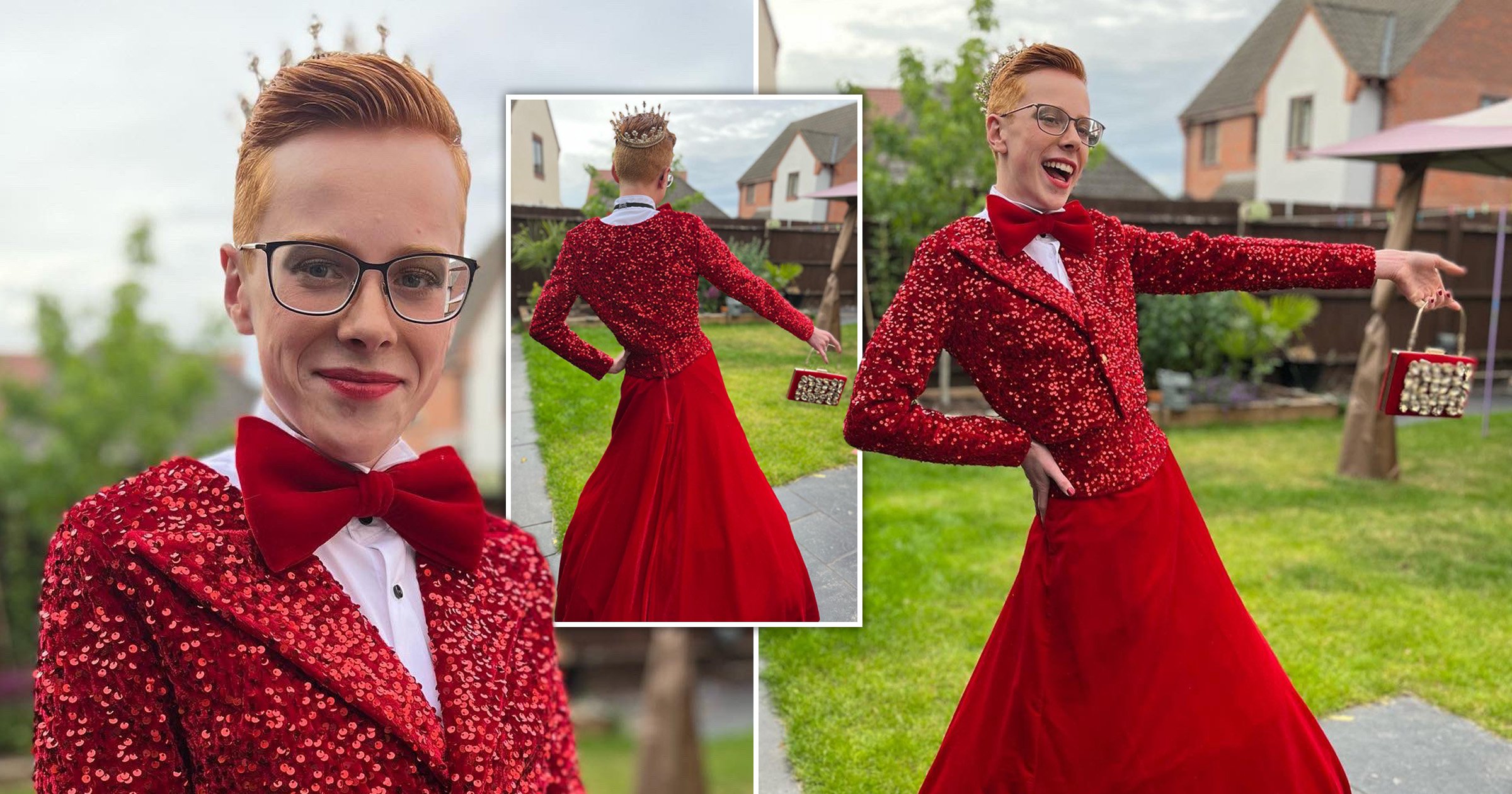 A boy, 16, has become an internet star after stunning people at his school prom by wearing a bright red sequined tuxedo and ballgown skirt.

Korben, who topped off his outfit with a crown, says he wanted to show ‘you can be who you want to be’.

Onlookers clapped and some teachers reportedly wept as the teenager stepped out of his car at Archbishop Sancroft High School in Harleston.

His message has since spread far and wide – with millions of views on a picture posted online by proud mum Nina Green.

Nina, from Norfolk, told the BBC she wanted to show her child ‘living his best life’.

‘If you let your child be who they are then you’ll get nothing but the best out of them’, she said.

‘There are people in the world who still don’t understand, but the feeling of acceptance, you can’t beat that feeling. I am so happy for him.’

She wrote: ‘Ohhhhhhhh yes! You are an amazing beautiful mom and your child is a STAR’.

Korben has always adored wearing dresses and has been taking to the stage as ‘sassy’ drag queen Miss Frou Frou for years now.

But his mum explained: ‘He wanted to go [to prom] as himself, while expressing his feminine side – with a tuxedo on the top and a dress at the bottom, very much influenced by [American actor] Billy Porter.’

Nina says she has received an ‘incredible’ response, with one parent even messaging for advice on supporting her son who recently told her he is gay.

‘I think it’s so important to fly the flag, for people who don’t get the support he does’, Nina said.