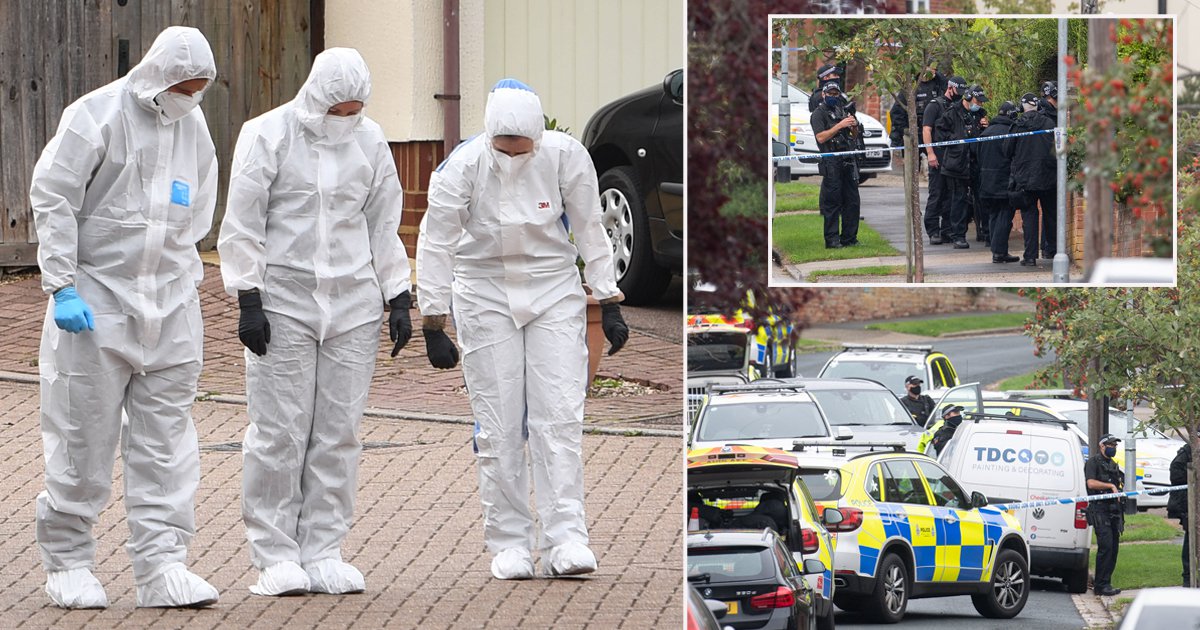 A teenager on trial for the attempted murder of a pupil smiled as he was arrested and told armed police he was ‘excited’ at being caught, a court has heard.

The defendant, 16, is accused of shooting a boy in the face with a shotgun as he walked to school in Kesgrave, near Ipswich, Suffolk, on September 7.

The shooting took place on the first day the 15-year-old victim’s school fully reopened since the first Covid lockdown was put in place.

Jurors heard the boys, who cannot be named for legal reasons, were ‘friends’ but that the defendant suffered ‘harsh’ comments from the victim, who would hit him ‘randomly for no reason’.

He was spotted by a patrol unit in the driver’s seat of a parked car just around 5 miles from the scene of the shooting just over two hours after the incident.

The defendant, who denies attempted murder and four related charges, seemed chirpy and said he was ‘OK with what I’ve done’, according to armed officers called in by the patrol unit.

They told Ipswich Crown Court on Friday how they tried to open the car doors but found them locked so proceeded to smash the window with a firearm.

The boy was said to have been dragged out of the vehicle and arrested on suspicion of attempted murder.

‘I sat him up against a garden wall where he continued talking. I was struck by his demeanour as he appeared to be smiling.’

PC Sullivan said the boy told officers: ‘I’ve done what I wanted to do, as scummy as it is. I will 100% co-operate with you.’

When reminded that he was under police caution, the boy said ‘I know, but it’s exciting isn’t it’, he added.

Police bodycam footage of the arrest showed how the boy told officers he had ‘every respect’ them and asked them about their work in the area.

Officers described seeing a shotgun partially covered by clothing on the back seat of the car, with one telling jurors: ‘[The defendant] said “yes, the gun’s on the back seat, it was me, I did it”.’

A friend of the defendant said the accused had a ‘really complicated relationship with the victim’.

In a police interview played in court, he said: ‘[The victim] has always been dominant over (the defendant).’

‘It’s not really bullying because they were still friends, but [the injured boy] was really harsh to [the defendant].’

The friend added that the pair would be ‘playing, fighting’ and the injured boy would ‘hit (the defendant) randomly for no reason’.