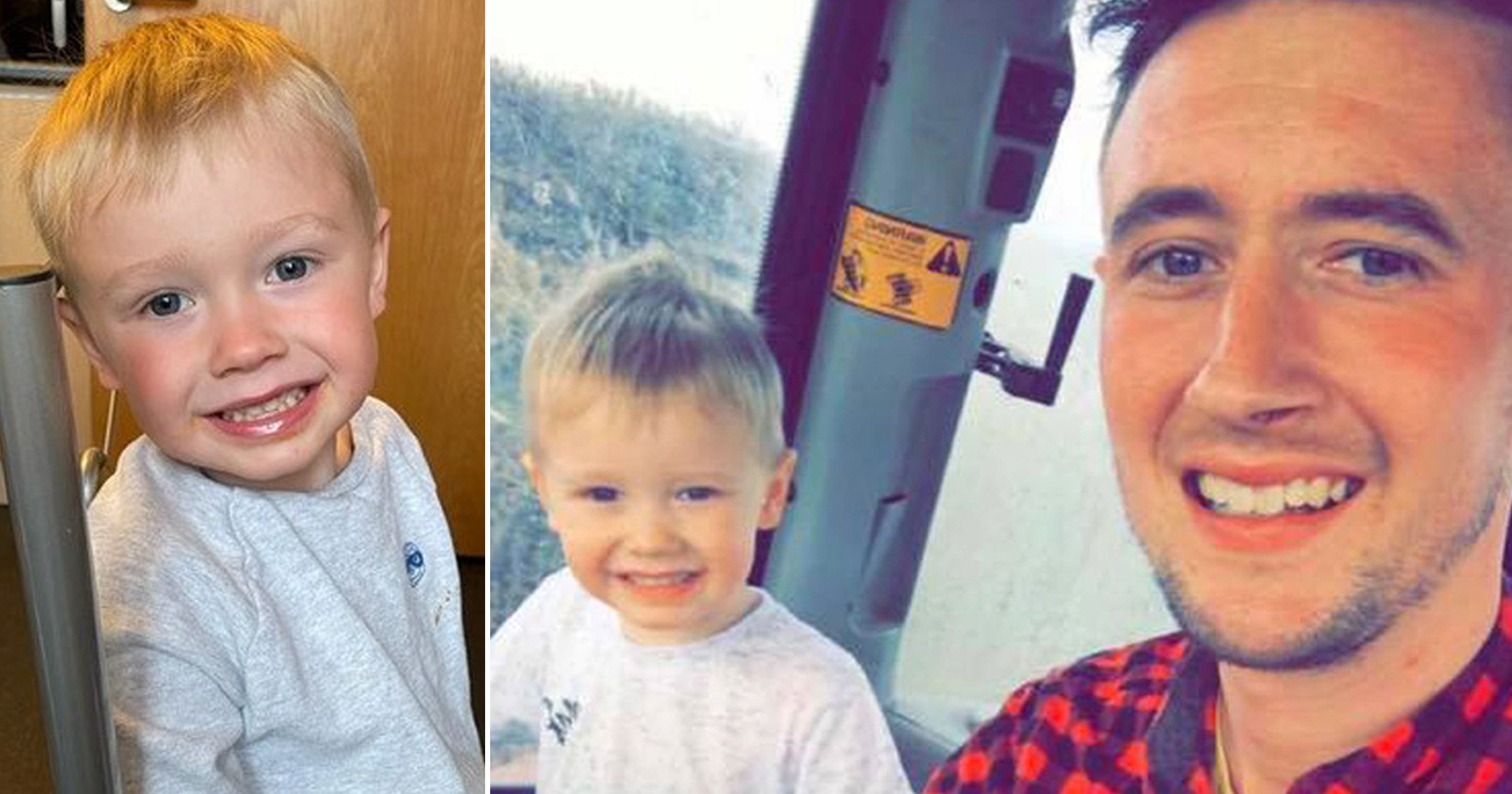 A boy aged three was killed when a tractor hit him as he played with his family, an inquest heard.

Ianto Jenkins suffered ‘significant injuries’ and died at the scene on a farm in Pembrokeshire, Wales, on a Friday night last month.

The youngster was playing on his new bike with his cousin and sister Seren, who was his best friend, at the time.

His mum Chloe Picton said Ianto was her inspiration as she paid tribute to ‘mummy’s little boy’.

She said: ‘Ianto was my blue-eyed boy, he was inspiration to life, he was a kind little boy who was always smiling and laughing.

‘His best friend was his older sister Seren, who were always joined at the hip. Ianto loved going to nursery and was excited to start his first day at school in Ysgol Beca in Efailwen in September.

‘He loved being out on the farm and going on the tractor with his daddy. Ianto and I had a very strong bond.

‘He was mummy’s little boy and was always by my side everywhere we went – now that’s been taken from me.

‘No parent should lose a child and I would like people to respect our wishes, giving us space at this very difficult, heartbreaking time.’

An inquest into his death on August 3 at Rhosfach, Efailwen, in the village of Clynderwen was opened at Llanelli Town Hall yesterday.

Coroner’s officer Hayley Rogers said the incident involved a ‘pick-up style vehicle and trailer’ which ‘collided with him.’

He was pronounced dead at the scene at 7.14pm ‘due to the significant injuries sustained’.

A full police investigation was launched and is ongoing while the Health and Safety Executive were notified at the time and are continuing with their own inquiries.

Meinir Jenkins, 61, mum of the toddler’s dad Guto Jenkins, said last month: ‘No one is to blame.

‘Ianto was playing in his new bike in the back yard and my son just didn’t know he was there.

‘It is just heartbreaking. Poor Guto, I don’t know how he’s going to live with this. He is completely devastated.’

The inquest has been adjourned for four months.