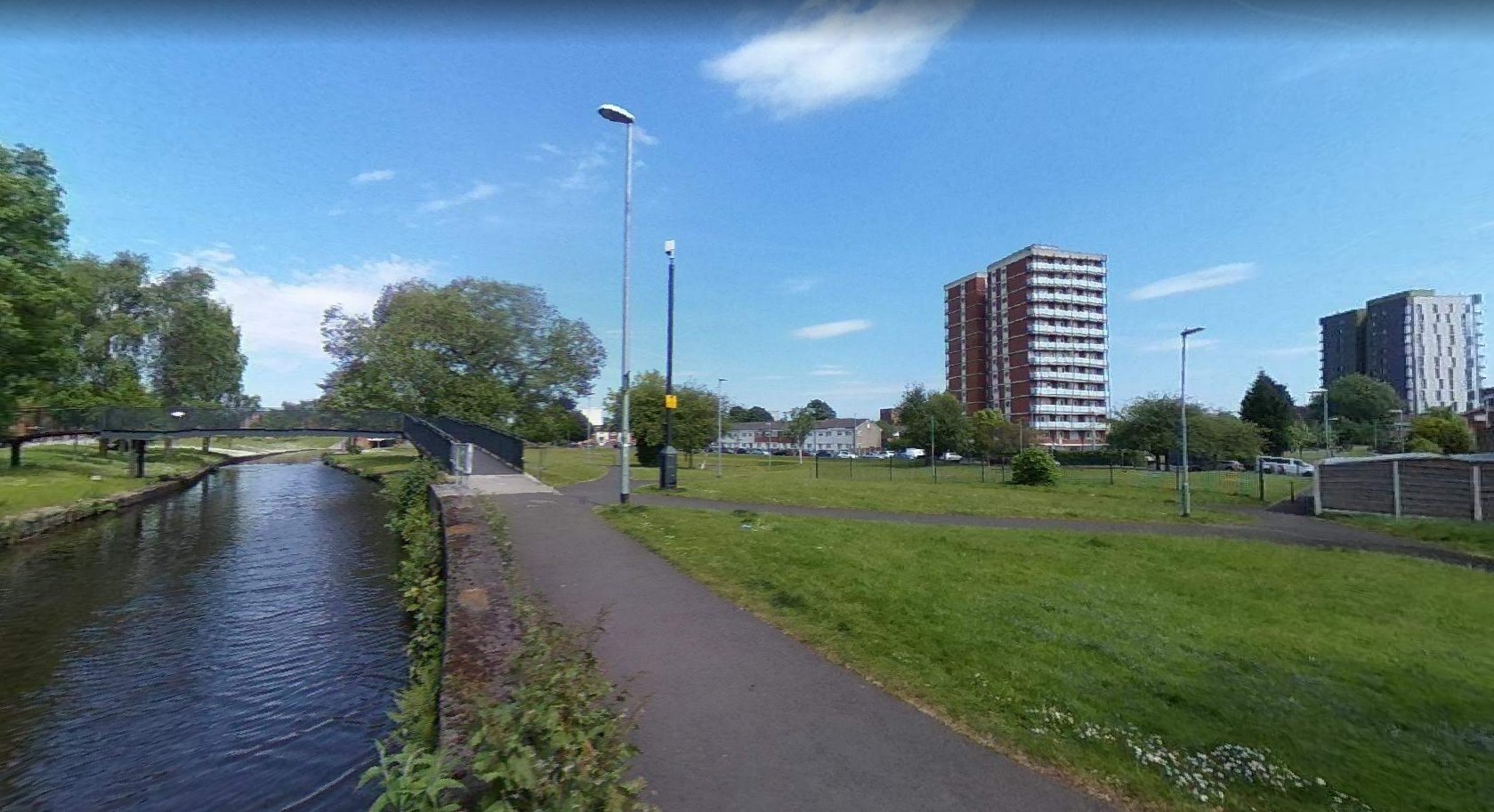 A four-year-old boy was rushed to hospital after he was attacked by a dog in Manchester.

The child had been riding his scooter in the moments before the terrifying incident.

As he and his family made their way down Danesdale Drive and towards the Rochdale Canal tow path, a dog off a leash approached.

The animal, described as a ‘male Bulldog type’ by police, then attacked the young boy.

He was rushed to hospital where he required treatment for leg injuries.

Detectives are looking to trace the dog’s owner.

They say he left the scene following the attack, which took place at 4pm on December 14.

In a statement, Greater Manchester Police said: ‘The owner of the dog initially stopped but left a short time later, walking off in the direction of Rodney Street and Steven Hunt Street with the dog still off its lead.

‘The dog is described as a British male Bulldog type that was mottled in colouring – both pale tan and white – big and heavy-set.

‘The owner is described as a white man, of large build, with dark cropped hair, and large blue eyes.

‘He was possibly mid 20s and was wearing a white top. He was walking a second dog, a black small bulldog that appeared to be on its lead.’

‘We would like to identify and speak to the man who owns these dogs or appeal to the general public who may know the owner of the dog – or may have encountered similar incidents in recent weeks.’