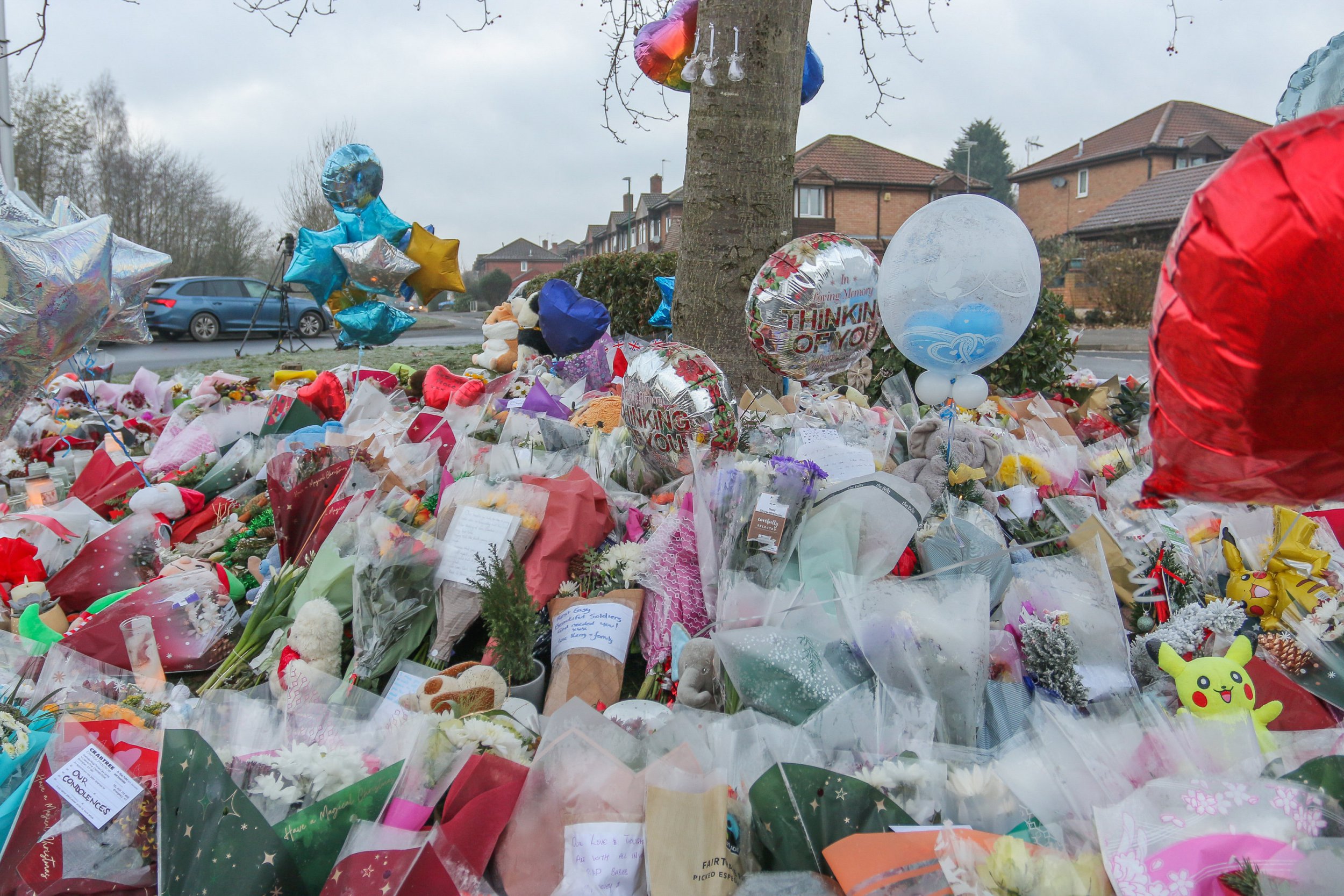 A six-year-old boy who was pulled from a frozen lake in Solihull has died.

The child was rescued from Babbs Mill Lake on Sunday evening and rushed to hospital.

In a statement this evening, West Midlands Police said: ‘It is with heartfelt sadness that we have to report this afternoon, the six-year-old in hospital has lost his fight for life.

‘Our deepest sympathies are with the families and friends of those involved in this tragedy. We cannot comprehend the enormity of the pain they must feel and our hearts go out to them.

‘Specialist officers remain in contact with the family and we will issue further information as soon as we can.

‘The searches have been completed and the scene of the incident at the lake will be lifted this evening.’

Three boys aged eight, 10, and 11, had died in hospital after they were pulled from the freezing water at Babbs Mill lake in Kingshurst, near Birmingham, on Sunday afternoon.

The 10-year-old victim was named locally as Jack Johnson, with tributes calling him an ‘amazing’ boy who tried to save the others after seeing them go under when the surface cracked.

A neighbour described how the boys saw that it had been snowing ‘and wanted to go and play’.

Jack’s aunt Charlotte McIlmurray said he bravely went into the water to rescue the three other boys.

She wrote on Facebook: ‘The 10-year-old boy is my nephew. He saw one go through the ice and he ran and tried to save them.

‘Our prayers and thoughts are with the other family. We are just broken over it. To find out he died trying to save 3 lads he didn’t even know, that just sums him up. He was amazing.’

Piles of flowers left near the scene included tributes from the emergency services, the NHS, local politicians, Marston Green FC and friends of the boys.

Several bouquets had cards dedicated to Jack, while others paid tribute to another boy by name, saying: ‘To Thomas, The world will not be same without you’ and ‘Thomas, rest in peace. Love from Earl.’

Emergency services were first called to the scene at 2.36pm on Sunday, where it was reported four children had been playing on the ice and fallen through into the lake.

Members of the public and police officers initially went into the chilly waters to try to get the youngsters out, before the children were reached by specialist water rescue-trained firefighters who got the group to safety.

Those pulled from the water were given immediate life support by ambulance and fire service personnel before being rushed to two Birmingham hospitals; Birmingham Children’s and Heartlands, where they all arrived in critical condition.

During a news conference at an entrance to Babbs Mill nature reserve, Superintendent Richard Harris, of West Midlands Police, said the families affected by the tragedy are ‘absolutely devastated’.

He told reporters: ‘Also this time of year, it’s on the run-up to Christmas, so close to the event itself, also adds to that tragedy.

‘But as you can imagine the families are absolutely devastated, which is why we’re doing our very best to support the families.

‘And obviously we’re abiding by their requests at the moment as to how much information that the families want us to make available to the media so we’re doing everything we possibly can to support them.’

West Midlands Fire Service area commander Richard Stanton said the deaths of the children were a tragic reminder of the dangers of open water.

Appearing beside Supt Harris, Mr Stanton said: ‘Frozen lakes, ponds, canals and reservoirs can look picturesque but they can be lethal and there are no greater warnings of this than yesterday’s tragic events.

‘We would ask parents and carers to remind their children of the dangers of ice and why they must keep off it. Please help us to avoid this from happening again.’

Temperatures are thought to have plunged to 1C (34F) in the area at the time of the incident, falling to minus 3C (26F) overnight.