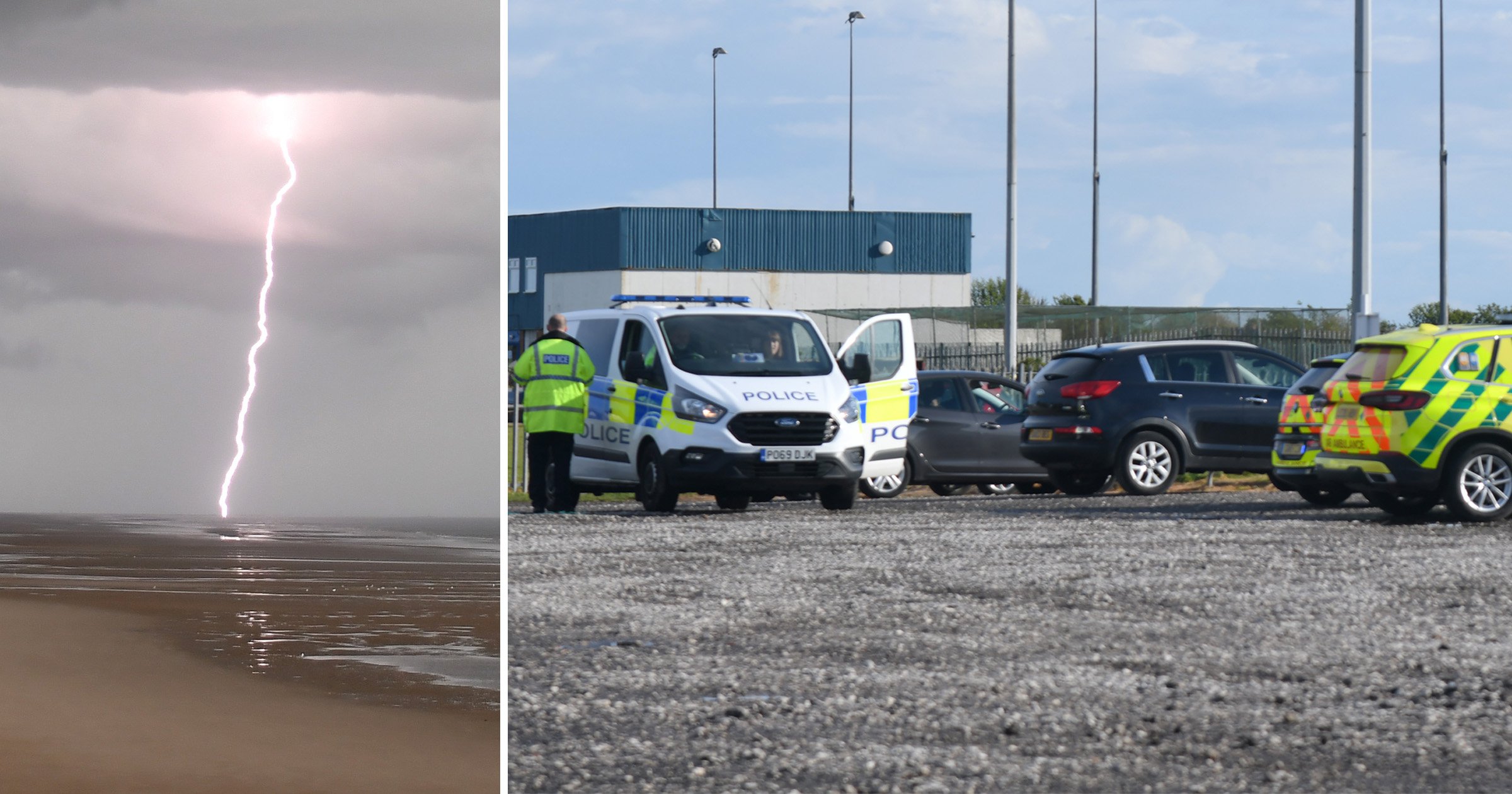 A nine-year-old boy has died after being struck by lightning while playing football.

The boy was hit at around 5pm on a football field during a freak thunderstorm in Blackpool, Lancashire.

Emergency services rushed the boy to hospital with serious injuries but he died a short while later.

A Lancashire Police spokesman said: ‘A nine-year-old boy has sadly died following an incident on a football field shortly after 5.05pm today.

Although enquiries are still ongoing, at this time we believe the boy had been struck by lightning.’

Spirit of Youth Junior FC said the young boy was having a private coach session at the time.

Club secretary Daniel Pack said three teams were supposed to train this evening but the sessions were cancelled due to the storm.

He said: ‘The whole committee is devastated and our thoughts are with the boy’s family and the coach.’

The boy’s family have been informed and are being supported by officers, the force said.

Det Supt Nick Connaughton added: ‘This is a truly devastating incident and our thoughts are wholeheartedly with the family and friends of the young boy, who has passed away, at this very sad and distressing time.’

Road closures were put in place in the immediate area but these have since been lifted.