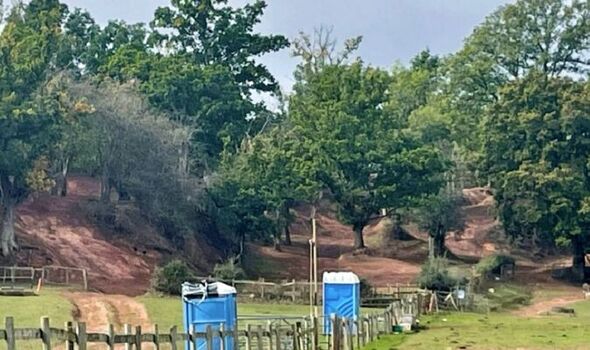 A nine-year-old boy has died and a young girl was taken to hospital with injuries when a 4×4 they were travelling in overturned on an off-road adventure course. The tragic crash happened at Coney Green Farm 4X4 Offroad Site in Stourport-on-Severn, Worcestershire on Saturday afternoon. West Midlands Ambulance Service said when they arrived shortly after being called at 4.45pm, they found an overturned vehicle.

A boy was discovered to be in a critical condition but unfortunately, nothing could be done to save him and he was confirmed dead at the scene.

Four other people travelling in the vehicle were assessed by ambulance staff, with a girl receiving treatment for life-threatening injurie before she was taken to hospital.

In addition, a man, a woman and a second boy were also taken to the same hospital as a precaution

A spokesperson for West Midlands Ambulance Service said: “We were called at 4.45pm on Saturday to reports of a single vehicle RTC off Ribbesford Road, Stourport on Severn.

“When crews arrived they found an overturned vehicle. One occupant, a boy, was in critical condition. Sadly, nothing could be done to save the boy and he was confirmed deceased on scene.

“Four other occupants of the vehicle were assessed by the team of ambulance staff. A girl was given treatment at the scene for non-life threatening injuries before being conveyed to Worcestershire Royal Hospital.

“A man, a woman and a second boy were also taken to the same hospital as a precaution for further checks.”

A spokesperson for West Mercia Police said: “Around 4.45pm on Saturday we were called to reports of a single vehicle collision at Coney Green Farm, Stourport-on-Severn.

“Police attended alongside colleagues from West Midlands Ambulance service. An off-road vehicle had overturned and one passenger, a nine-year-old boy, died at the scene.

“The driver and three other passengers received non-life threatening injuries. Officers would like to hear from anyone with any relevant information.”