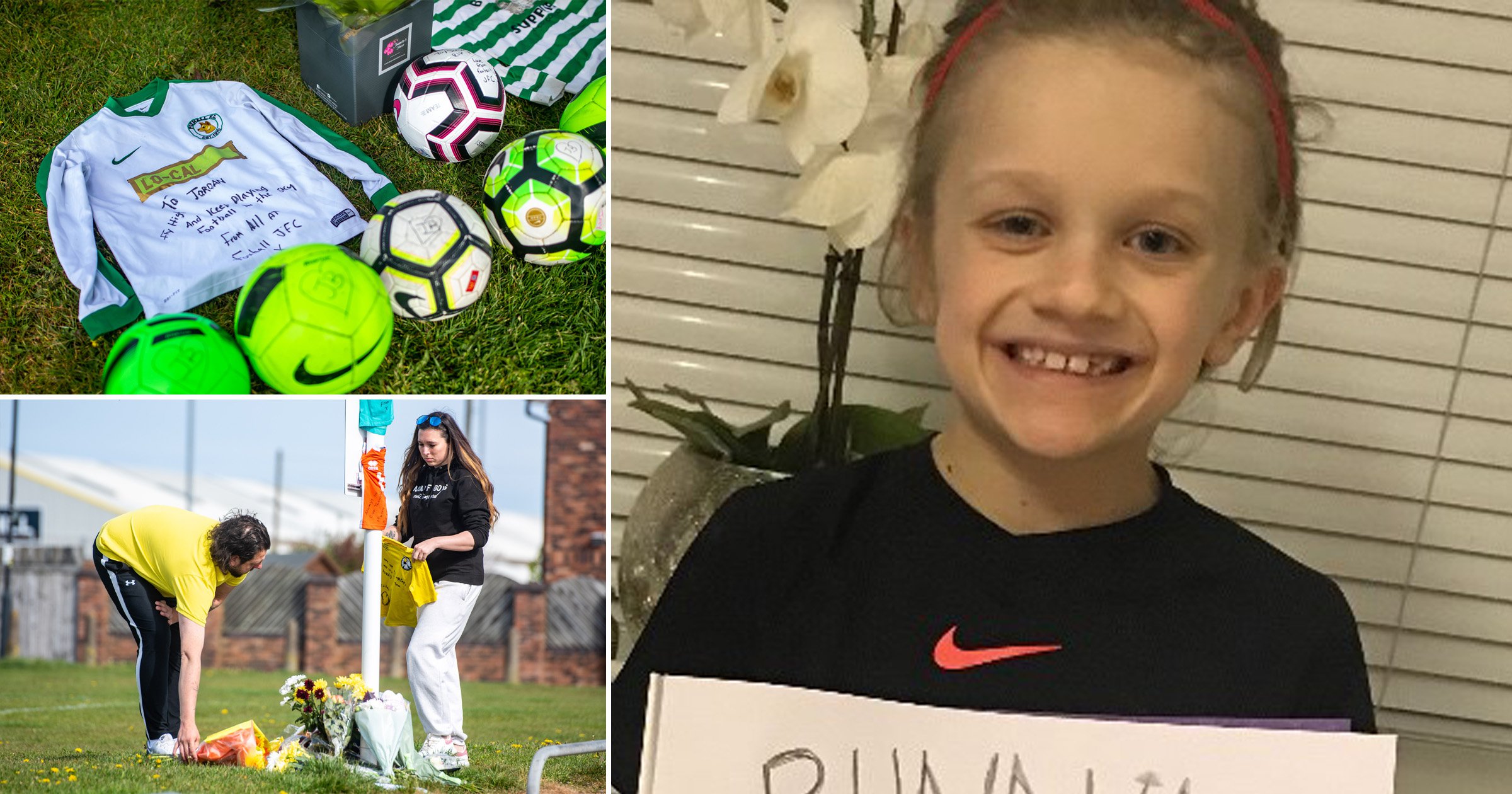 Heartbreaking tributes have been paid to a young boy killed by lightning while playing football.

The nine-year-old, who has now been named as Jordan Banks, was thought to have been struck at around 5pm yesterday when a freak thunderstorm hit.

Flowers, football shirts and messages of condolence have been left at the field in Blackpool, Lancashire, where he died.

One message written on a shirt reads: ‘To Jordan, fly high and keep playing football in the sky. From all at Foxhall JFC x’

Several footballs with the initials ‘JB’ are also laying at the site.

Spirit of Youth Junior Football Club, which uses the field as its home ground, said the community is ‘heartbroken’ by the news.

‘It is with deepest regret that we have to report the news that the young boy who was struck by lightning earlier this evening has sadly passed away,’ a club spokesperson said.

‘The tragic incident happened on our home ground at Common Edge playing fields but it was not during a club training session.

‘As a club, we are heartbroken and we offer our deepest condolences to the boy’s family.

‘Spirit of Youth is a family and we are entrenched in the local community, and we will give whatever support is required to both the family and to those that were with him at the time.

‘We would ask that people respect the privacy of the family at this most tragic of times.

The child did not play for Spirit of Youth, but it is understood he was taking part in a private coaching session.

Thousands of tributes have also been paid on social media by people across the country.

The headteacher of a nearby school wrote on Twitter: ‘The thoughts of everyone Unity Academy Blackpool are with the family of the young boy who sadly lost his life after being struck by lightning in Blackpool last night.’

And a local church said it would be dedicating two of its masses today to the young child.

‘Today we especially remember the young boy who was tragically struck by lightning,’ said a spokesperson from Parish of Christ the King and St Kentigern.

Emergency services said they rushed the boy to hospital with serious injuries yesterday but he died a short time later.

Investigations are still ongoing but officers believe he was struck by lightning.

A Lancashire Police spokesperson said: ‘A nine-year-old boy has sadly died following an incident on a football field shortly after 5.05pm today.

‘Although enquiries are still ongoing, at this time we believe the boy had been struck by lightning.’

They added the boy’s family are being supported by officers.

Detective superintendent Nick Connaughton said: ‘This is a truly devastating incident and our thoughts are wholeheartedly with the family and friends of the young boy, who has passed away, at this very sad and distressing time.’