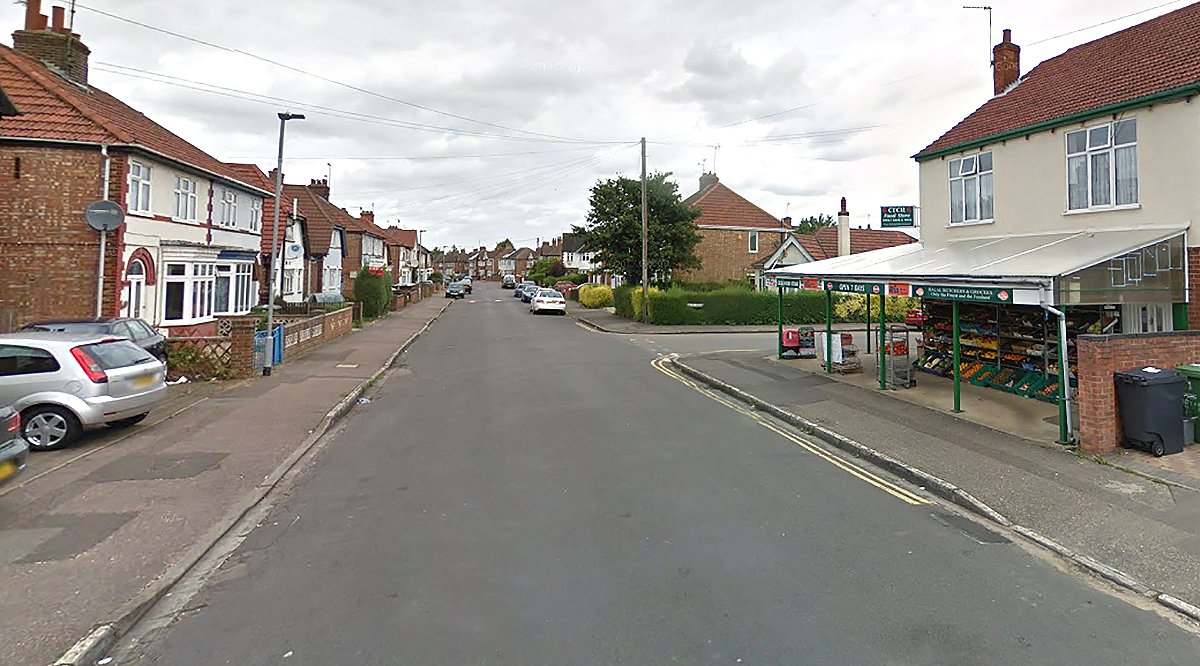 A stranger who randomly stabbed a nine-year-old boy in the street is being hunted by police.

The child was walking with his brother on Peveril Road, in Peterborough, on Saturday afternoon when a man attacked him and then ran off.

The boy was hurt on his face and head and was taken to hospital by air ambulance.

He is currently in a stable condition in hospital and the scene of the crime has been sealed off.

Police have launched a manhunt for the suspect and have described him as an ‘Asian man who was tall, skinny, scruffy in appearance with black short-to-medium length messy hair and was wearing black jogging bottoms and a big coat’

The Cambridgeshire force are appealing to the public for information.

Sergeant Jason Hancock said: ‘We understand this will be a concerning incident for members of the public, however we have got officers carrying out enquiries and doing all we can to identify the offender.

‘While this appears to be a random attack, we believe this was an isolated incident and have not received any further reports of this nature.’