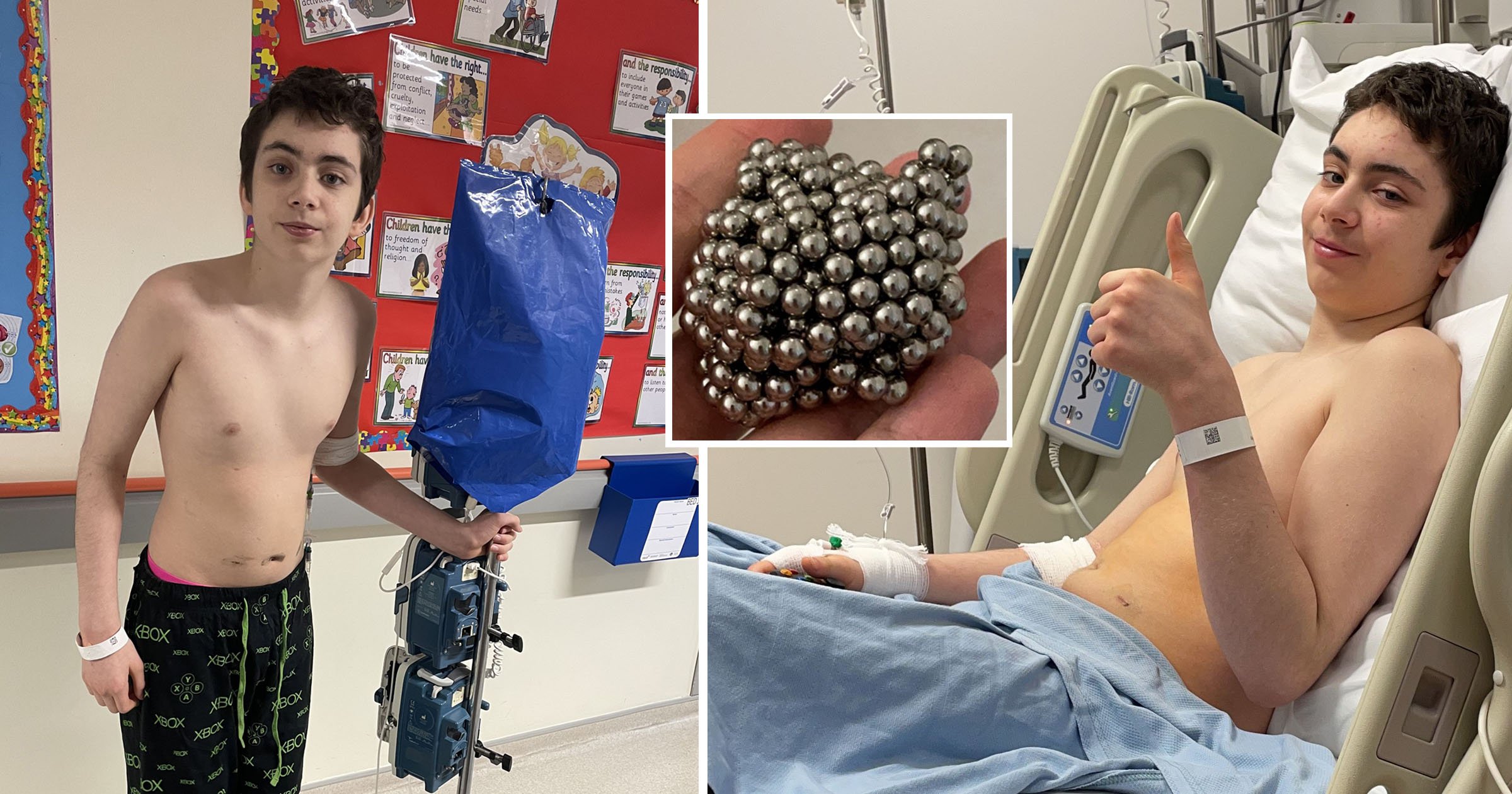 A science-mad boy had to have six hours of life-saving surgery after he ingested dozens of magnets for an experiment.

Rhiley Morrison, 12, swallowed 54 magnetic balls to see if he could get metal stick to his stomach and what they looked like when he went to the toilet.

He swallowed one batch on January 1 and the second on January 4. When they failed to pass through his system, Rhiley woke up his mum Paige Ward, 30, at 2am and told her that he had swallowed two by accident.

An x-ray revealed that there were many more than that and, fearing that they could burn through his organs and kill him, he was rushed to surgery for a six-hour operation.

Rhiley, from Prestwich, Greater Manchester, spent 10 days unable to move without vomiting up a green liquid caused by his bowel leaking and he had to be fed through a tube.

Paige said: ‘Rhiley is massively into science, he loves experiments, he eventually admitted “I tried to stick magnets to me, I wanted to see if this copper would stick to my belly while the magnets were in”.

‘It’s just so silly, but he’s a child and that’s what kids do. He also thought it would be fun seeing them come out the other end.’

Rhiley was released from hospital after more than two weeks.

Mum-of-four Paige said: ‘It was heartbreaking watching him go through all that, just horrible. I think it’s especially difficult because of Covid because he couldn’t have any visitors.

‘It was horrible to see him not able to sit up and being so sick every time he moved because this fluid was sloshing around inside him.

‘I’d managed to hold it together all the time but it wasn’t nice seeing him in that much pain.

‘When they tried to put the catheter in he had pins and needles through his body and told me “I feel like my insides are going to explode”.’

She added: ‘A trauma nurse came in and told me she deals with kids like Rhiley who’ve eaten magnets all the time.

‘Another doctor said he’d seen a child who’d swallowed two who ended up with part of their bowel removed so Rhiley was very lucky with 54.’

Paige has now thrown all the magnet toys out.

‘Many parents assume that, if they can buy something, it must be safe. Paige is doing a great service for other families by speaking out about these hidden dangers.’