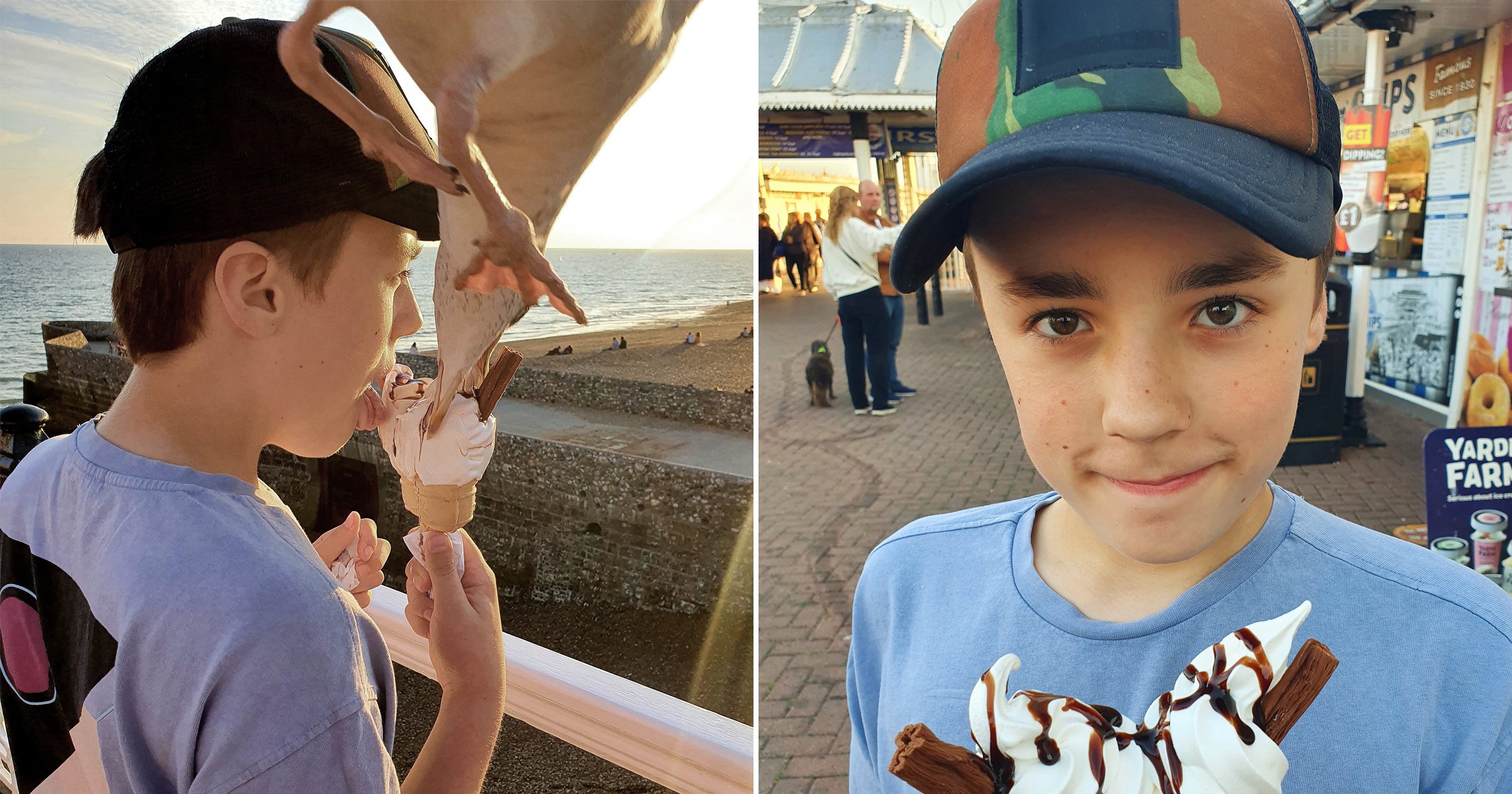 A child’s picture-perfect moment by the seaside was interrupted by a greedy seagull.

The brazen bird tucked into Hugo’s delicious-looking ice cream while his mum Kasia Holzer was taking a snap.

But a series of photos showed the 11-year-old had remained calm despite being robbed at Brighton Pier, on Wednesday.

One image shows Hugo beaming as he clutches his double cone Mr Whippy, smothered in chocolate sauce and adorned with two flakes.

The next shows the cap-wearing boy as he happily scoffs his treat, oblivious to the incoming airborne threat.

A dramatic third shot shows the greedy gull swooping down from behind to steal a mouthful of Hugo’s ice cream while he was licking it.

But he continues to stare out at the sunset while his ice cream is devoured.

Mum-of-three Kasia, 38, who posted the images online, said: ‘I was just capturing him enjoying his ice cream while watching the sunset. Totally forgot that we need to watch out for the seagulls.

‘I was so content in that moment. The bird only took a bite of the ice cream. Even missed a flake. Hugo decided to continue eating the ice cream – five seconds rule.

‘He was in shock and he wasn’t impressed!’