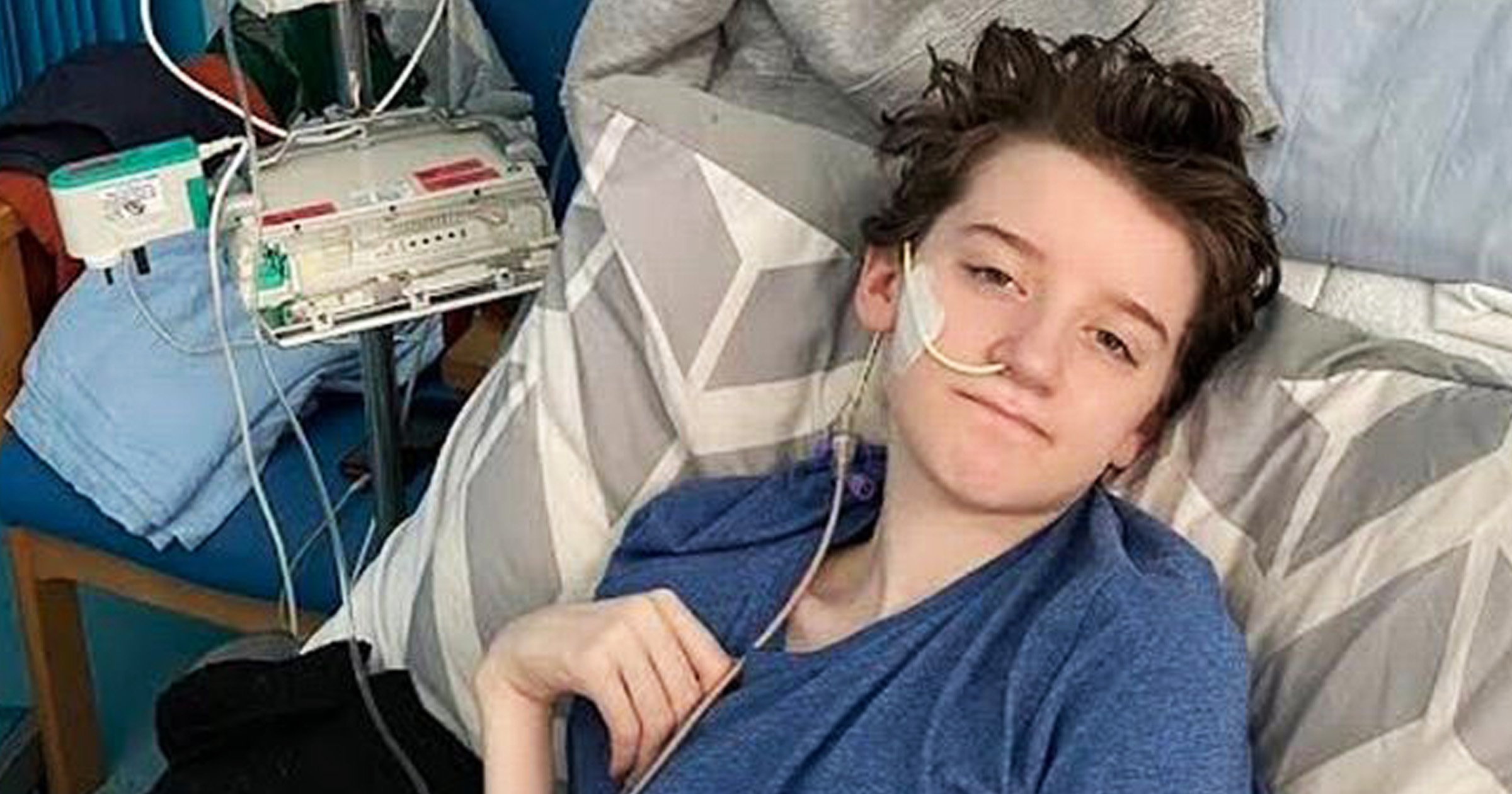 The family of a young teen suffering from ‘suicide disease’ is calling on the public’s help to raise enough money for a ‘magic’ machine.

Alfie Walton, 15, saw the pain of a sprained ankle tear through his body, leading to a diagnosis of complex regional pain syndrome (CPRS).

The rare and little-understood condition sees a person experience relentless pain – even a bump or touching bedsheets can be seriously painful, the NHS says.

And pain is all the Alfie has known since April 2019 after he suffered a sprained ankle while doing cross-country running in Taunton, Somerset.

The ankle pain in his right leg soon spread to his left leg before reaching his stomach, causing him to be fed by a tube.

Last year, he lost the use of his right arm and his left arm is his only working limb.

Alfie now struggles to do ‘all the normal things his peers are able to do’ and his dreams of being a vet feel dashed, mum Hannah says.

She said: ‘Now, it is very hard for him to see what his future is going to be like. All he can think about at the minute is the pain and it takes over completely.’

His sprained ankle was only meant to take eight weeks to heal, Hannah said, but doctors revised their estimate to 10 and then 12 weeks as the injury worsened.

‘It started swelling randomly and changing colours and he was getting burning red patches on it,’ Hannah said.

‘We realised how life-changing it was sooner than that because it spread to both of his legs, and after his first hospital stay, he came home in a wheelchair because prior to that, I had to be carrying him everywhere,’ she added.

‘The pain is a stabbing, burning pain. So he feels like he is burning from the inside out.’

But Hannah has found a shot in the dark for her son: A ‘magic wand’ of a machine that can ease Alfie’s never-ending pain.

The device, called VECTTOR, acts almost like acupuncture. Rather than needles, the machine uses electricity to stimulate nerves to produce certain chemicals called neuropeptides that effectively reset the nervous system.

‘It sounds just like a magic wand,’ Hannah said.

The mum has spoken with Dr Rhodes and is hoping to raise £10,000 on GoFundMe to visit him in Texas next year for Alfie to receive treatment.

‘Whether he will be able to walk again remains to be seen but to be free of the debilitating pain will give him back so much quality of life,’ Hannah said on the page.

‘I can’t put into words what this will mean to us and we are so grateful in advance for any donations or simply for sharing this page and creating awareness for this horrendous illness.’

Healthcare experts to this day have no idea why the trauma of an injury can lead to CRPS.

All they do know is that everything from the skin of the body to the brain and spinal cord slowly changes as the body responds to an injury in an abnormal way.

The Reflex Sympathetic Dystrophy Association, an American support group, says of CRPS: ‘If Hell were a medical condition, it would look like [CRPS].’

If you’re a young person, or concerned about a young person, you can also contact PAPYRUS Prevention of Young Suicide UK. Their HOPELINK digital support platform is open 24/7, or you can call 0800 068 4141, text 07860039967 or email: [email protected] between the hours of 9am and midnight.