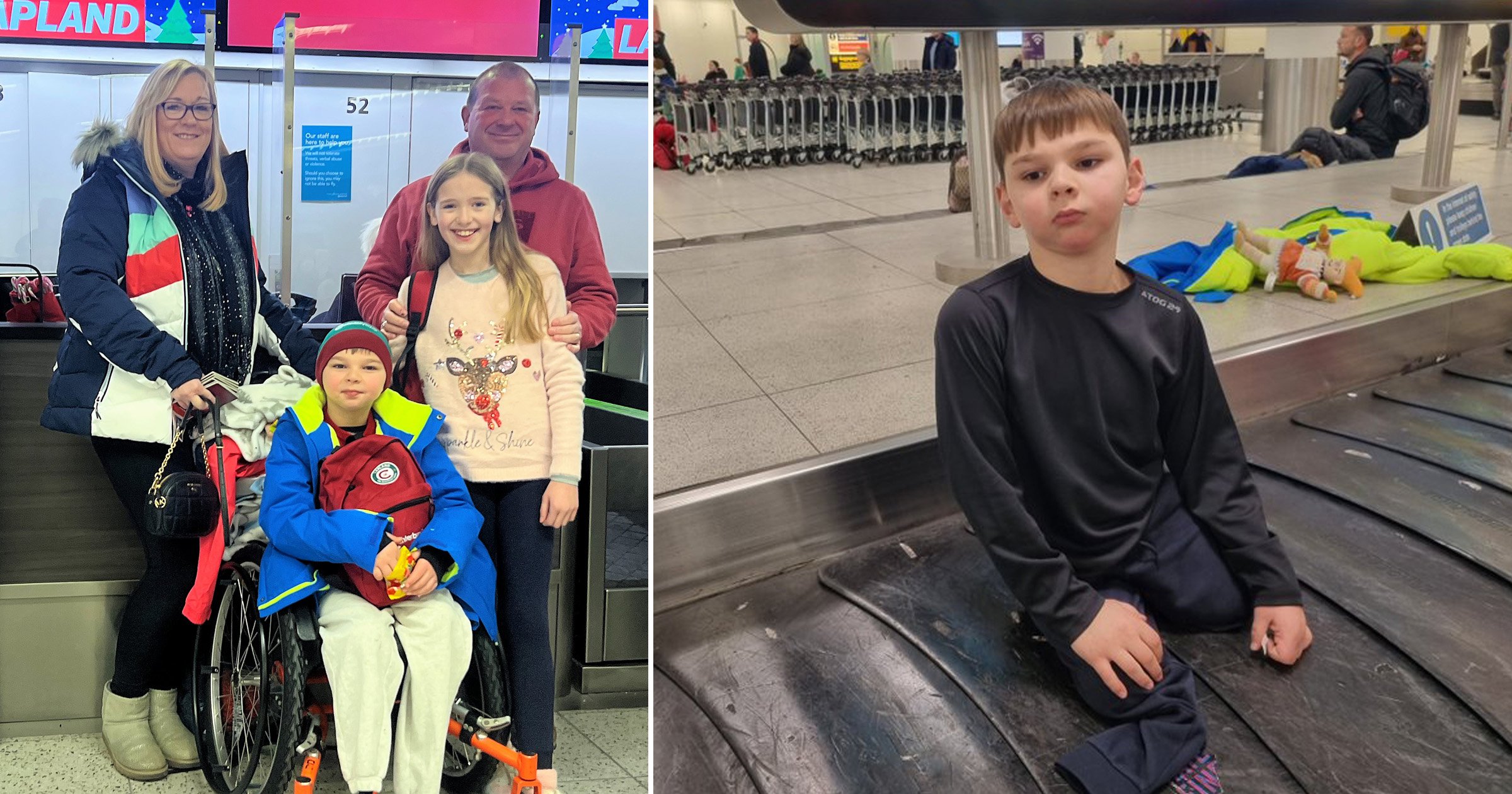 A boy, 8, who lost both of his legs after his birth parents subjected him to horrific abuse was left stranded at Gatwick Airport in the early hours of this morning.

Tony Hudgell’s £6,500 wheelchair was missing when he and his adoptive family landed on a Jet2 flight from a ‘magical’ trip to Lapland to meet Santa.

After waiting for five hours for it with ‘no help’, it finally arrived – but it was ‘twisted and bent’.

The situation emerged despite his adoptive parents Paula and Mark pre-booking assistance.

The family had already been hit by a 4.5 hour delay while travelling back to the UK as snow and ice hit the country.

Furious mum Paula has tweeted about the ‘appalling’ situation, saying ‘his wheelchair is his legs’.

She tweeted a photo of a forlorn-looking Tony on an unused luggage conveyor belt at 3am.

‘Appalled with @jet2tweets @gatwick_airport have been stranded for 3 hrs now with no wheelchair as its still on the plane’, she wrote.

A Gatwick Airport spokesperson has named the situation ‘unacceptable’ and apologised ‘for the distress caused to the Hudgell family’.

‘This is unacceptable and we have picked it up as a matter of urgency with the airline, Jet2, and their ground handler, Menzies’, they said.

‘We experienced significant disruption last night and had to close the airport for a two-hour period for safety reasons.’

Jet2 replied on Twitter at 5.20am, saying they were ‘incredibly sorry to hear of your experience’.

They said they were contacting their team at Gatwick to solve the situation – but Paula replied saying it was ‘sorted now but five hours too late as far as a wheelchair user needs ignored’.