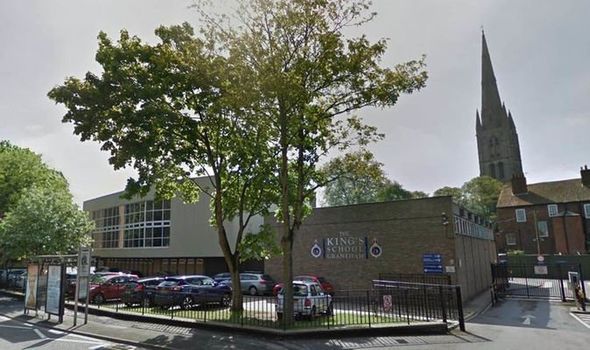 Pupils at boys-only The King’s School in Grantham, Lincs, were involved in an Instagram broadcast on issues raised by the death of Sarah Everard when the “repugnant” comments were said to have been made. Headmaster Simon Pickett said the school would take “appropriate action” and he was in touch with police. One local woman became aware of the comments and complained to the school. The woman, who did not wish to be named, said: “There have been some disgusting comments regarding women and sexual assault made by Year 12 and Year 13 students. Whilst I do think that it is up to the schools to deal with their students, I also think it’s unacceptable for these comments to be made on a public forum with no repercussions.”

Mr Pickett said the comments were “completely unacceptable”, and “did not remotely reflect the views of the school”. He said: “In the wake of national reaction to the tragic death of Sarah Everard and the issues it has raised around the safety of women and girls, one of our students initiated a Live Stream on Instagram.

“He had hoped for a sensible, reasoned debate on the question of whether a 6pm curfew should be imposed on men.

“Unfortunately the thread was quickly hijacked by students across the country, many of whom posted sexist and misogynistic comments that were completely deplorable. As soon as we heard about this we carried out an urgent investigation and – most regrettably – found that a very small number of our own pupils were among the many posting repugnant comments.

“This online activity was totally contrary to The King’s School’s values and ethos and appropriate action is being taken.”

Nicola Welbourne, whose daughters attend neighbouring Kesteven and Grantham Girls’ School, said: “What is truly shocking is that these views were expressed by what are considered to be well-educated young men.

“When these chaps graduate from university – which inevitably a lot of them want to do – they are likely to go into management and positions of authority.

“What kind of attitude are they going to bring with them?”

The Lincolnshire school’s website says it is committed to developing young men who leave as “fully-rounded individuals”.

A formal complaint, by another parent, said The King’s had failed in its duty to promote equality. Their letter said: “Young people are growing up with an expectation that this type of behaviour is the norm. It must be stopped.”

The King’s School was founded in 1528 and its former pupils include the scientist Sir Isaac Newton.