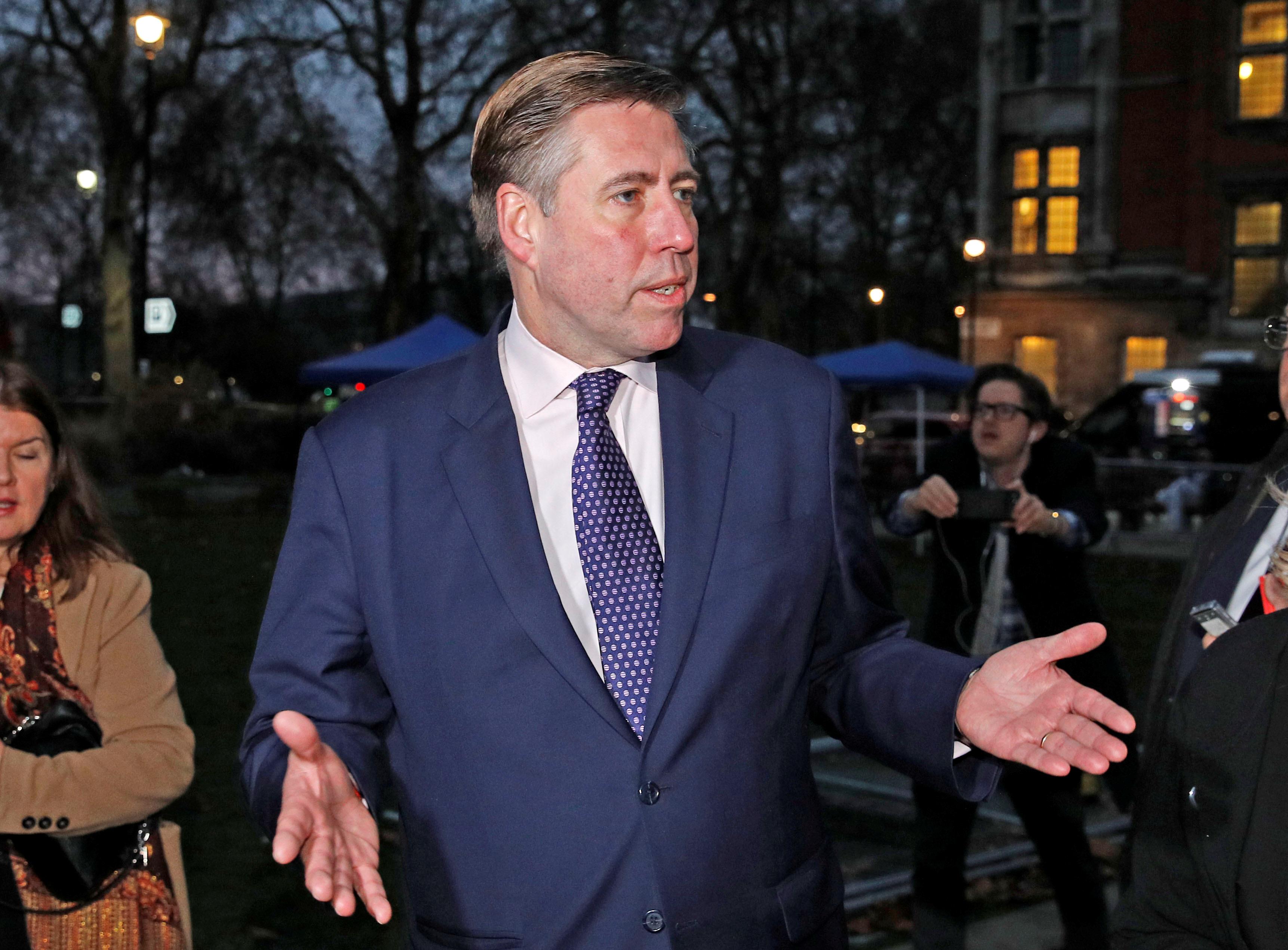 LONDON (Reuters) – An influential lawmaker in British Prime Minister Theresa May’s Conservative Party said he was hopeful that the government would back his amendment calling for the Irish backstop element of her Brexit deal to be replaced by alternative arrangements.

“I hope so,” Graham Brady when asked if the government would support his proposal when parliament debates how to break a parliamentary deadlock on Tuesday over how to proceed with withdrawal from the European Union.

“I am hoping the way in which the amendment is crafted can attract that very broad support and if we can win the vote on my amendment then I think it gives the prime minister enormous firepower,” Brady, the chairman of the influential 1922 Committee of Conservative lawmakers, told BBC radio.

He said despite May’s deal being defeated in parliament by 230 votes, it did not mean it was dead.