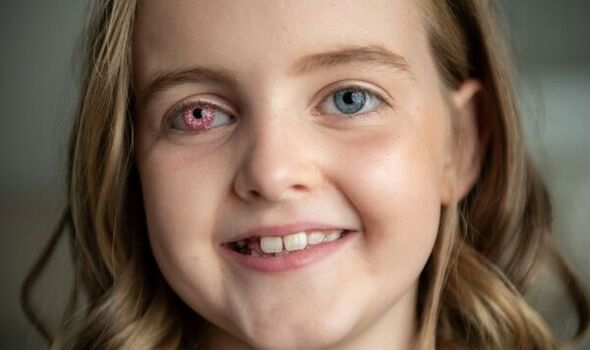 At just 14 months, Daisy Passfield, now eight, had a tumour in her retina.

Unfortunately, she relapsed after chemotherapy and had her right eye removed when aged two to stop the cancer spreading.

After years with a blue prosthetic substitute, she opted this summer for a pink version.

Daisy, of Abbots Langley, Herts, said: “I’m so excited to show everyone at school. I have been told it looks like a superhero eye.”

Daisy’s mother Alysia, 30, first spotted an issue in 2015 when studying a photo. It was found to be retinoblastoma – a condition that hits 50 UK kids a year.

The mum of three said: “It was a shock – but Daisy is one of the most confident people I have met.”