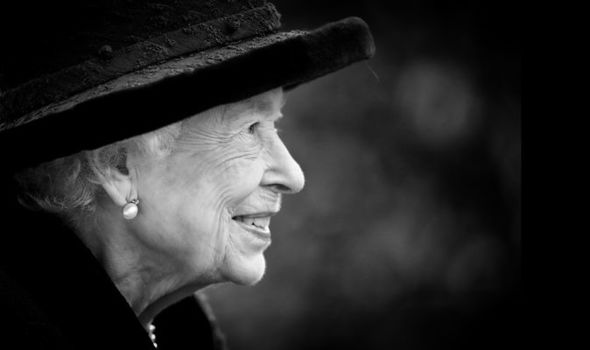 Doctors had told the 95-year-old monarch to remain on light duties for two weeks after spending a night in ­hospital last month for “preliminary investigations”. But she was cleared to take a 50-minute helicopter ride from Windsor to her Norfolk estate in Sandringham, where she was recently pictured enjoying a morning drive in the passenger seat of a Range Rover.

While she will miss the annual Festival of Remembrance on 13 November Her Majesty, who is commander-in-chief of the Armed Forces, is determined to attend next week’s commemorations at the Cenotaph, which we will oversee from a balcony.

And last night military chiefs and historians told of the symbolic importance that her appearance, as one of the few survivors of the Greatest Generation, would have on the nation.

“Her long reign and experience during the war has an authority and standing that we will not see again,” said military historian Brig Allan Mallinson.

“She was in uniform at the time the country was at war – she didn’t shirk it – and that counts for a lot. Almost everyone in uniform will understand this.

Gen Lord Richards of Herstmonceux, head of Britain’s Armed Forces from 2010-2013, said that her consistency and devotion to duty continue to provide reassurance to all ranks.

“It has always been so reassuring to see her there on that day. Her role in our lives is hugely significant and this day symbolises it,” he said.

“In the toughest times of my tenure as head of the armed forces, aggravated sometimes by the challenge of dealing with politicians who had legitimate though shorter term horizons, the knowledge that Her Majesty is ultimately our inspiration and authority was hugely reassuring.

“While we take orders from the government, our ethos, history, and inspiration come from Her Majesty. That knowledge is a vital guide in our decision making.”

“It was the first total war, and the unveiling of the cenotaph and burial of the Unknown Soldier was very important,” she said.

“The Monarchy took on the role of custodian for this. It acted out symbolic rituals which allowed this grief to be present in public. It became a symbol of national grief, and it is a role that remains to this day.”

She added: “The change that is coming with the passing on from the last generation to have fought during the Second World War is going to be very big. It will affect those attending those veteran parades.

“The immediate personal link of having someone who lived through the Second World War will go. Remembrance will be about continuity of historical memory rather than personal grief over those one knew personally.”