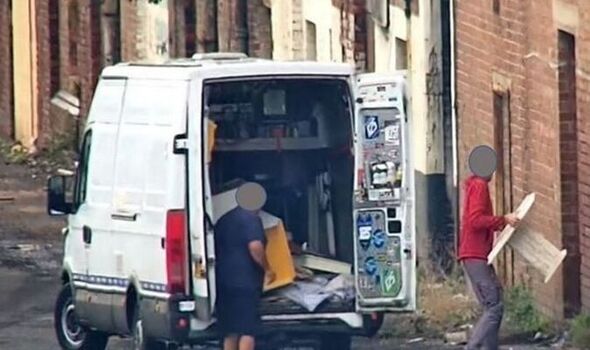 Two men face losing their van after they were caught on camera dumping old furniture in a residential street.

The culprits seemed unaware they were being captured on CCTV as they left items on the street.

Liverpool City Council has continued its strategy of publicly shaming fly-tippers who have been caught in the city.

In its latest post, the local authority shared an image of the two men unloading items from the back of a van onto a street in Kirkdale, reports The Liverpool Echo.

The council wrote: “Hi guys, not sure why you didn’t drive another 10 mins to take this bathroom furniture to Otterspool Recycling Centre?

“If you did, we wouldn’t now be looking at taking your van. Expect a fly-tipping letter shortly. Yours, Liverpool City Council.”

The action has received support online.

One Twitter user said: “Good job; maximum fines needed,” while another added: “I’m here for this type of action. Keep it up.”

The council has shamed a number of fly-tippers in recent weeks.

“This included the driver of a white van, who had been seen dumping a mattress on a city road.

“On that occasion, the council said: “Dear white van driver, we have your mattress. And, thanks to CCTV, we also have your reg plate.

“Expect a letter in due course asking for an explanation for fly-tipping at this location.

The local authority also shared an image of a car driver who was caught dumping two boxes of tiles in Everton Park, rather than drive the short journey to the Old Swan Recycling Centre.

The council tweeted: “The driver of this car thought it a good idea to fly-tip 2 boxes of old kitchen tiles in Everton Park.

“If he’d taken them 2.5 miles down the road to Old Swan Recycling Centre, the cost would be? Free. Instead, thanks to CCTV, his bill this week? £400.”

Speaking about the council’s increasingly robust approach to fly-tipping, Cllr Liam Robinson, Liverpool City Council’s Cabinet Member for Neighbourhoods, said: “It’s a big bugbear of mine and I know everyone hates to see any fly tipping but thanks to investment in CCTV the city council is now able to pursue this individual.

“Under our new Keep Liverpool Tidy programme there’s a renewed focus on fly-tipping and I would suggest people really need to ask themselves, is a £400 fine worth the hassle? And that could rise even higher depending on the case.

“The city council provides bulky waste collections and have recycling centres for big items. All I would say is use them. They are free.”

People in Liverpool can report fly-tipping, which includes the dumping of old sofas or mattresses, chemical drums, tyres, and bags of rubbish, on the council website.