Boris Johnson became Prime Minister last month on the promise to take Britain out of the EU by October 31 and unite the country. Less than a week after his election, MPs on either side of the political spectrum were already discussing scenarios for getting rid of him. Many Tories who loyally supported Theresa May’s deal with the EU have become rebels, while the Brexiteers who frustrated Mrs May are now running the Government.

Despite a good claim to be the world’s oldest and most successful political party, Conservative unity seems again at risk.

In a op-ed for the Daily Express, Conservative AM David Melding wrote: “The stakes could not be higher for Party or nation.

“British politics is in a fierce crucible that could make new loyalties and burn up old ones. The intervention of Philip Hammond demonstrates the point.

“He asserts that Boris Johnson has no mandate to pursue a no deal Brexit. It would be he says a ‘betrayal of the referendum result’. 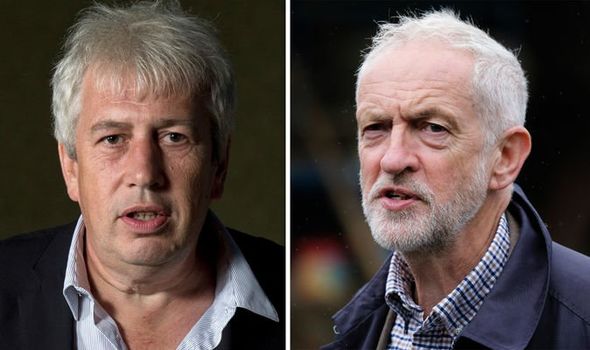 “The Prime Minister replied that ‘a terrible kind of collaboration’ with the EU is apparent.

“Not since the Forties has there been this level of disagreement between senior Conservatives. Then Robert Peel adopted a policy of free trade against the wishes of many Tories. The Party was split for 25 years.”

According to newspaper columnist Rod Liddle though, the Labour Party is even more in danger of a fatal split, as it appears to be more profoundly split on the issue of Brexit.

In his 2019 book “The Great Betrayal”, Mr Liddle commented on the enormous mismatch between what Labour MPs want and what their voters want.

He wrote: “The Labour Party’s divisions over Brexit are more acute, mysterious and tortuous than even those of the Conservative Party.

“Look for a moment at the maths.

JUST IN: Jeremy Corbyn warning: How Labour could ‘lead to housing shortage’

“Some 64 percent of all parliamentary constituencies showed a majority for Leave.

“Breaking this down still further, somewhere between 60 percent and 70 percent of Labour MPs represent constituencies that voted Leave.

“It is difficult to be more exact than this because the vote for the referendum was not held on a constituencies basis.

“Further, at least 72 Labour MPs represent constituencies that voted Leave by a considerable margin (i.e above 55 percent in favour of Brexit.)

“But, 218 MPs are believed to have voted Remain during the referendum, with only eleven voting Leave.

“To state the bleeding obvious for a moment, this shows an enormous mismatch between what Labour MPs wanted and what their voters wanted.”

“To state the bleeding obvious for a moment, this shows an enormous mismatch between what Labour MPs wanted and what their voters wanted.”

He noted: “Some 88 percent would vote Remain if a referendum was held again and 72 percent wish of a second vote because they didn’t like the result of the first one, according to a poll carried out by Professor Tim Bale from Queen Mary University of London in February 2019.”

The inconsistency between voters and MPs is also arguably one of the main reason Labour has never made crystal clear its position on Brexit.

On Monday, Jeremy Corbyn claimed Labour would campaign to Remain against a no deal Brexit in a second referendum.

However, when asked if the party would stay neutral given a choice between a Labour Brexit and remaining in the EU, Mr Corbyn declined to answer. 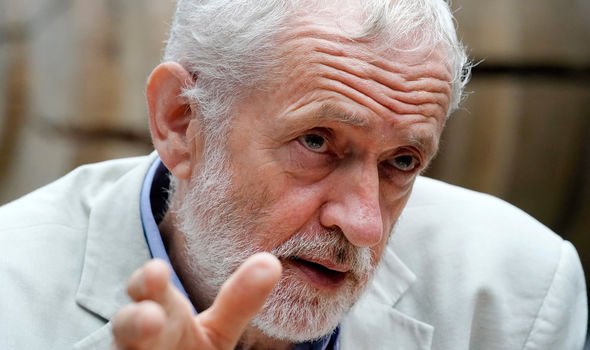 The veteran left winger has often been accused of having anti-EU sentiments, but hiding them because Labour in Parliament is heavily pro-remain.

Mr Liddle wrote in his book: “The problem for Corbyn and his likeminded cabal at the top of the party was that Labour in Parliament was heavily pro-Remain, especially among the vast numbers of dispossessed Blairites who had seen their part taken away from them.

“And while on some issues, such as nationalism and increased taxes, Corbyn could drive through a hard left agenda with the jubilant support of the party activists, the young Momentum hordes who now had control of the party apparatus, he found this much more difficult when it came to the EU, because his supporter base was hugely in favour of it.

“Thus Corbyn shifted his position a little; he made an accommodation.”

Mr Liddle added: “There was an overwhelming case for staying in the EU, he announced, having given the EU a mark of seven and a half out of ten.

“And, without very much enthusiasm, he campaigned for Remain in a singularly lukewarm manner, as far as his despairing backbench Blaire MPs were concerned.”