LONDON (Reuters) – A new party backed by Nigel Farage, the insurgent who helped shove Britain towards the EU exit, has a message for the country’s leaders: The foundations of the political system will explode if Brexit is betrayed. 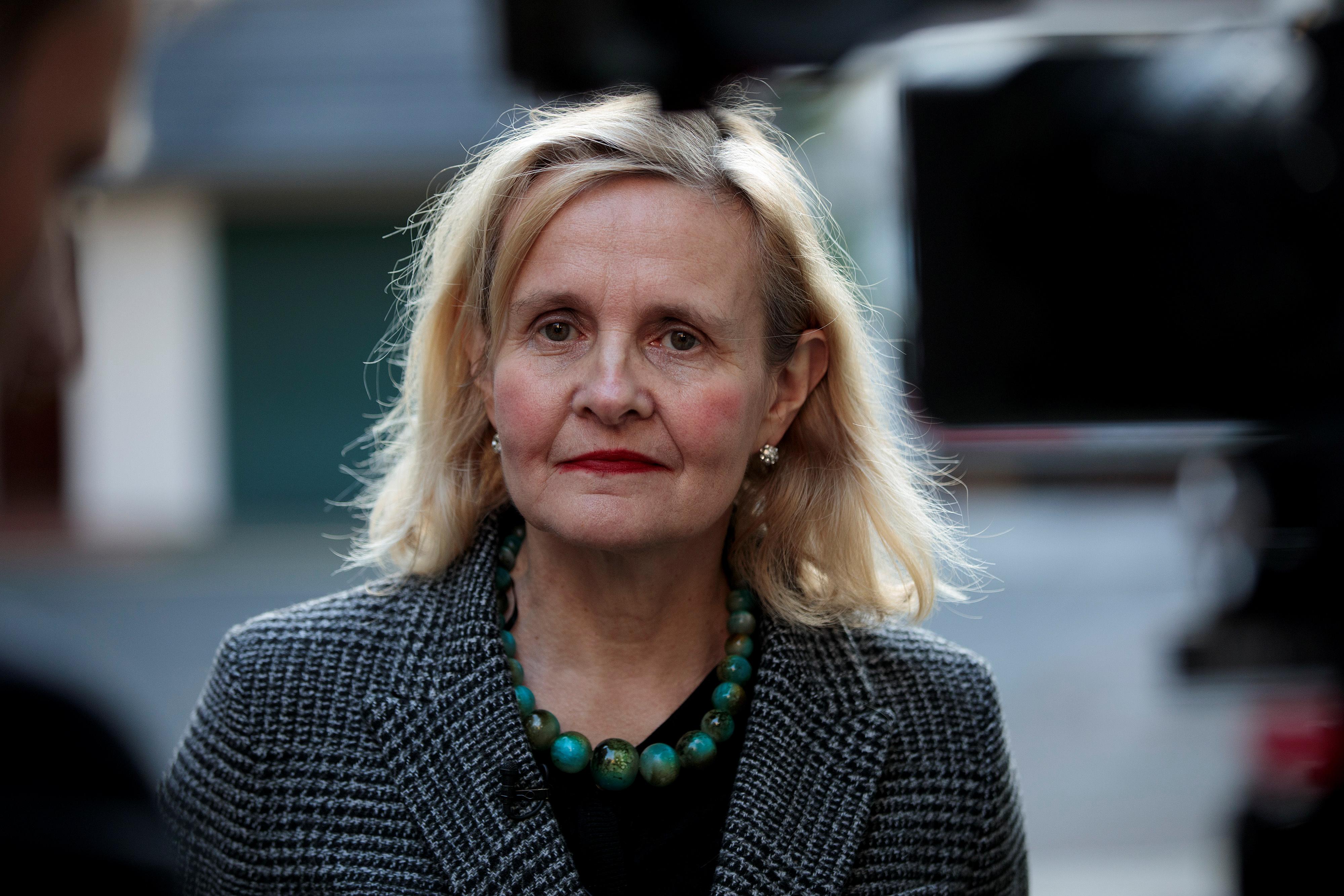 Brexit remains up in the air more than 2-1/2 years since the United Kingdom voted 52-48 percent to leave the European Union and supporters of Brexit fear it will be thwarted by a political elite that was broadly opposed to leaving.

Prime Minister Theresa May opened up the possibility of a delay to Brexit on Tuesday after negotiating a deal with the EU that parliament then refused to ratify.

Farage, who as leader of the Eurosceptic United Kingdom Independence Party put so much pressure on the Conservatives that in 2013 then prime minister David Cameron promised a referendum, has switched his support to the Brexit Party, which aims to fight the May European elections if Brexit is delayed.

“I think they will delay and betray,” Catherine Blaiklock, the 56-year-old founder of the Brexit Party, told Reuters.

“The two main parties will explode, I believe, and we will get new formations,” she said over lemonade at the Langham Hotel in London. “This is what the politicians don’t understand. We won’t put it back in the box.”

Last week eleven members of parliament from both main parties defected to form an Independent Group, in large part dismayed by the handling of Brexit.

Blaiklock, an Oxford-educated former currency options trader, said her party would seek the support of the 17.4 million people who voted for Brexit to harry both Conservative and Labour constituencies.

Founded this year, the Brexit Party has yet to face the voters. UKIP’s support peaked at 12.6 percent in 2015. It won 24 seats in the European parliament in 2014, but Britain’s electoral system meant it only ever won two seats in the House of Commons.

Europe, the United States and the West, according to Blaiklock, are facing a populist avalanche that will define their place in the 21st Century after years of misrule by ill-informed politicians living in the past.

Her support for Brexit comes from years on trading floors where she saw markets soar and implode: the euro, she says, will collapse as investors eventually ditch government bonds and money hemorrhages out of southern Europe to Germany.

“It is going to break up,” said Blaiklock, whose hero is Michael Burry, a hedge fund manager whose shorting of subprime mortgages ahead of the 2008 financial crisis won him a fortune and a place in Michael Lewis’s book, The Big Short.

“To some extent he was a bit like Nigel Farage. He took the abuse. He had a vision. He knew what was going to happen.”

Farage, who once posed with Donald Trump in a gilded lift, has been cast by enemies as a delirious racist though supporters credit him with a prescient contribution to the biggest political upset in modern British history – Brexit.

He now says Brexit is being betrayed by an out of touch elite who do not understand that if they thwart Britain’s exit then politics will be poisoned for a generation or more.

May herself has warned that British democracy will be undermined if Brexit is not implemented.

Blaiklock wants Britain to leave the EU without a trade deal and says the threat of economic damage from a potentially disorderly no-deal Brexit has been vastly exaggerated.

She said that the pound’s fall, the biggest-ever drop of any of major currency, after voting to leave the EU was “best thing that could have possibly happened” and wants a further 20 percent fall.

FROM TRADING TO BREXIT

Blaiklock is an unlikely politician. She made her money in financial markets, invested in property and had never voted until the 2015 general election because she claims she was too focused on her career, which spanned New York, Tokyo and London.

As a teenager, she spent four years in a care home because she had bulimia and her father, an Antarctic explorer, was struggling to help her.

“When I went to Oxford … I was so bulimic that I was not expected to reach 40. I was told don’t worry about smoking you will never get cancer,” she says.

Blaiklock has blunt views on such things as crime among black men, Muslims’ use of the veil, and food banks. She has written that high levels of testosterone could explain violence among young black American men.

In another blog, she called last month for the end of food banks for the poor because they are creating a “dependent, obese population”.    She invokes her own marriages as proof that she is not racist. Her first marriage was to a Nepalese Sherpa and then she married a black Jamaican man.

During the 2017 election campaign, Blaiklock once carried a large picture of her husband, saying: “I sleep with someone who is black.”

At times, she says things other politicians might avoid. 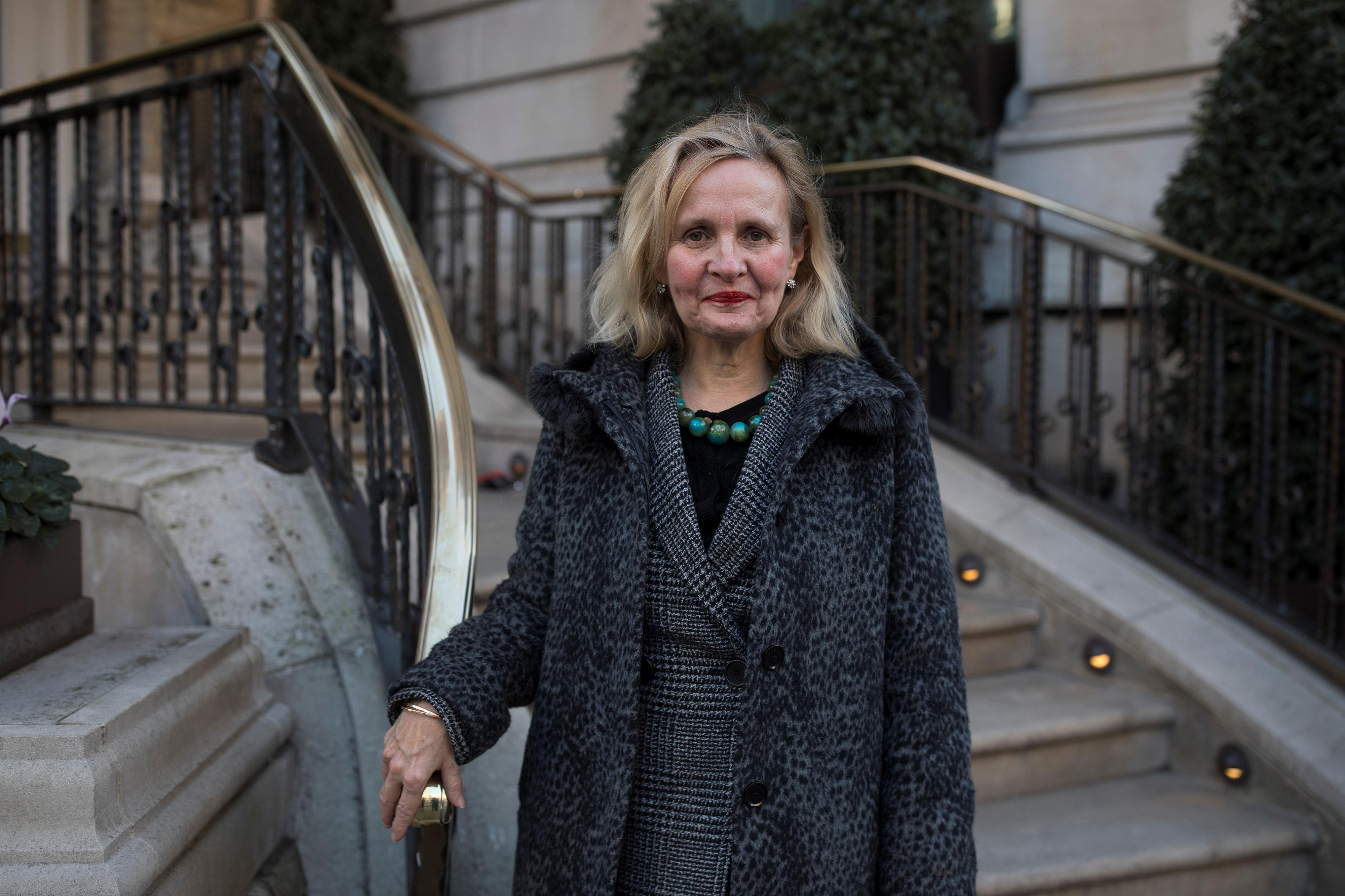 Explaining her penchant for travel to places such as Iran and eastern Europe, she said: “I don’t relax on beaches but I like going to concentration camps. Don’t say that. For God’s sake. No, don’t put that in.”

She detested growing up in Norfolk, where she lives, describing it as “intellectually devoid”. Her spokesman interrupts, advising against such comments.Is she then, as Cameron once said of UKIP supporters, a “fruitcake”, or a racist or a bigot?

“Do you think so? I think it takes a certain type of person to stick their head above the parapet,” she said. “It takes an entrepreneurial vision and that can be misinterpreted.”