The incident took place off the coast of Rockall in the North Atlantic, which the UK claims as sovereign territory. The Northern Celt was boarded by the Jura, a Marine Scotland patrol boat, and instructed not to fish within 12 miles of Rockall.

It had been preparing to cast its nets when the patrol boat, Jura, arrived.

Adrian McClenaghan, the vessels captain, was informed as an “EU vessel” he was no longer allowed to fish near Rockall.

Speaking to Irish broadcaster RTE he said: “We were fishing in Rockall and members of the crew from the Jura boarded us.

“They informed us that we could no longer fish inside the 12-mile limit of Rockall. 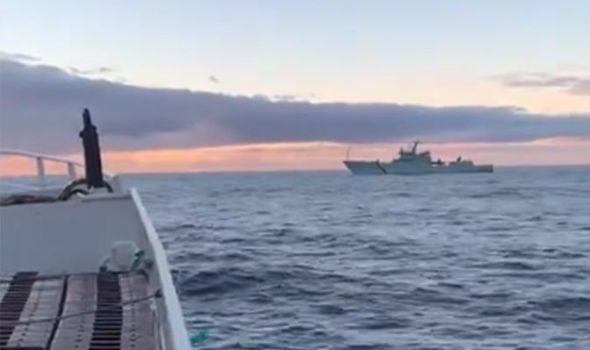 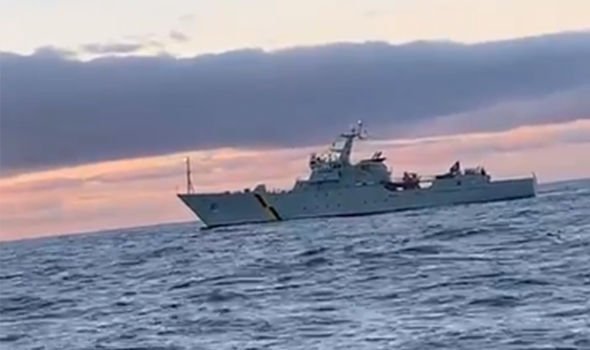 “The Scottish navy are continuing to patrol the 12-mile limit and we’re waiting on further instructions from the Department of Foreign Affairs on what their next move will be.”

According to RTE around 30 percent of his annual catch comes from around Rockall.

As a result Mr McClenaghan is worried his boat may no longer be financially viable if he’s blocked from UK waters. 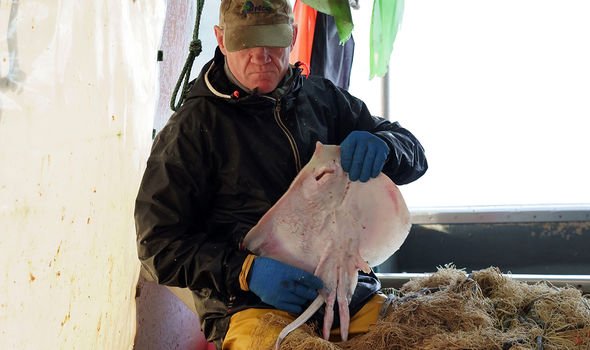 Ireland’s department of foreign affairs commented: “We aware of contact between an Irish fishing vessel and a Marine Scotland patrol vessel yesterday, 4 January.

“We are in contact with the Scottish and UK authorities on this.”

A spokesman for the Scottish government confirmed an Irish vessel had been stopped.

They said: “One Irish vessel was routinely inspected outside of territorial waters around Rockall. 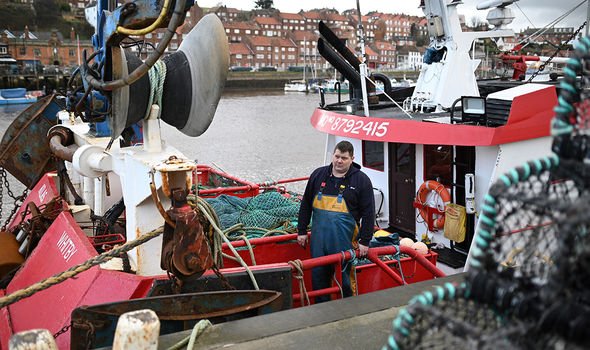 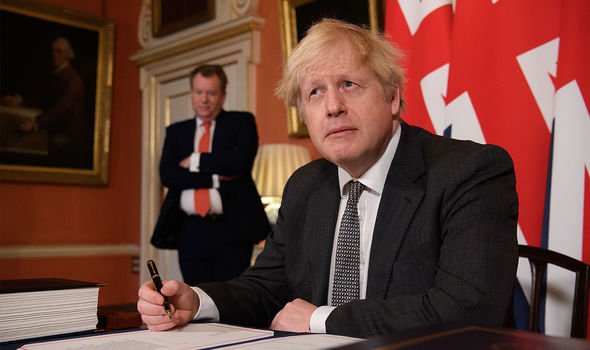 “The master requested clarification on the access rights granted by his licence to fish in UK waters.”

Britain claims sovereignty to Rockall, a small rocky outcrop, though this is not recognised by Ireland.

New fishing measures came into effect at 23:00 on December 31 after the UK exited the Brexit transition period.

Disputes over fishing had been one of the main stumbling blocks in trade agreement talks between London and Brussels.

A deal was finally agreed on Christmas Eve and swiftly passed through the UK parliament.

Under the agreement 25 percent of EU boats fishing rights in UK waters will be transferred to British boats over the next five years.

Following this adjustment period, in 2026, the UK will have access to an extra £145 million of fish per year. 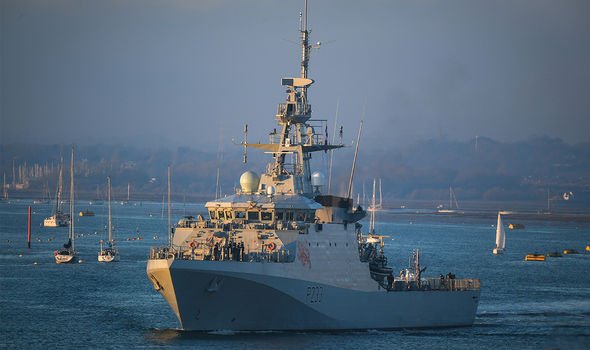 From this point annual negotiations will take place between the EU and UK to decide what quota, if any, European boats can take.

However if Britain blocks access completely the EU could respond by taxing the export of British fish.

Previously, as a result of its EU membership, the UK was subject to the European Common Fisheries Policy (CFP).