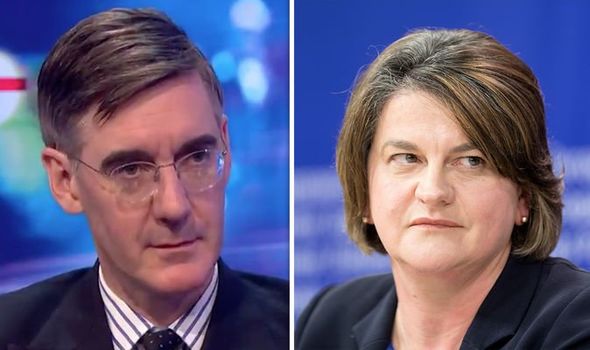 The leading Brexiteer made the pledge during an appearance on the ITV Peston politics show last night. The DUP said yesterday they could not support the agreement, which they see as a threat to Northern Ireland’s place within the UK. Theresa May has indicated she will stand down as Prime Minister if the agreement is passed.

On Peston Mr Rees-Mogg commented: “I have said I will support the DUP if the deal is brought back and they are still opposing it.”

Yesterday in a statement the DUP said: “Given the fact that the necessary changes we seek to the backstop have not been secured, and the remaining risk that Northern Ireland would be trapped in backstop arrangements at the end of the implementation period, we will not be supporting the Government if they table a fresh meaningful vote.

“The backstop if operational has the potential to create an internal trade border within the United Kingdom and would cut us off from our main internal market, being Great Britain. 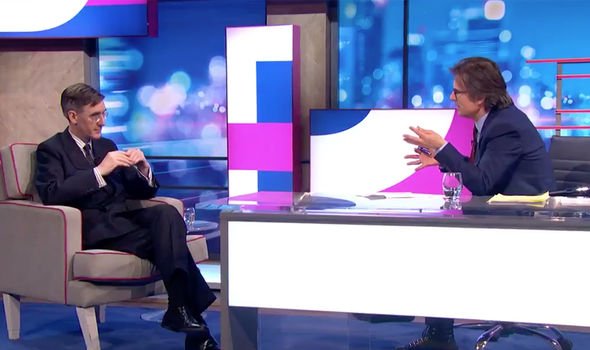 Yesterday Mrs May suggested to a meeting of the backbench Tory 1922 Committee that she would stand down as Prime Minister if Parliament approves her EU exit deal.

The apparent pledge won the support of a number of senior Conservatives, including former Foreign Secretary Boris Johnson, who says he will now vote for the deal.

Parliament has already rejected the Government Brexit agreement twice, on January 15 and March 12.

Yesterday the House of Commons also voted against a series of Brexit related options in indicative votes, including a second referendum or the UK remaining in a customs union with the EU. 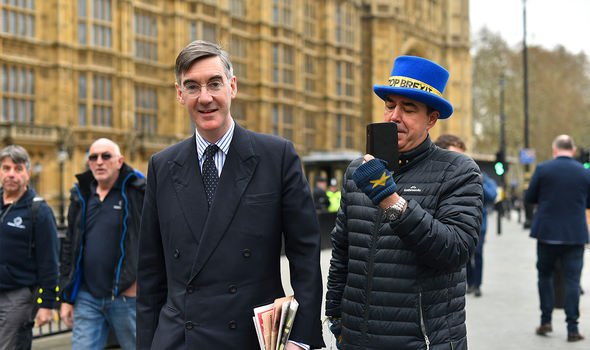 Mr Rees-Mogg first said he could support the deal in an article for the Daily Mail published on Tuesday.

He wrote: “I am now willing to support it if the Democratic Unionist Party does.

“I have come to this view because the numbers in Parliament make it clear that all the other potential outcomes are worse and an awkward reality needs to be faced.”

Under Mrs May’s current Brexit deal the UK will automatically drop into a customs union with the EU unless a new trading relationship is agreed during the transition period, to prevent a hard border between Northern Ireland and Ireland.