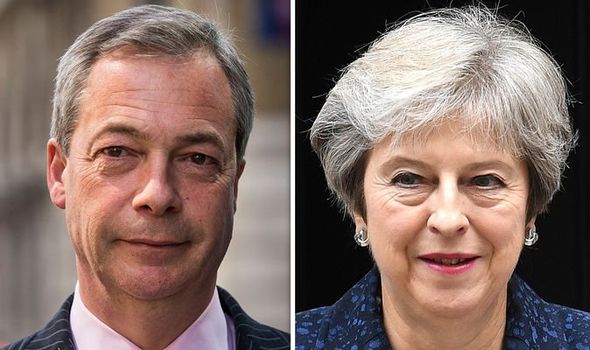 However the Conservatives would still take more seats, with 179 versus 49 for the Brexit Party. According to the poll Labour would win the election by taking 27 percent of the vote, allowing them to form a minority government. Applied across the country the poll suggests 46 Conservative MPs would lose their seats to the Brexit Party, including Defence Secretary Penny Mordaunt and party chairman Brandon Lewis.

Other senior Tories, including former Cabinet Ministers Boris Johnson and Iain Duncan Smith, would be ousted by the Labour Party.

The poll was commissioned by Brexit Express, a eurosceptic campaign group, and first published in The Sunday Telegraph.

Brexit Express was founded by businessman Jeremy Hosking, who has already gifted £200,000 to the Brexit Party.

Speaking to The Sunday Telegraph Andrew Hawkins, chairman of the ComRes polling company, said the poll was a “disaster” for the Tory party. 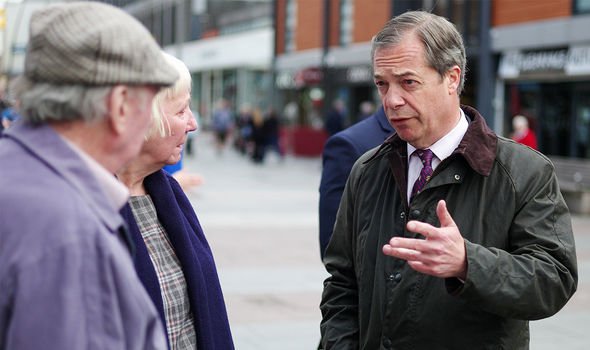 He added: “If the Conservative leadership contenders are not careful, there will be no party for them to lead.”

If the Brexit Express poll were applied across the country the SNP would gain 20 seats, taking them to 55, whilst the Liberal Democrats would pick up another 16.

However Change-UK, the anti-Brexit party formed by former Labour and Conservative MPs, would not retain any seats.

Labour would take 316 seats, 137 more than the Tories, allowing them to form a minority government if supported by either the Liberal Democrats or SNP. 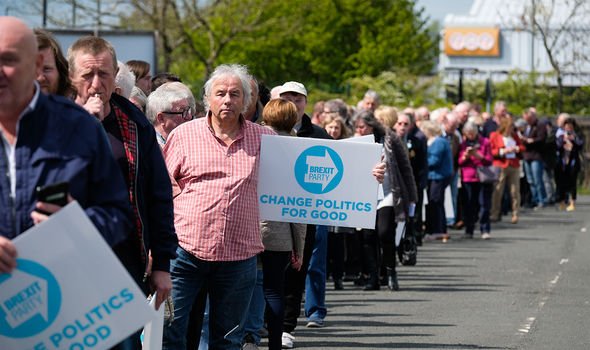 However the poll also indicates that if Mr Johnson replaced Theresa May as Conservative leader, the party would recover seven percent of its support whilst backing for the Brexit Party would be halved.

The UK is due to participate in European Parliament elections on May 23, which a number of polls suggest the Brexit Party could win.

The Conservatives could potentially be pushed into fourth place, behind both Labour and the Liberal Democrats.

Mrs May is due to continue talks with Labour tomorrow in a bid to find a Brexit deal that can pass the House of Commons.