Mr Frost spoke at ULB Brussels University about why he is optimistic about Brexit and set out the UK Government’s plans for a UK-EU trade deal. In the speech, he argued the UK will benefit from setting its own rules and regulations, particularly for new sectors and new conditions. He added there are also plans to boost spending on research and on making the UK a desirable place for the world’s best scientists to flock to.

He said: “I think looking forward, we are going to have a huge advantage over the EU – the ability to set regulations for new sectors, new ideas and new conditions – quicker than the EU can, and based on sound science, not fear for the future.

“I have no doubt that we will be able to encourage new investment and new ideas this way, particularly given our plans to boost spending on scientific research, attract scientists and make Britain the best country in the world to do science.”

This will be fantastic news for the scientific community, as there were fears Brexit could negatively impact research funding available.

Much of the scientific research conducted in the UK gets funding from the EU, so once that funding disappears post-Brexit, it is crucial the gap is filled by funding from the national Government and/or other sources. 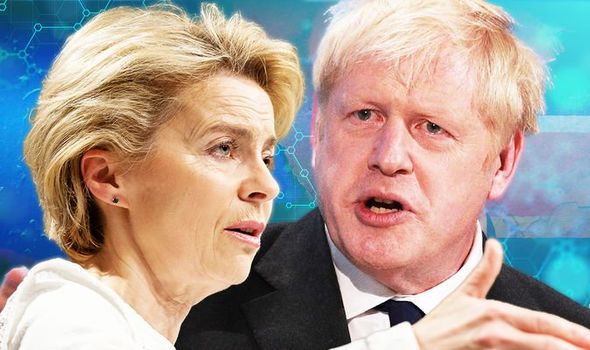 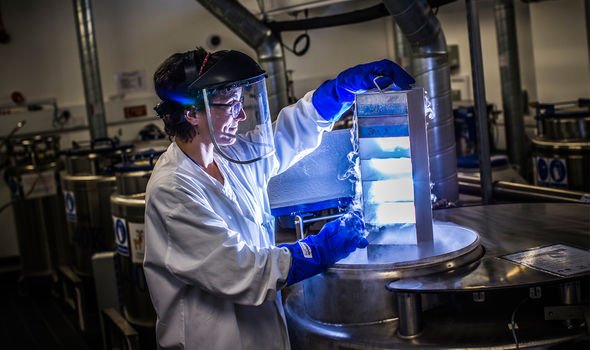 Figures released in October 2019 showed Brexit uncertainty was having an adverse effect on scientific research in the UK.

Analysis by the Royal Society suggested scientists were choosing not to work in Britain, with a 35 percent drop in those coming to the UK via EU schemes.

Royal Society President Professor Venki Ramakrishnan said: “People do not want to gamble their careers when they have no sense of whether the UK will be willing and able to maintain its global scientific leadership.”

After the referendum, no one knew what type of Brexit the UK would eventually adopt. 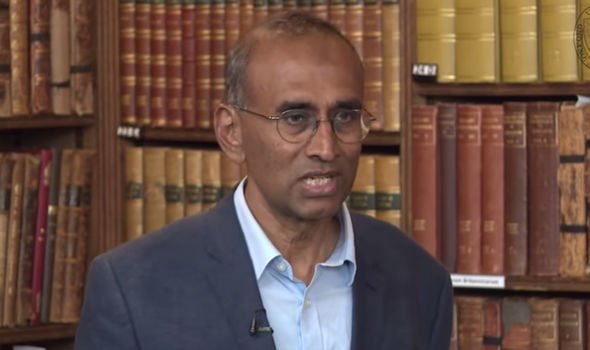 However, since the comments in October, Mr Johnson has won a general election, with a landslide Tory Government, meaning the Brexit uncertainty is partly over – the UK has left the EU, but still needs to sort out trade arrangements by the end of the year.

Now, this commitment to science funding from the Prime Minister’s right hand man in Brussels is a strong reason for the UK scientific community to be cheerful.

Mr Frost added the UK will not be forced into regulatory convergence with the EU, and outlined why this is a positive outcome.

He explained the UK’s ability to make its own rules – and adapt them where necessary to a constantly changing modern world – will give it an advantage over the bloc. 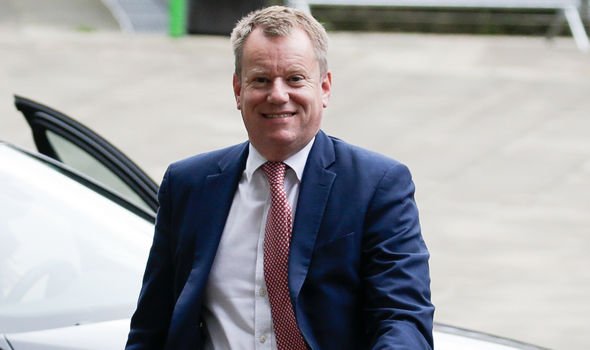 He told guests: “Sovereignty is about the ability to get your own rules right in a way that suits our conditions.

“Much of the debate about whether Britain will diverge from the EU I think misses that point.

“We are clear – and the PM was clear in the speech he gave in London – that we are not going to be a low-standard economy. That’s clear.

“But it is perfectly possible to have high standards, and indeed similar or better standards to those prevailing in the EU, without our laws and regulations necessarily doing the same thing.”

He added: “My experience of the EU is that it has extreme difficulty in reversing the bad decisions it takes.

“Yet every state gets things wrong. That’s clear.

“Course correction is, therefore, an important part of good government. 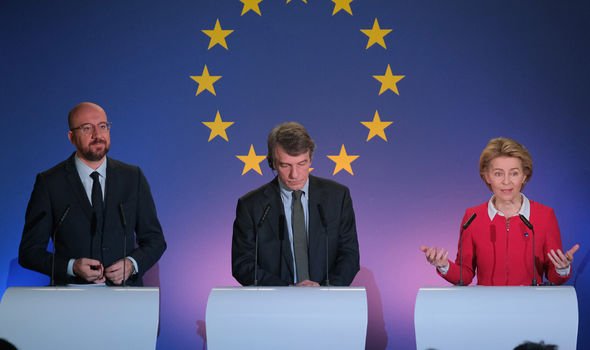 “Britain will be able to experiment, correct mistakes and improve. The EU is going to find this much, much more difficult.”

Robert Lowe, writing for Express.co.uk on Friday, asserted Mr Frost and Mr Johnson hold all the cards in negotiations with the EU.

Relishing in Mr Frost “eviscerating the group think”, the former Brexit Party MEP warned the EU it is “playing a dangerous game” if it tries to play hardball over the next few months.