Mr Barnier’s claims were unearthed in a diplomatic note to the UK’s negotiator, Lord Frost, which said he felt the UK “wants a deal but has yet to internalise” the details needed to ensure one is struck. The Frenchman’s demand appears to mirror a similar plea from Lord Frost, who previously told Mr Barnier the EU had to “internalise and accept the UK is independent” as talks hit a roadblock earlier this year. Given the wording of Mr Barnier’s note – and use of a similar phrase – it could be suggested that Lord Frost’s plea is now getting through to the EU official.

Talks between London and Brussels have proved laborious, with both sides defiant in their demands over what deal should be struck before the UK quits its trade pact with the EU on December 31.

Although movement has been made in recent weeks, both sides have continued to row over the effects a new trade deal will have on aspects such as fishing and the so called level playing field.

Yet, in what appeared a landmark breakthrough, Lord Frost and his team of negotiators managed to get Brussels to approve a measure to limit which areas in the trade deal that can be subjected to dispute.

Reports show that Mr Barnier would include aspects such as police and judicial cooperation from sanction should any trade rows emerge with the UK. 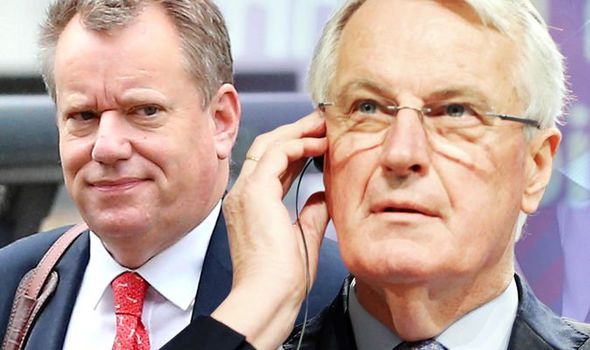 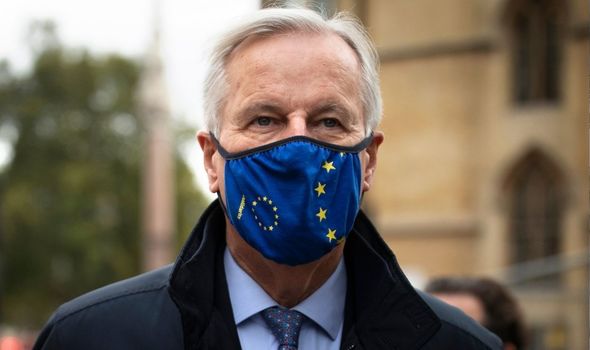 The breakthrough comes as time appears to be running out for the UK to secure a pact, and if no deal is agreed between the sides, Britain will trade with the EU on World Trade Organisation terms.

The latest developments are a world away from a time when Lord Frost was forced to issue a bold demand to the EU, when the gap between the two sides were described as “significant”.

Speaking on the Telegraph YouTube channel, Lord Frost laid out the only way possible for the talks to bear fruit, as he grew frustrated at the constant stalemate.

Lord Frost said: “If we’re going to reach an agreement, it’s clear that until the EU has internalised and accepts it that we will be an independent state, with the right to determine our own laws, control our fishing grounds, then it will be difficult to reach an agreement.

JUST IN: Brexit deal worth £10billion to be done with Canada in just weeks 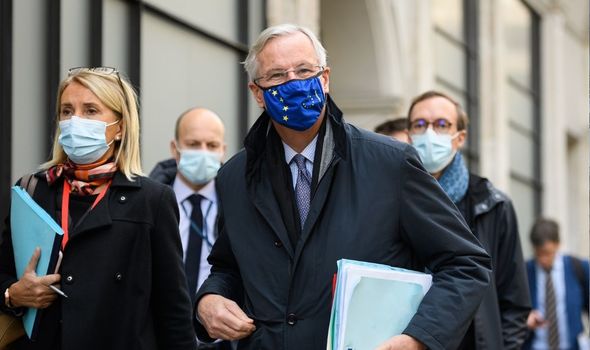 “We will negotiate energetically… we will have to see what can be done. Obviously, we must prepare for every outcome and it is possible that we won’t reach an agreement, but we’re going to work very hard to try to do so.”

He added in July: “We have made progress in areas like trading goods and services, transport, social security cooperation, EU programmes participation, and so on, which is good but nevertheless big differences do remain.

“But the gaps are still significant.” 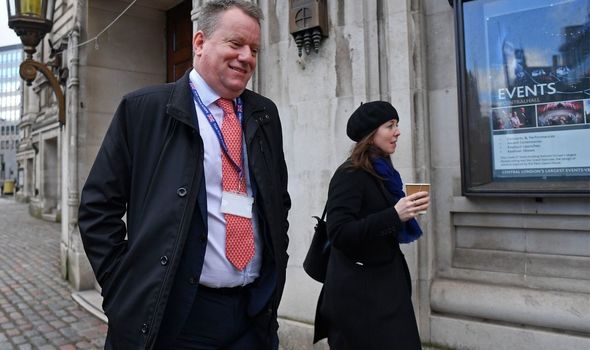 Mr Barnier’s note came as he claimed the UK may be waiting into the last moments of the trade talk negotiations to unleash a “grand bargain”.

While he reportedly told ambassadors that those tactics won’t work, officials in the UK argued they felt the EU were employing a similar strategy.

Despite the EU’s latest move, the deadline for an agreement in mid-November is expected to be missed after Mr Barnier pushed back plans to have an agreement by the end of the week over trade and security.

Talks between both sides remain ongoing currently in London.

Insiders within the EU have said that the “real cut-off point is late next week”, sparking fears that an agreement will not be reached in time.

The Government has also pressurised the EU in demanding a deal be reached as soon as possible, as businesses throughout the UK need time to ensure they are able to best prepare for the new trade regulations.

But it also maintained its stance of fishing, adding that the EU had to be more fair in its approach for access to British waters come January 1, 2021.

A spokesman for the Government said: “Unfortunately we haven’t achieved as much as we’d hoped so far during this intensive process. We will only be able to make progress if the EU accepts the reality that the UK will have the right to control access to its waters at the end of this year.

“The EU also does not seem to have realised the scale of change in fishing rights they face if there is no agreement.”