New Labour Party leader Sir Keir Starmer has urged the Government to extend the Brexit transition period, branding the negogiation deadline “a mistake”. Sir Keir wasted no time in his role as he delivered a scathing asessment of Boris Johnson’s approach to talks with the EU. The current deadline for talks on Britain’s future relationship with the EU runs out at the end of 2020. 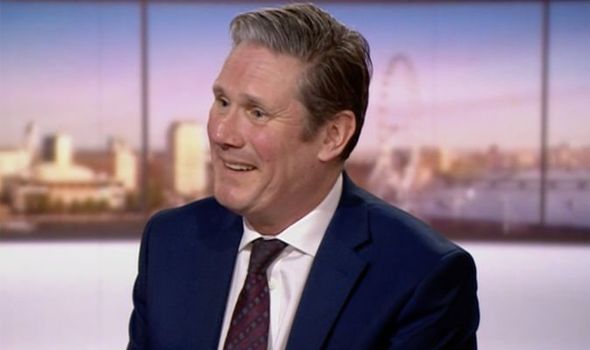 Increasingly, politicians are calling for the Govenrment to extend the transition period as the world grapples with the coronavirus pandemic.

Speaking to Andrew Marr on the BBC in his first broadcast interview since being elected Labour leader, Sir Keir was grilled on his Brexit policy.

Marr said: “Clearly we know we have left the EU but as things stand, we are supposed to finish the the talks on our future relationship with a hard deadline at the end of this year.”

Asked whether the UK should ask the EU to extend the Brexit transition period – due to expire on 31 December – Sir Keir said “the government says it can keep to it but i think it’s unlikely”.

He went on to mock the idea of putting dates into legislation as “not a very wise move”.

Sir Keir told Marr it is “always a mistake to put dates into law”.