The RSPCA is stepping up pressure on the Government to take advantage of being free from European Union rules to stop the practice. The call has been backed by Conservative MPs and comes as the latest shipment left Ramsgate, Kent, yesterday. David Bowles, head of public affairs at the RSPCA, said: “Leaving the EU is the best chance we have had so far to end the live export trade which causes so much unnecessary suffering to animals.”

In their manifesto, the Conservatives pledged to put a stop to excessively long journeys for farm animals after Brexit.

Former environment secretary Theresa Villiers said the Government must deliver on the promise when the transition period comes to a close at the end of the year.

She said: “For years the EU stopped us banning live exports. Now we’re heading for the end of the transition period, we have the opportunity to take action.

“There are some serious legal complexities to be tackled, but there is a clear moral case to end live exports.

“We need to live up to our manifesto commitment on this and restrict excessive long distance transport of live animals so overseas exports become a thing of the past.”

Tory MP Sir David Amess added: “As part of the negotiations, we should immediately end the live export of animals and redouble our efforts to ensure that our high standards of animal welfare are shared and adopted by the rest of the EU.” 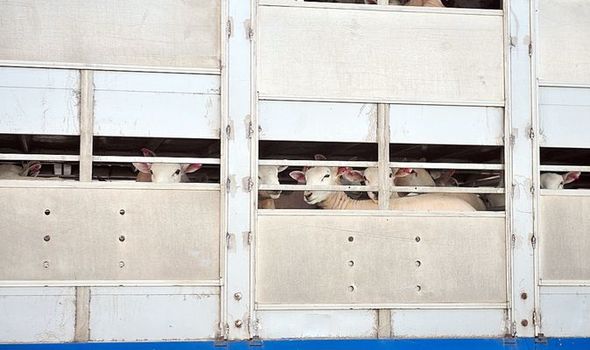 Every year tens of thousands of animals are exported from the UK and face gruelling journeys across Europe to be slaughtered.

They can suffer from fear, stress, exhaustion, hunger, dehydration, extreme temperatures and injuries. But under EU rules the UK has been prevented from banning the practice.

In 2019, 30,890 sheep and 3,446 calves were exported from Ramsgate, according to figures from animal welfare group Compassion inWorld Farming.

The RSPCA is calling on the Government to release a report by the Farm Animal Welfare Committee on live animal exports and say how it will respond to the recommendations. The report has already been published by the Welsh and Scottish governments.

In a statement, a Department for Environment, Food and Rural Affairs spokesperson said: “The UK government is committed to improving our already high standards of animal welfare.

“Now that we have left the EU we will be taking forward the manifesto commitment to end excessively long journeys for animals going to slaughter and fattening.” 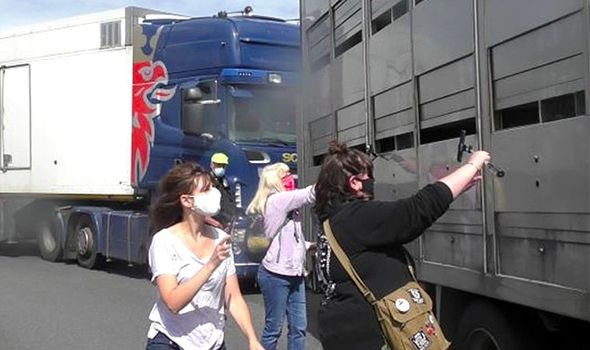 As the Brexit deadline approaches, Britain is at a defining moment in its history. As our nation rewrites its entire rulebook, the Government has a choice to make about live animal exports: continue with the status quo or take this opportunity to finally ban this horrific trade for good.

Compassion In World Farming has launched proceedings against the Scottish government over the live export of unweaned calves on journeys longer than eight hours. A court hearing will be held in October; Defra is defending.

If we win, exporting calves would become impossible in its current form.

UK and EU legislation on live animal transport is identical – so a Scottish ruling against calf exports could have implications across Europe.

Philip Lymbery is the Chief Executive of Compassion In World Farming