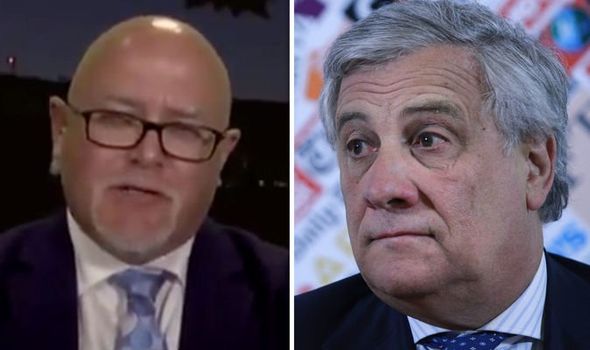 Mr Monteith joined his fellow MEPs in turning their back during the EU Parliament’s first session back as the bloc’s national anthem was played out. The EU Parliament plays Beethoven’s ‘Ode to Joy’, which this time saw the MEPs turn around and not face other members. But speaking on BBC Newsnight, Mr Monteith explained why the party protested on Tuesday.

He said: “We were sitting down at the point we were told to stand up for the national anthem.

“Well, this is not a national anthem.

“This is a lovely piece of music by Beethoven, that has been purloined to try and replicate it for the European ‘superstate’ the federalists wish to build.

“We could not respect this so we chose to have a dignified silent protest by turning our backs on the drive towards federalism.” 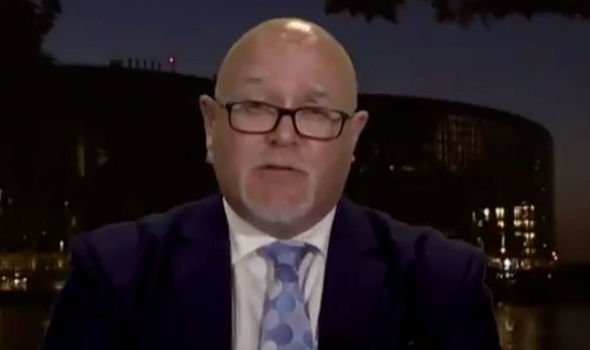 Nigel Farage, the Brexit Party leader, previously explained why he urged his MEPs to take a stand.

He said had not initially intended to turn his back but was so incensed by comments made by the Parliament’s president Antonio Tajani, he made the move.

The former Ukip leader had decided the party would sit during the European Union national anthem.

But as the quintet that performed the anthem came into Parliament, Mr Tajani urged the party to respect the song. 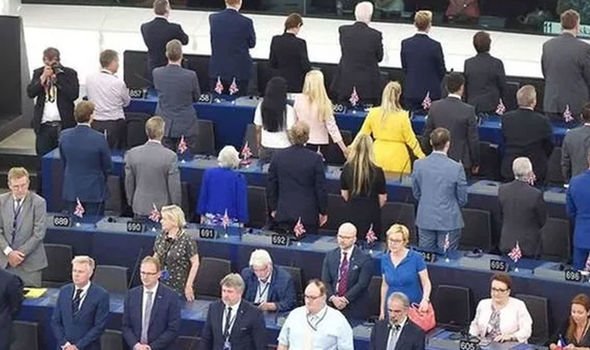 Their action kicked off a dramatic opening to Parliament.

Mr Tajani responded by chiding the MEPs, saying: “You stand for the anthem of another country.”

The orchestrated act of defiance was met with backlash from Remainers.

Match of the Day host Gary Lineker tweeted that the decision to turn their backs was “embarrassingly childish”.

Long-serving Labour MEP Richard Corbett said the Brexiteers “think they’re being clever by standing with their backs to the chair at the opening session”.