Speaking to Express.co.uk, international trade expert from the University of Monash, Australia, claimed the UK’s latest Brexit move will force Brussels to cave into revealing its trade negotiating strategy. Dr Di Lieto argued that EU chief negotiation Michel Barnier was forced to “pretend” to welcome the UK’s transparency but argued Brussels was left in a bit of a bind by the move.

He said: “The UK has released their proposals to the European Commission for their trade framework, which of course Michel Barnier, the EU chief negotiator, had to pretty much pretend that he liked the move which put the EU in a bit of a bind.

“It is not common practice during the early stages of a negotiation that governments would publicly release their requests.

“Some might say that the UK did that to try and convince individual EU governments to be more amenable to the UK’s requests.

“And that’s against the protocol of the European Commission because trade negotiations fall under the Commission’s remit rather than the individual countries.

“Of course, Barnier tweeted we welcome the transparency of this but having said that he didn’t reciprocate the UK’s gesture.

“So to me that reveals that there are still problems and the UK Government is now forcing the hand of the European Union to pretty much reveal their cards.” 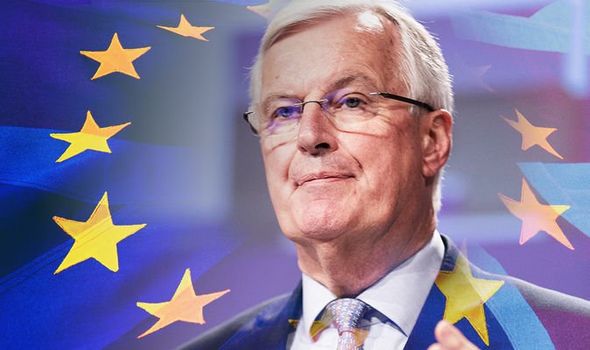 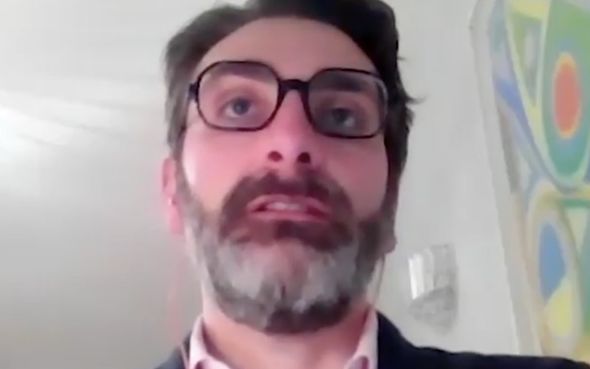 On Wednesday, Michel Barnier hit out at the “tone” of Boris Johnson’s Europe adviser David Frost, as the row between the UK and European Union over post-Brexit trade talks continued to simmer.

The European Union’s lead negotiator said a “new dynamism” was needed in talks if they are to avoid a “stalemate”.

He was responding to a letter from Mr Frost, which was highly critical of the EU’s approach to the negotiations.

Mr Frost’s letter followed the latest round of negotiations on a trade deal, which made little progress and were described as “tetchy” by British insiders.

Sticking points in the talks include the EU’s call for access to British fishing waters and “level playing field” conditions on areas such as state subsidies, workers’ rights and environmental protections.

In his letter on Tuesday, Mr Frost said Brussels’ proposed deal “contains novel and unbalanced proposals which would bind this country to EU law or standards”.

“What is on offer is not a fair free trade relationship between close economic partners, but a relatively low-quality trade agreement coming with unprecedented EU oversight of our laws and institutions,” he said.

In his reply, Mr Barnier said he did not think “an exchange of letters regarding the substance of the negotiations is necessarily the best way to discuss on substantial points”.

He added: “It cannot be a substitute for serious engagement and detailed negotiations and, in particular, I would not like the tone that you have taken to impact the mutual trust and constructive attitude that is essential between us.”

The UK has insisted it wants a trade deal along the lines of that struck with Canada, and fishing arrangements similar to those of Norway.

But Mr Barnier said the EU would not accept “cherry-picking” of elements of previous deals the bloc has struck. 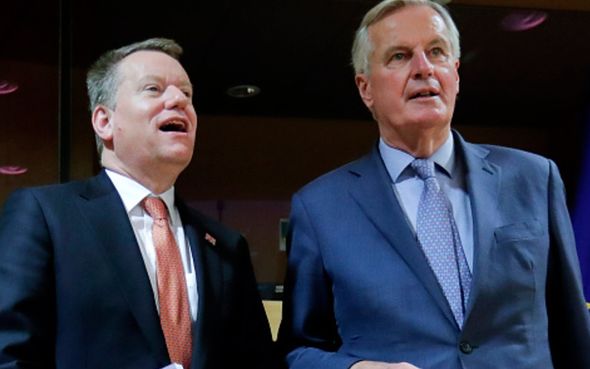 On the level-playing field commitments, Mr Barnier said the UK “cannot expect high-quality access to the EU single market if it is not prepared to accept guarantees to ensure that competition remains open and fair”.

He also warned that time was too tight – with the UK committed to the end-of-year deadline – for the kind of trade deal sought by Mr Johnson.

“Apart from the fact that we do not have the necessary time for negotiation on each tariff line, the EU has always made clear that any future trade agreement between us will have to include strong level playing field guarantees, irrespective of whether it covers 98 percent or 100 percent of tariff lines,” he said.

The Prime Minister is prepared to walk away from talks if progress is not made by the time of a high-level summit in June.

Mr Barnier said there needed to be “tangible” progress across all areas of negotiation – including on the level playing field, fisheries and the governance of the arrangements.

Ahead of the next session of talks in the week of June 1, Mr Barnier said: “The next round must bring this new dynamism in order to avoid a stalemate.

“I remain convinced that with mutual respect and constructive engagement by the UK across the board, on all issues on the negotiating table,