European Commission President, Ursula von der Leyen, confirmed this week the EU will take legal action against the UK. She said: “We had invited our British friends to remove the problematic parts of their draft Internal Market Bill by the end of September. “This draft bill is, by its very nature, a breach of the obligation of good faith laid down in the withdrawal agreement. Moreover, if adopted as is, it will be in full contradiction to the protocol on Ireland and Northern Ireland.”

She added: ”The problematic provisions have not been removed. Therefore this morning the Commission has decided to send a letter of formal notice to the UK Government. This is the first step in an infringement procedure.”

The negotiations between the UK and the EU have seen numerous stumbling blocks as the deadline for a deal looms just around the corner. 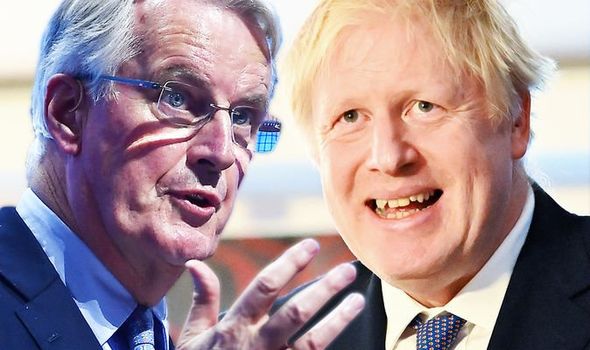 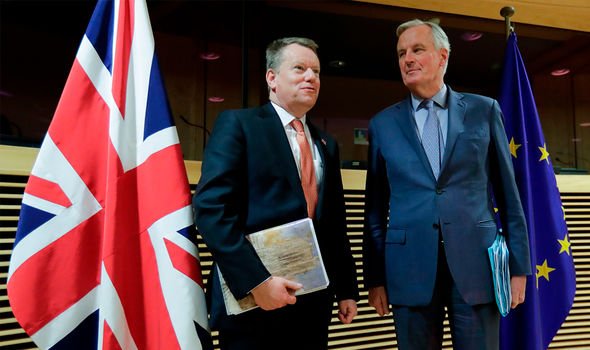 The bill seeks to give powers to UK ministers so they can modify or “disapply” rules relating to the movement of goods – an act Northern Ireland Secretary Brandon Lewis claimed would break international law.

The bill resulted in a furious tirade from the EU, as Brussels blasted the UK over the bill.

The EU said: “By putting forward this Bill, the UK has seriously damaged trust between the EU and the UK It is now up to the UK Government to re-establish that trust.”

The UK’s negotiating team also hit out at Michel Barnier this month. 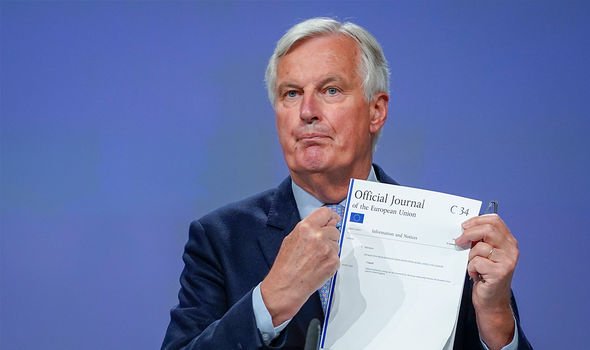 Mr Barnier said the Government was trying to gain an unfair competitive advantage over EU businesses in sectors such as cars, road haulage, agriculture and manufacturing by undercutting the bloc’s standards.

This resulted in a furious response.

A UK source hit back, saying: “Barnier’s speech is a deliberate and misleading caricature of our proposals aimed at deflecting scrutiny from the EU’s own positions which are wholly unrealistic and unprecedented. 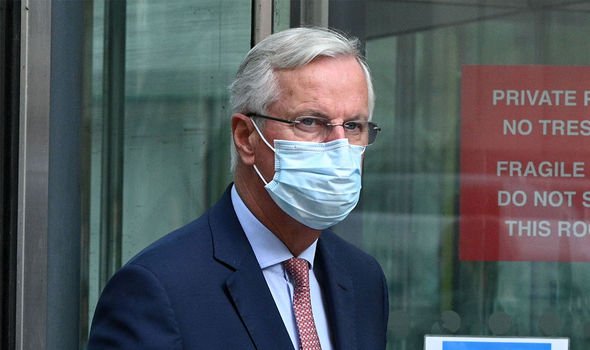 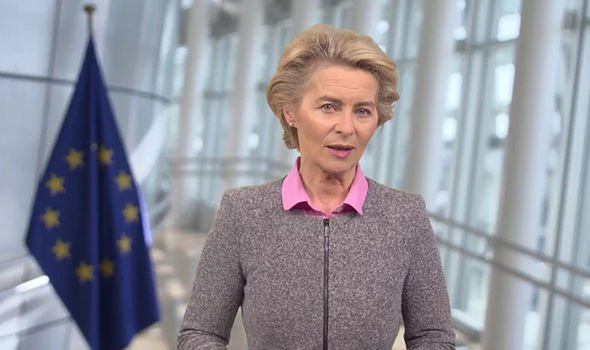 “We have been consistently clear that we are seeking a relationship that respects our sovereignty and which has a free trade agreement at its core, similar to those the EU has already agreed with like minded countries.”

Mr Barnier warned there would be a “huge difference” between striking a trade deal and a no deal exit at the end of the transition period on December 31.

He said: “Sometimes I listen to the UK speaking on the chance of no deal, the reporting of no deal.

“Good luck. Good luck. But frankly speaking there is no reason to underestimate the consequences for many people.”