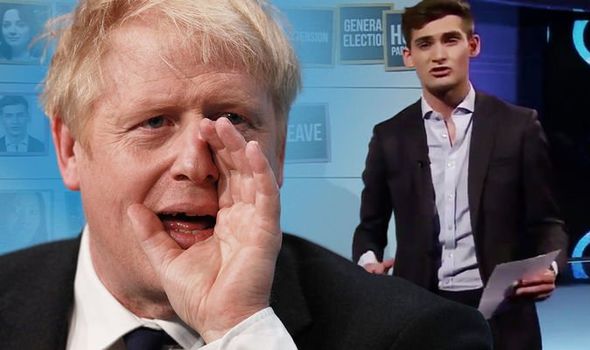 The journalist and occasional BBC Question Time panelist made the bold assessment by claiming the Tory leadership hopeful could get a new Brexit deal before the UK’s exit on October 31. Speaking on BBC Newsnight, Mr Harwood also said that Mr Johnson would then see his Conservative Party destroy their rivals to claim a resounding election win. He believes Mr Johnson will beat leadership rival Jeremy Hunt in the Conservative leadership battle.

On how he sees Mr Johnson’s term unfolding, Mr Harwood claimed: “We attempt a renegotiation with Europe.

“Initially, they say no because we’re leaving no deal on the table as a credible threat.

“Eventually, at the last possible minute, some concessions are granted, particularly around the Irish backstop and that leads to a new deal being presented to Parliament, which with the help of about 30 Labour MPs, and the DUP bill passes and we leave the EU on October 31.

“And then Prime Minister Boris Johnson is governing the country but at this point he has a working majority of in the House of Commons of just three MPs. 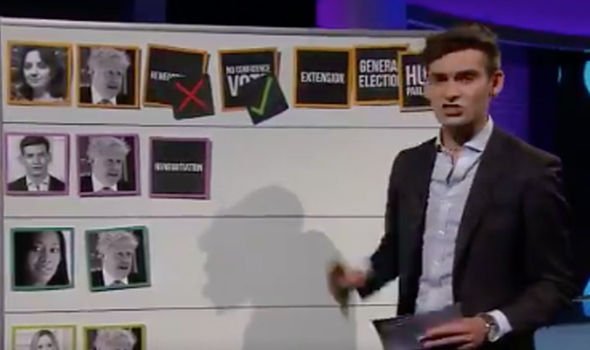 “He calls a general election and delivers the first decent win majority since 1987.“

The 70-year-old has been touted for a number of top posts in Mr Johnson’s Government, which is quickly being assembled over the weekend. 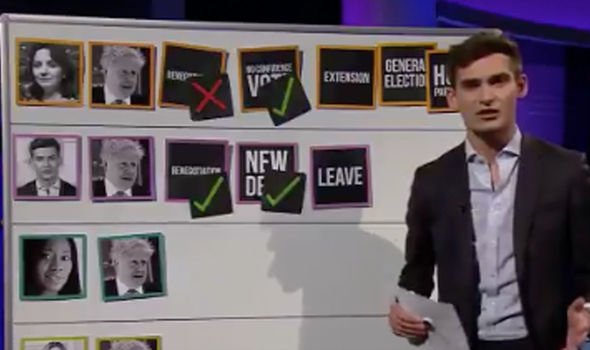 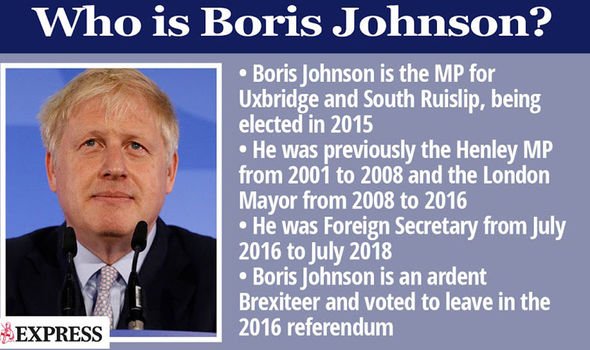 Talks are ongoing as Mr Johnson and his team prepare to take over next week, should he defeat rival Jeremy Hunt.

Reports suggest that Mr Davis will take on the role of either the Chancellor or Foreign Secretary.

Insiders claim Sajid Javid, who was once rumoured to be favourite to become the Chancellor, “had not done enough” in backing Mr Johnson so would be ruled out of any major post in a Johnson administration.