A couple of hundred people have gathered in front of Brighton Police Station as part of a Kill the Bill protest. Chants of “Whose streets? Our streets” and “F*** the police” have been heard as the light grows darker. Police were seen barricading the station by standing in a line outside the entrance as the crowds drew nearer.

Many at the demonstration are holding posters, including signs that read “Kill the Bill” and “defund the police”.

The station in John Street is shut and police are lined along the side entrance.

Brighton and Hove Police tweeted: “We have temporarily closed the front office of John Street Police Station due to a large protest which is currently taking place outside. 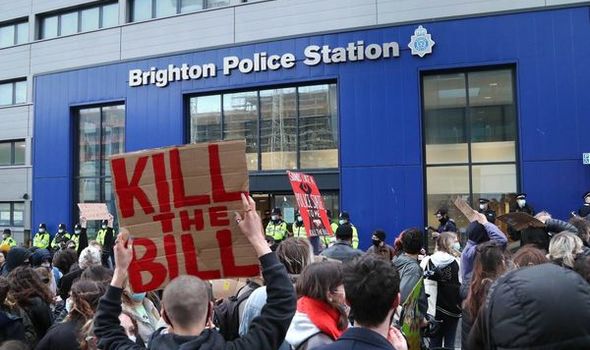 Elsewhere, Eighteen people have been arrested following a Kill the Bill protest in Manchester, police have said.

A Greater Manchester Police spokesman said officers were monitoring a “largely peaceful and contained” group of protesters in the city centre at about 1pm on Saturday.

The spokesman said: “A majority of the crowd had left by around 4pm but some of those who remained began to sit on the Metrolink line at St Peter’s Square and cause significant disruption to transport networks and members of the public in the city centre.

“After repeated prior warnings from officers, who had positively engaged with those present all afternoon, police moved in and removed those obstructing the tram lines.

“Those who remained and were obstructing the tram lines were moved away by police.” 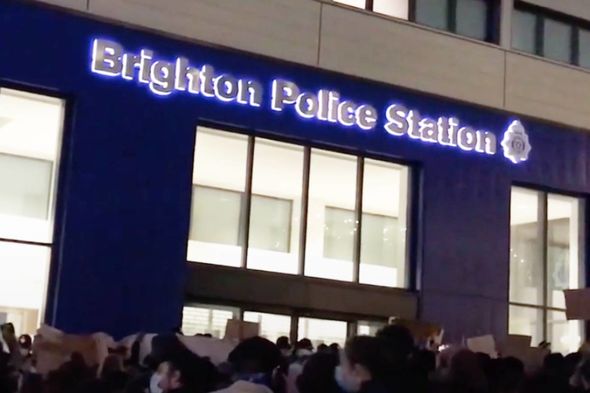 Chief Superintendent Andy Sidebotham of Greater Manchester Police said the protest in the city centre was “largely peaceful and without issue”.

He added: “However, as the day went on the remaining group caused significant disruption to the public of Greater Manchester.

“I understand the desire to peacefully protest but by blocking trams this smaller group prevented passengers from travelling to work for essential journeys, including health and care workers.

“This was clearly unacceptable and, in our duty to serve the public, we could not allow to be tolerated any longer. 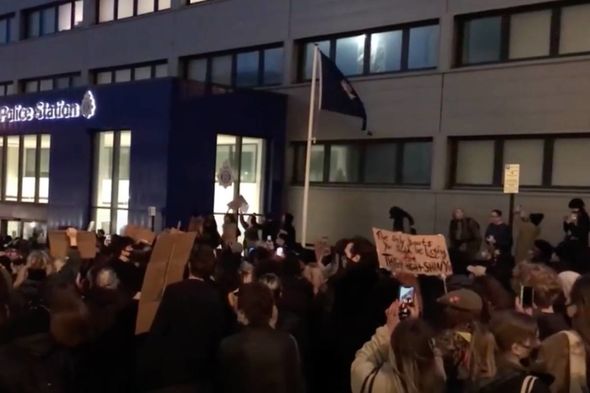 “I would like to pay tribute to the patience of the public today whilst we brought this to a conclusion.

“This importantly comes down to the people of Greater Manchester, and a small minority today ultimately caused them a great deal of disruption which required us to step in and bring it to a fair and swift conclusion.”

It comes after police urged people not to take part in further protests in Bristol after politicians branded violence towards officers as “disgraceful”.

Avon and Somerset Police have urged people considering taking part in further protests in the city over the weekend to “reconsider for the sake of public health”. 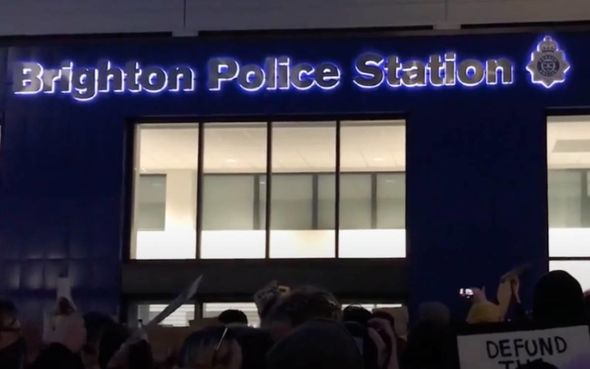 In a statement, chief superintendent Claire Armes said: “While Covid restrictions are in place, gatherings of any kind will only put our communities at risk.

“This pandemic has cost many lives and is still a significant challenge for our colleagues in the NHS. Anyone who chooses to flout the restrictions is playing a part in prolonging this difficult situation.

“We fully understand the strength of feeling around the right to protest, but now is not the time. We’re again asking people to please do the responsible thing and stay at home this weekend.

“Policing resources are in place to ensure we’re able to keep our communities safe and maintain order.”

The warning comes after violence erupted at the third Kill the Bill demonstration in Bristol on Friday, with 10 arrests made following what police called unacceptable “violent conduct”.

Prime Minster Boris Johnson branded the violence towards police as “disgraceful” and said that police and the city had his full support.

“Our officers should not have to face having bricks, bottles and fireworks being thrown at them by a mob intent on violence and causing damage to property. The police and the city have my full support.”