Edward Colston statue replaced by sculpture of protester in 2020

It has been over a year since the statue of slave trader Edward Colston was pulled down and thrown in the River Avon during a Black Lives Matter (BLM) protest. Days later, the empty plinth was replaced with a sculpture of Jen Reid – one of the protesters whose “anger brought him down”. Created by artist Marc Quinn, the statue was removed by Bristol City Council just over 24 hours later.

Mayor Marvin Rees said at the time that it was up to the people of Bristol to decide what would replace Colston’s statue, but the BBC’s ‘Statue Wars’ showed he also told authorities to delay its removal.

During the show, he said: “I’ve just got off the phone, [the police are saying] they’re anticipating a backlash.

“That may not just be symbolic on statues, it could be in the lives of real brown people in the city.

“I had an email saying it is going to be on Channel 4 News tonight, they’re obviously there to film it.” 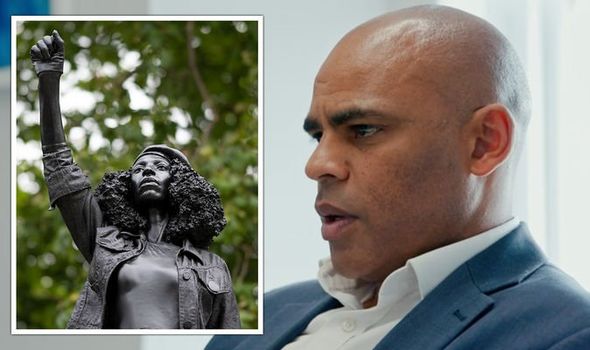 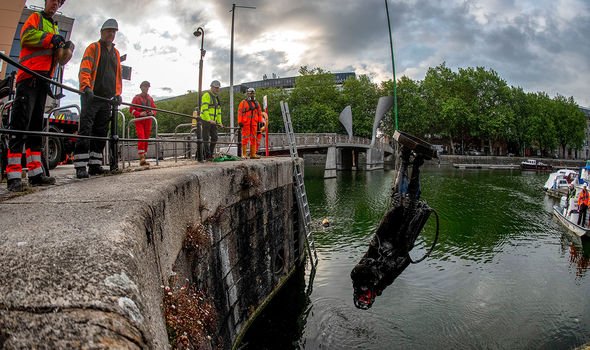 During a meeting, the head of the mayor’s office Kevin Slocombe warned upon hearing the news that the council “had to act now” to remove it.

He added: “The police’s intel is that it will probably be attacked tonight.

“Because it is made of resin it’s dead easy to smash up.

“There is a council team ready to remove it.” 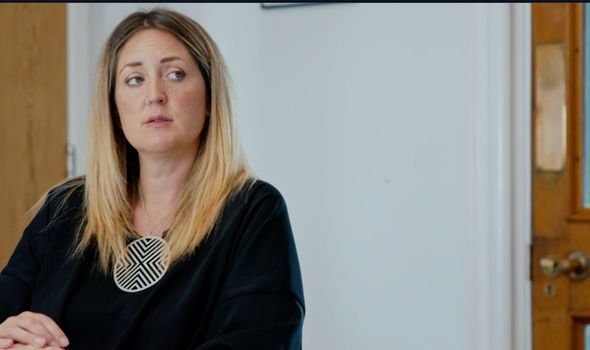 She added: “It looks like we are in on it, I’ve been clear we’re not but it looks like we’ve given them permission and been part of this secrecy.

“My concern is that there is a huge voice in the city who think it’s absolutely wonderful.

“Then it gets smashed and it’s more vitriol aimed at the people who have done it.”

But the mayor appeared completely against that idea, calling for it to be left despite the risk. 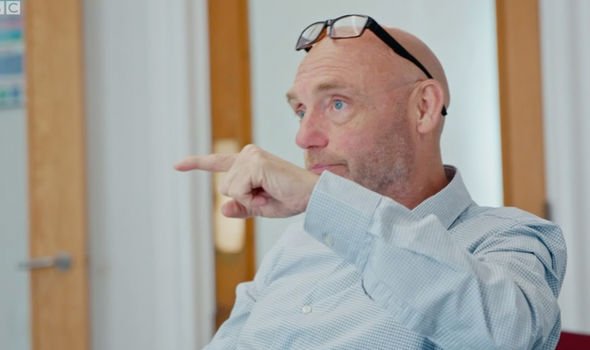 He said: “Sometimes you need people to feel a bit of the pain. Sometimes people need an opportunity to see where things could go.

“There aren’t any clean decisions here. My sense is to relax as much as we can.

“He’s made a statement, we’ll give him the plinth for the day, then we take it tomorrow and say ‘this is the cost in terms of staff and police time,’ we’ll send him a bill.”

He said: “My sense is we leave it until tomorrow.

“I think an empty plinth is one of the most powerful statements we have. 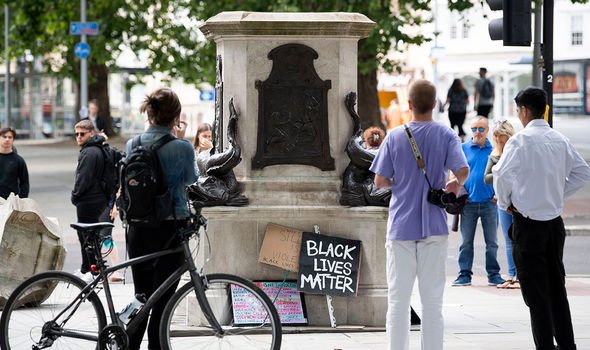 “The best way forward for the city is for it to begin to come to terms with its full history.

“I recognise it’s an incredible statue, but as a political leader, you don’t have the luxury of stopping at the first bus stop of meaning when you see an event happen.

“You have to think about how it will be interpreted by people and what the consequences are.”

Bristol City Council contractors removed the sculpture of Ms Reid and took it away in the back of a lorry by 5:30am the next day.

The authority tweeted to say the sculpture of Ms Reid would be held at its museum “for the artist to collect or donate to our collection”.

It comes as new Greater Manchester police chief, Stephen Watson, says the public is fed up with “virtue-signalling” police officers and would rather they caught burglars.

Rainbow shoelaces, taking the knee and “florid social media accounts” will be discouraged at Greater Manchester Police under his leadership.

The 53-year-old said that “woke” policing needed to be re-evaluated and raised concerns that some actions damaged impartiality by “making common cause” with campaign groups that officers may have to police or arrest.