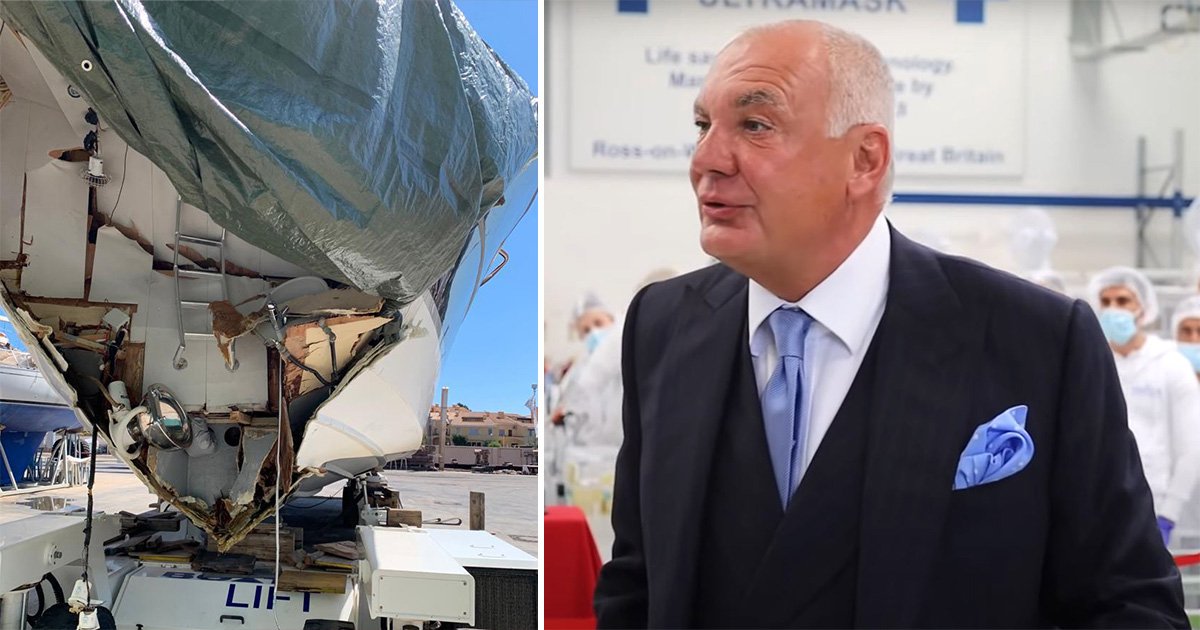 An English businessman who died when a yacht crashed onto rocks in an area of Italy popular with the super rich as been named as millionaire Dean Kronsbein.

The crash is thought to have happened when the captain swerved to avoid hitting another boat, sending Mr Kronsbein, 63, into the water.

He was unconscious but still alive when rescuers arrived off the coast of Porto Cervo in Sardinia on Sunday evening, but could not be saved.

Only last month, he had spoken to the Financial Times for an article about jetsetters returning to Porto Cervo after Covid restrictions.

The paper told how he had bought a four bedroom villa on the hillside near Hotel Cala di Volpe in 2020.

‘We’ve rented here every summer and I thought it a good time to buy,’ he told the paper.

‘The houses are built to blend into the hillsides and don’t stick out and spoil the landscape.’

He owned the company Ultrafilter Medical, which makes medical equipment and distributed millions of masks during lockdown, and is also listed as founder, CEO and chairman of the overall Ultrafilter Group, which makes filters for other things such as gases and liquids.

He had been on deck with his wife Sabine, 59, and daughter Sophia, 27, who were both seriously injured, MailOnline reports.

They were taken to hospital in Olbia and later transferred to a more specialist unit at Sassari which is around 60 miles away.

Seven people were on board the 70ft vessel when it hit rocks near the Li Nibani islands.

The wreck has already been recovered and towed to the port while an investigation is launched.

A video from the scene last night showed the yacht sinking in the sea, not far from the coast. 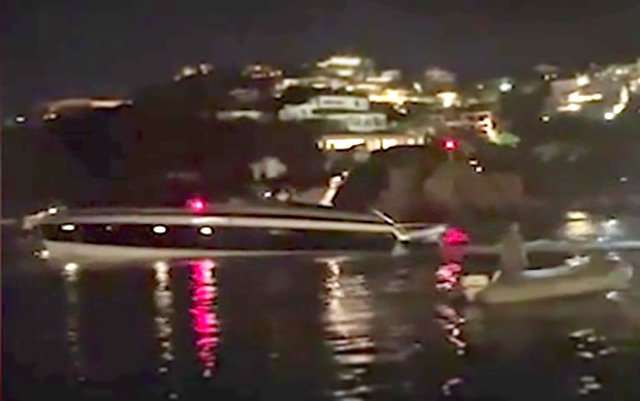 Last month, Mr Kronsbein held a party at his home for the Bentley Drivers Club raising money for charity.

Richard Hammond attended, as well as Prince Michael of Kent.

Family lawyer Egidio Caredda told MailOnline: ‘As you can imagine this has been a terrible shock for the family.

‘I was contacted by Mr Kronsbein’s son to help them with the situation, and I am giving them all the assistance I can.

‘The local authorities are still investigating the exact circumstances and we will also be speaking to witnesses to establish what happened.’

A spokesman for the Foreign Office said: ‘We are providing support following a maritime accident in Sardinia, including to the family of a dual national who has died.