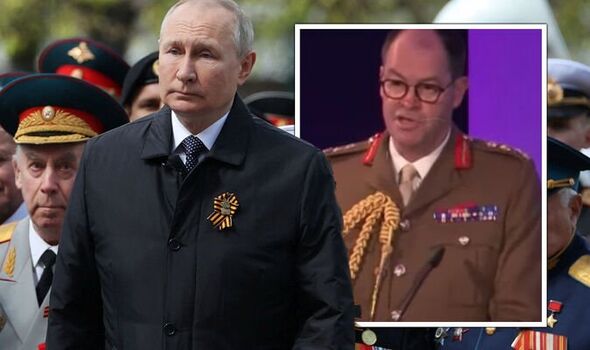 In a speech on Tuesday, General Sir Patrick Sanders, the Chief of the General Staff, will say Britain faces its “1937 moment” and must be prepared to act rapidly in the face of Russian President Vladimir Putin’s “brutal aggression”. In his first public engagement since taking up the post, Gen Sanders will say he has never seen such a clear threat to peace and democracy.

Gen Sanders is expected to say his focus is on mobilising the Army to help prevent the spread of war by being “ready to fight and win alongside our NATO allies and partners”.

He will compare the current situation to the run up to the Second World War, saying Britain must be ready to “act rapidly” to ensure it is not drawn into a full-scale conflict through its failure to keep Russia in check.

He will say: “In all my years in uniform, I haven’t known such a clear threat to the principles of sovereignty and democracy, and the freedom to live without fear of violence, as the brutal aggression of president Putin and his expansionist ambitions.

“This is our 1937 moment. We are not at war – but must act rapidly so that we aren’t drawn into one through a failure to contain territorial expansion.

“I will do everything in my power to ensure that the British Army plays its part in averting war.” 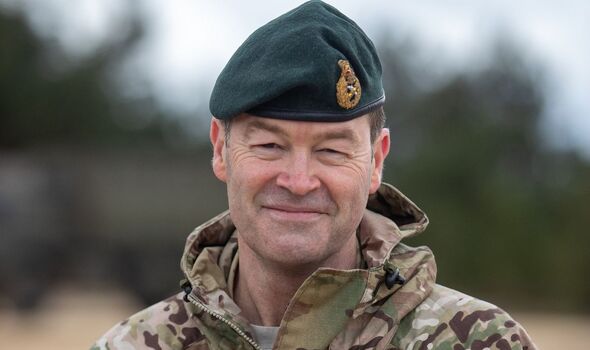 Ordering the army to “get ready and train hard”, the new Chief of the General Staff will tell the army to focus on urban warfare and how to operate alongside planes and helicopters as the force rebuilds its stockpiles of weapons and ammunition.

His address to the Royal United Services Institute (Rusi) think tank in London scheduled for Tuesday, June 28, comes after Gen Sanders wrote to all the troops under his command telling them they must prepare “to fight in Europe once again”.

Speaking at the same event, Defence Secretary Ben Wallace is expected to issue a fresh call for increased spending in the years ahead in the wake of Russia’s invasion of Ukraine.

Prime Minister Boris Johnson is expected to announce an increase in defence spending this week, The Times reported, although details are yet to be worked out.

It comes after NATO vowed last night to boost its rapid reaction force numbers from the current 40,000 to more than 300,000.

The announcement came as Prime Minister Johnson and other NATO leaders prepared to meet in Madrid from Tuesday for a crunch summit.