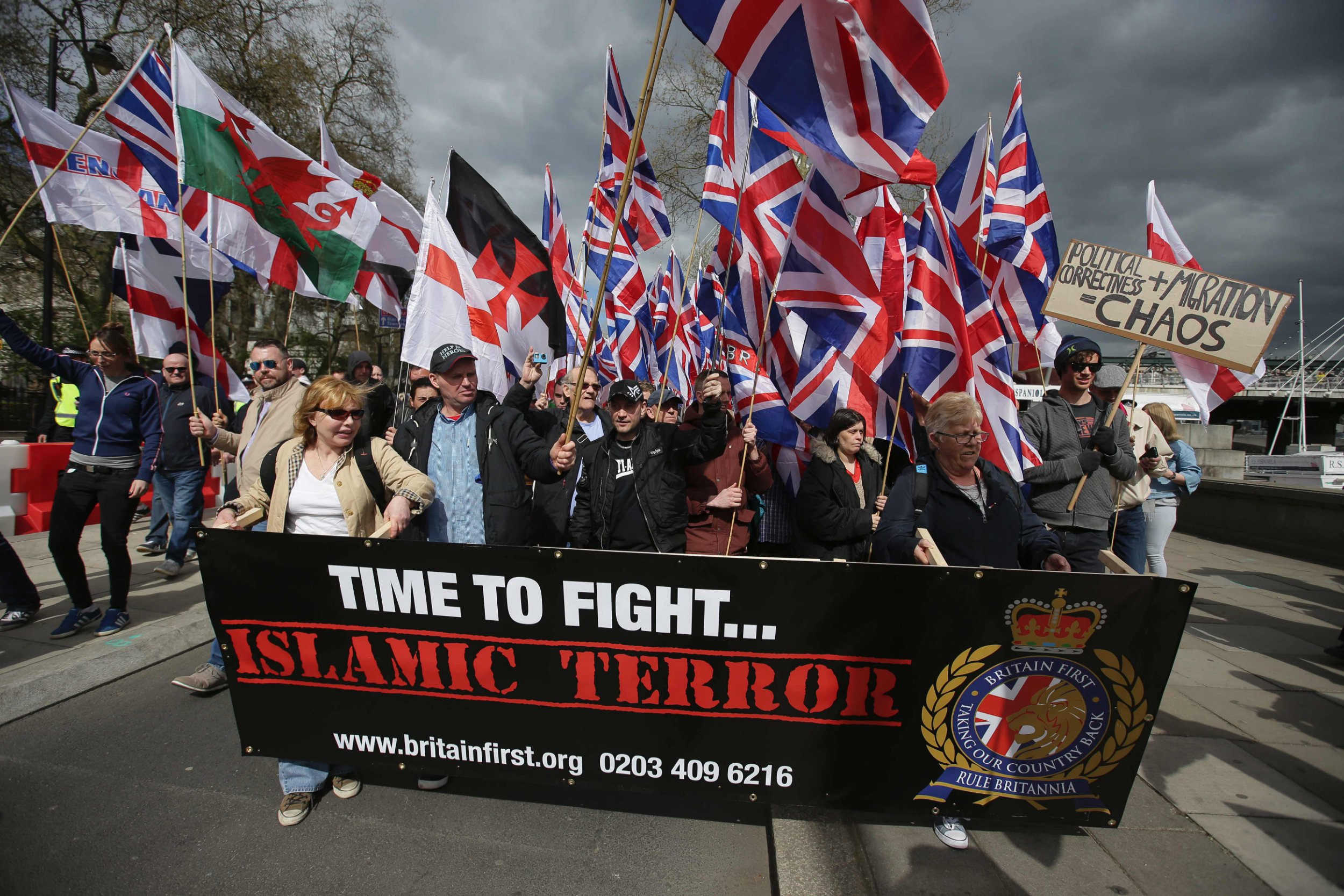 The far-right group Britain First has been registered as a political party by the Electoral Commission.

Leader Paul Golding, who was convicted under the Terrorism Act in May last year, said he was ‘ecstatic’ about finally ‘defeating’ the body.

The party lost its status in 2017 after it failed to renew its registration on time.

Since then, Britain First has had its application turned down eight times.

Mr Golding thanked supporters for donating thousands of pounds, saying: ‘We have fought long and hard against unbelievable corruption and leftist bias to get to this point.

‘Britain First can now build an elections-winning machine capable of taking on the treacherous Old-Gang parties.

‘This day will go down in British history as a landmark day for freedom and democracy.

‘We have struck a mighty blow against the establishment plan to bar patriotic political parties from contesting elections.’

Britain First campaigns primarily against immigration and what it sees as ‘Islamisation’ of the UK.

It was founded in 2011 by Jim Dowson, an anti-abortion and far-right campaigner.

The decision comes two years after the group was fined £44,000 byThe Electoral Commission for a number of offences including undeclared donations and a failure to provide proper accounts.

In a statement to Metro.co.uk, an Electoral Commission spokesperson said: ‘We assessed this application against the criteria set out in law, including consideration of public comments submitted to us.

‘The party’s application met the legal criteria and the party has therefore been registered.’

Their first application was submitted in January 2019 under the name The Best For Luton Party.

The party has been previously rejected for being confusingly similar to another already registered party and for being likely to mislead people as to the effect of their vote.

The body does not consider a group’s political views when deciding whether or not to register a party.