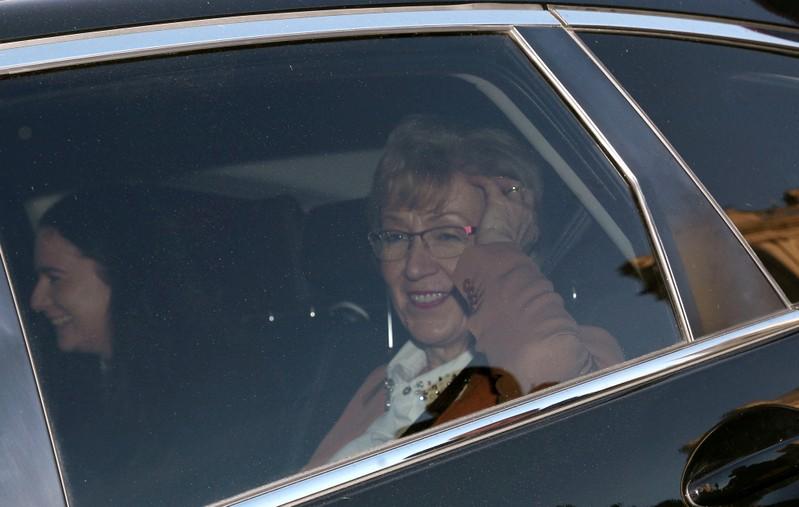 LONDON (Reuters) – Britain’s government is ready to leave the European Union without a divorce deal unless parliament votes for Prime Minister Theresa May’s Brexit plan, the government’s leader in the House of Commons, Andrea Leadsom, said.

“Essentially that is what will happen unless we don’t vote for a deal. The legal position is that we leave without a deal,” Leadsom told BBC radio on Friday.

“People say extend, oh well, extend Article 50, but I have had two public meetings in my constituency in the last few weeks and people, whether they voted remain or leave, the overwhelming view is they say just get on with it.”

May suffered a latest defeat on her Brexit strategy on Thursday, undermining her pledge to EU leaders to get her divorce deal approved if they grant her concessions.