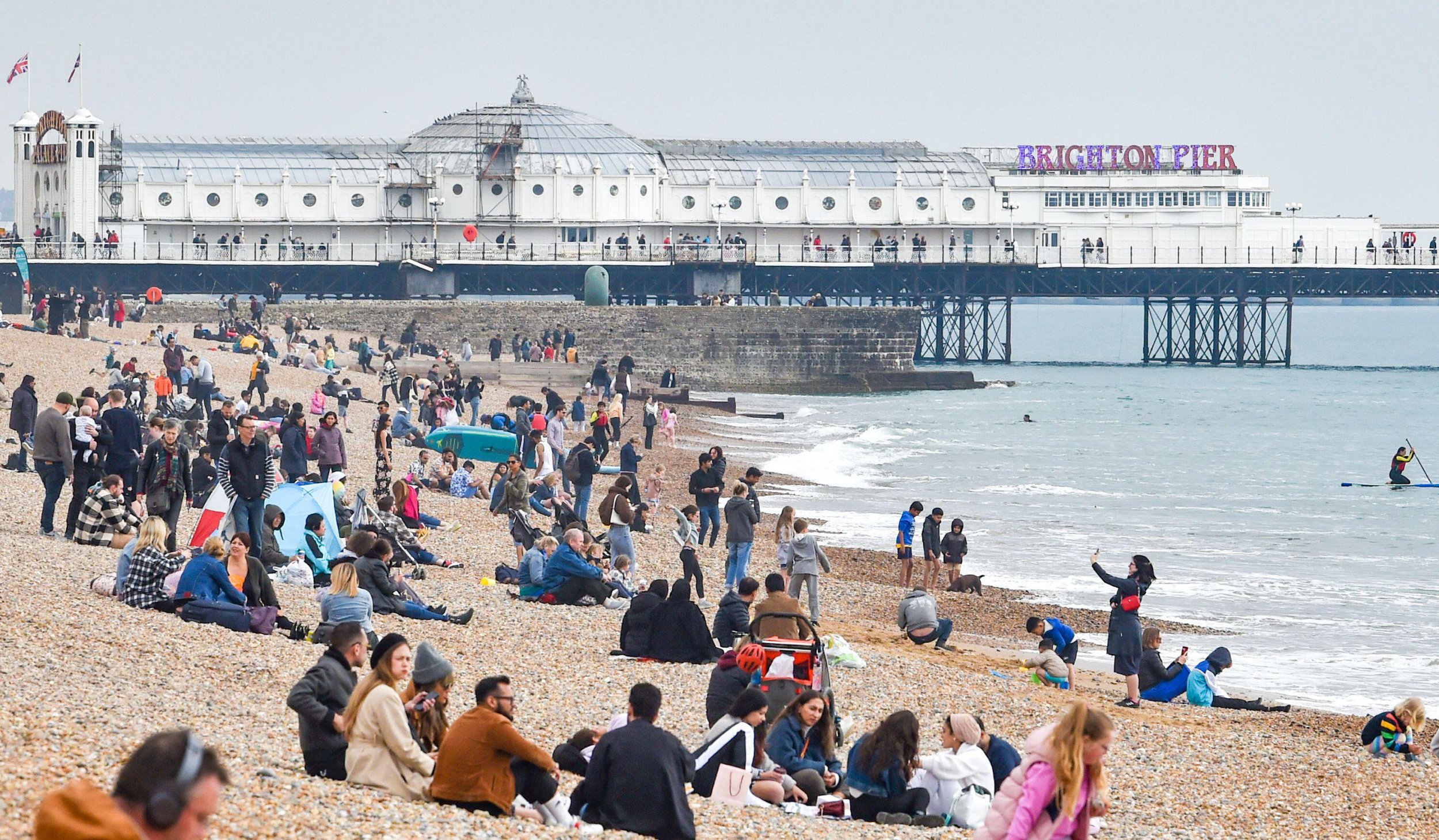 It may have been in short supply over the Bank Holiday weekend, but warmer weather will be back in full force this week.

The mercury will rise to 21°C on Thursday, warmer than the likes of Ibiza in Spain.

The BBC says an ‘Azores high pressure’ will bring with it sunny spells across England and Wales as the week continues.

London and the south east of England will enjoy the warmest temperatures.

And tomorrow, the capital will be a balmy 18°C despite some stubborn clouds.

But Met Office forecaster Simon Partridge has warned this month’s sun won’t be as powerful as the ‘mini-heatwave’ style heat we had in April.

He said: ‘This week is a funny old one.

‘There’s a far bit of rain and cloud around as well as sunny spells, with many areas gradually warming up until Thursday, which should be the warmest day.

‘So there’s a warm spell in store for many but don’t expect the wall-to-wall sunshine and blue skies we saw in April.’

Scotland will take longer to warm up this week – with chilly lows of 3°C still expected this evening.

A ‘touch of frost’ is predicted with some fog in places north of the border.

The first week of May is looking rather cloudy with little in the way of rain – apart from a few showers. Towards the end of the week, an Azores high pressure is expected to build in bringing warmer conditions with sunny spells – especially across England & Wales. pic.twitter.com/Jev3OpoTOn

But, as the weeks progress, warmer weather has been promised UK-wide.

The Met Office predicts: ‘Chances of hot weather and heatwaves are increased compared to average, especially later in the period.

‘There is an increase in the likelihood of warmer-than-average conditions over the three months.’