And now a review has been ordered into the number of troops and type of equipment being sent to war-torn Mali amid fears the force is too small to handle predicted clashes.

At least 300 soldiers will deploy to the war-torn region in just five weeks time as part of a UN peace- keeping operation.

These will consist of Royal Anglian and Light Dragoons as well as small teams of specialists including just four full-time medics and four bomb disposal specialists.

In July the Sunday Express revealed that an additional 45-strong Special Forces team had been sent to Mali to identify and iron out problems in advance.

A further 100 RAF personnel and three long range Chinook helicopter have been supporting a separate French mission for the past four years.

But senior officers have asked for an “operational rethink” about the size and capability of the planned force, focusing on potential capability gaps such as armoured protections, Apache gunships and the transportation of seriously injured soldiers who need to be ventilated to so-called role 2 or 3 hospitals.

And last night senior sources confirmed that the request had been granted by the Commander of Joint Operations Vice Admiral Bey Key, who will include SAS reports as he oversees the assessment.

When the UN Multidimensional Integrated Stabilisation Mission in Mali (MINUSMA) began in 2013, it was tasked with focusing on Mali’s North to help re-establish the state’s authority in the light of increasing Islamic attacks by groups including Al-Qaeda in the Islamic Maghreb or (AQIM). 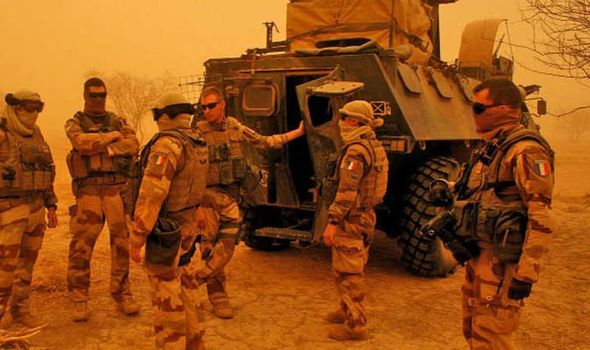 It soon became the UN’s most dangerous mission, and last year it was forced to extend its remit to central Mali. In July, the UN Security Council agreed not to cut the number of its 13,289 soldiers and 1,920 police officers for another year, despite US protests over its annual $1.2bn budget, paid for by the UN.

Despite the presence of these, and 5,000 French troops, the violence has engulfed the centre of the country and spread to neighbouring Burkina Faso and Niger. Attacks have grown fivefold between 2016 and 2020, with 4,000 civilians killed in 2019, up from about 770 killed in 2016.

Military forces have suffered too, with 45 French troops and 167 UN soldiers killed in the last seven years.

Britain’s role will be to conduct long-range reconnaissance missions to offset advances by Islamic extremists.

Soldiers will be sent for two-week long sorties in Jackals – open-topped patrol vehicles which have been armoured at the bottom to protect them from the impact of IEDs. Though they have off-road capability, their fully laden weight of 3.5 tonnes means they are not suitable for sand.

A few Foxhounds, fully enclosed 7- tonne command vehicles, will also be sent. Though deployed as force protection vehicles at the tail end of the Afghanistan conflict , the Foxhound has never been operationally trialled in sand and is fraught with reliability issues. 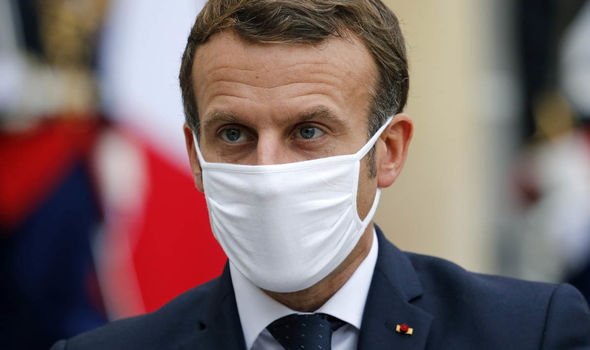 Ironically the British Army’s Mastiff heavily-armoured patrol vehicles, which has served in both Afghanistan and Iraq without casualty and can better withstand the blast of a roadside bomb, are currently being sold off so will not be available for deployment.

Concerns are said to have increased following reports by SAS teams on the ground, who have spent the last few months identifying bottlenecks and attempting to secure intelligence sources – through payment – to ensure advanced warning of any jihadi presence in villages or towns through which these vehicles will be forced to pass.

According to sources, interim reports by the SAS have pointed firmly to the “need for more muscle”.

That message for a “bigger and more protected” force is said it have been passed up to Gen Sir Nick Carter, the head of Britain’s Armed Forces.

Ministry of Defence sources remained pragmatically optimistic that the level of casualties will remain low, and highlighted new advances designed to treat injuries in situ.

This includes the first use of powdered blood plasma, which will be combined with blood cooled by especially installed fridges on vehicles.

But the issue of relying on a limited number of Medical Emergency Response Team (MERT) helicopters supplied by other UN nations – currently Romania – for potentially long distance evacuations is worrisome too. 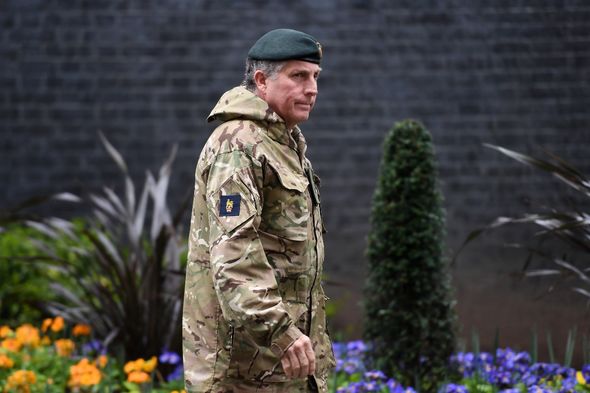 Writing in a RAF magazine, Mali veteran Flight Lieutenant Andy Donovan said: “ It would be naive to suggest that in such a volatile area British ground forces are likely to avoid confrontations with aggressive armed groups simply because they are in a peacekeeping role.

“Direct engagements should be expected. The presence of British soldiers will blur the delineation between support and combat roles”.

His view was echoed by senior Army sources last night, who shared concerns that the U.K. was “sleepwalking our way into a fight for which we are under-resourced.”.

“Our soldiers will have a challenging role in the open desert, paths and desert roads ate constantly seeded with roadside bombs,” he said.

“We need our own Apache helicopters and the ability to medically evacuate our personnel if they are injured – the current force structure is not sufficient for the role we are facing.

“We will see people killed”

An MoD spokesman said: “As planned and in line with our firm commitment to the UN and global security, later this year 300 military personnel will deploy to the UN mission in Mali where they will help to promote peace and help counter instability.”

“All operational commitments are kept under review.”