Boris Johnson: New variant may have ‘higher degree of mortality’

Boris Johnson yesterday insisted the Oxford and Pfizer jabs will still be effective. The Prime Minister’s reassurance comes as scientists yesterday warned the UK’s fast-spreading mutant version could be up to 30 percent more fatal than ­earlier variants. But the PM said: “All current evidence continues to show that both the vaccines we are currently using remain effective both against the old variant and this new variant.”

He also announced that his mass vaccination programme has now given jabs to one in 10 adults in England, with 400,000 doses injected in the previous 24 hours.

And he warned that sticking to lockdown rules was “more important than ever” following evidence the mutant version first identified in Kent and now rampaging across the country could have a “higher degree of mortality” for patients.

Government scientists said a study showed the new variant could kill as many as 14 in 1,000 people infected, compared with 10 in every 1,000 recorded during the early stages of the crisis.

A research paper submitted to Whitehall’s Scientific Advisory Group for Emergencies said there was “a realistic possibility” the new variant was “associated with an increased risk of death” compared to other types.

The PM blamed the mutated virus for the intense pressure on NHS hospitals in the second wave.

But he said there was no ­evidence to suggest the new variant was more resistant to our Oxford University/AstraZeneca and Pfizer/BioNTech vaccines than its predecessors. 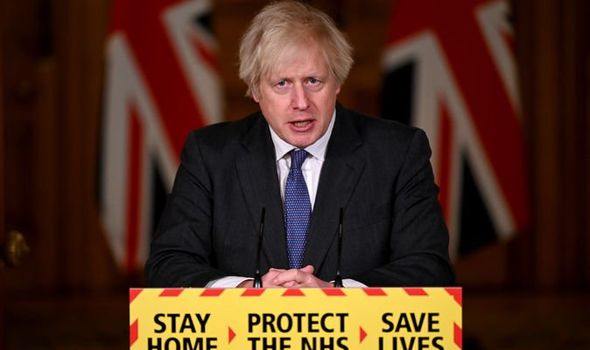 A hard-hitting media campaign was launched by the Government yesterday to raise public awareness of the impact of the pandemic on NHS staff and the suffering of patients with life-threatening cases of the disease.

He told a Downing Street news conference yesterday: “I must tell you that we have been informed today that, in addition to spreading more quickly, it also now appears that there is some evidence that the new variant may be associated with a higher degree of mortality.

“It is largely the impact of this new variant that means the NHS is under such intense ­pressure, with another 40,261 positive cases since yesterday.

“We have 38,562 Covid patients now in hospital. That’s 78 percent higher than the first peak in April and, tragically, there have been a further 1,401 deaths. So, it is more important than ever that we all remain vigilant in following the rules and that we stay at home, ­protect the NHS and thereby save lives.”

The PM later added: “Our ­immunisation programme continues at an unprecedented rate.”

He said: “I really don’t rule it out. We may need to take further measures still.

“We may need to go further to protect our borders.

“We don’t want to put that [all the effort to control the virus] at risk by having a new variant come back in.”

The PM cited figures showing 5.4 million people across the UK had received a vaccine dose, with a record 400,000 jabs in the past 24 hours.

In England, one in 10 adults have received their first dose, including 71 percent of those over 80 and two-thirds of elderly care home residents. 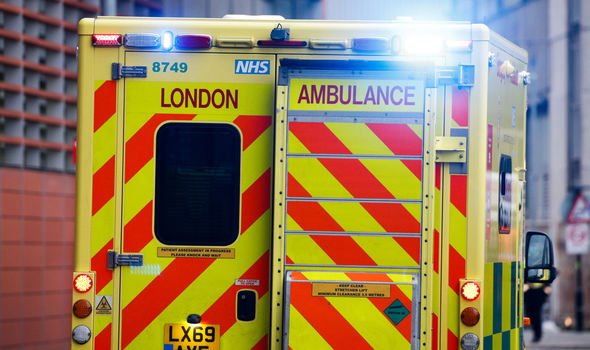 Mr Johnson said: “There is much more to do, and the target remains very stretching indeed.

“But we remain on track to reach our goal of offering a first dose to everyone in the top four ­priority groups by the middle of February. When that letter arrives, please don’t hesitate to book that appointment and get this life-saving protection, because this is the best and fastest way for us all to defeat this virus and get our lives back to normal once again.”

The new advertising blitz, starting last night on TV, shows under-pressure NHS staff and Covid patients. It asks: “Can you look them in the eyes and tell them you’re helping by staying at home?”

There is a marked more emotive shift in tone to previous Government advertising during the pandemic. 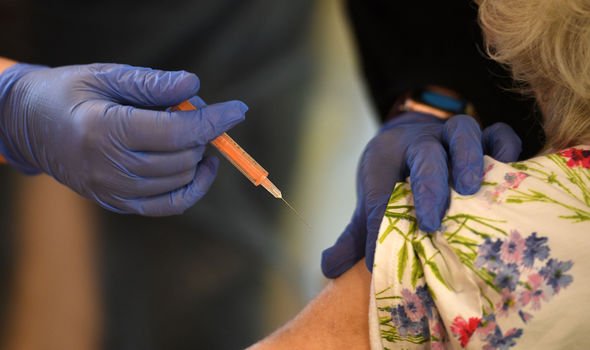 The new campaign features raw footage and testimonials from patients and NHS staff at Basingstoke and North Hampshire Hospital. Health Secretary Matt Hancock said: “The NHS is under intense pressure. They are relying on all of us to follow the rules.”

Meanwhile, Mr Hancock was yesterday revealed to have told travel agents about evidence suggesting the South African variant could reduce vaccine effectiveness by around half.

In a leaked video of a private online seminar, he said: “There is evidence in the public domain, although we are not sure of this data, so I wouldn’t say this in public, that the South African variant reduces by about 50 percent the vaccine efficacy. We’re testing that.

“If we vaccinated the ­population, and then you got in a new variant that evaded the vaccine, we’d be back to square one.”