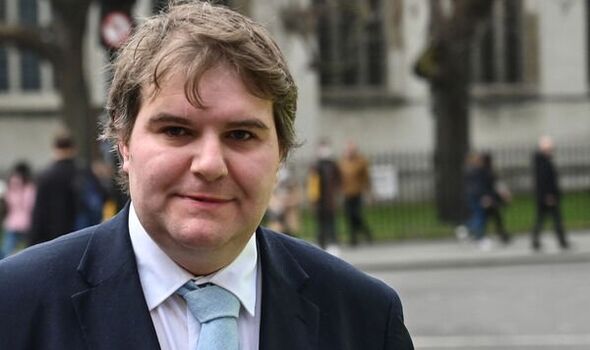 Jamie Wallis said that part of him “died”, and also revealed his anguish over a £50,000 blackmail ordeal. The Conservative MP for Bridgend, who was diagnosed with gender dysphoria and wants to begin transitioning “as quickly as possible”, said he was still “not OK” following the alleged sex attack in September.

Mr Wallis, 37, explained that someone he “hooked up with” after meeting online refused to wear a condom.

He added: “I withdrew consent and then he just decided he was going to do it anyway. I was powerless to stop him and, in that moment, a part of me died. I have been trying to get it back.”

“I tried to forget about it for a few weeks and it almost worked, but then you start getting nightmares, flashbacks, it starts occupying every one of your thoughts and you find yourself just staring off into the distance because you’re thinking about it again – and that’s when I chose to get some help. I’m not OK, I’m not the person I was before that happened but I am in a place where I can get on with my life while I’m dealing with it.”

It is not known if anyone has been arrested over the alleged sex attack last year. He said the blackmail experience in April 2020 had also put him “in a very dark place” but he praised the “fantastic” actions of the police.

The unnamed culprit pleaded guilty and was jailed for 33 months.

Mr Wallis, who prefers the pronouns he/him, used the Sky News interview with Sophy Ridge On Sunday to urge people struggling with their gender identity to take time discovering themselves.

He said: “There are lots of hurdles to overcome and it’s not going to be done overnight.”

“Now I am out, and people know, I’m free to actually go on that journey at a pace I find comfortable.

“A lot of young people are dealing with gender issues. My advice to them would be: ‘You’ve got a long life, there is nothing wrong with just taking some time – but when you know who you are and you want to tell the world, there are people here to help’.”

“About seven or eight months ago, I woke up one day and I realised actually I am no longer ashamed of this.”

Mr Wallis has been praised by MPs across the Commons for speaking out.

He was arrested in November on suspicion of driving while unfit after an incident where a car hit a lamppost in Llanblethian,Vale of Glamorgan.

South Wales Police said the matter was still under investigation.