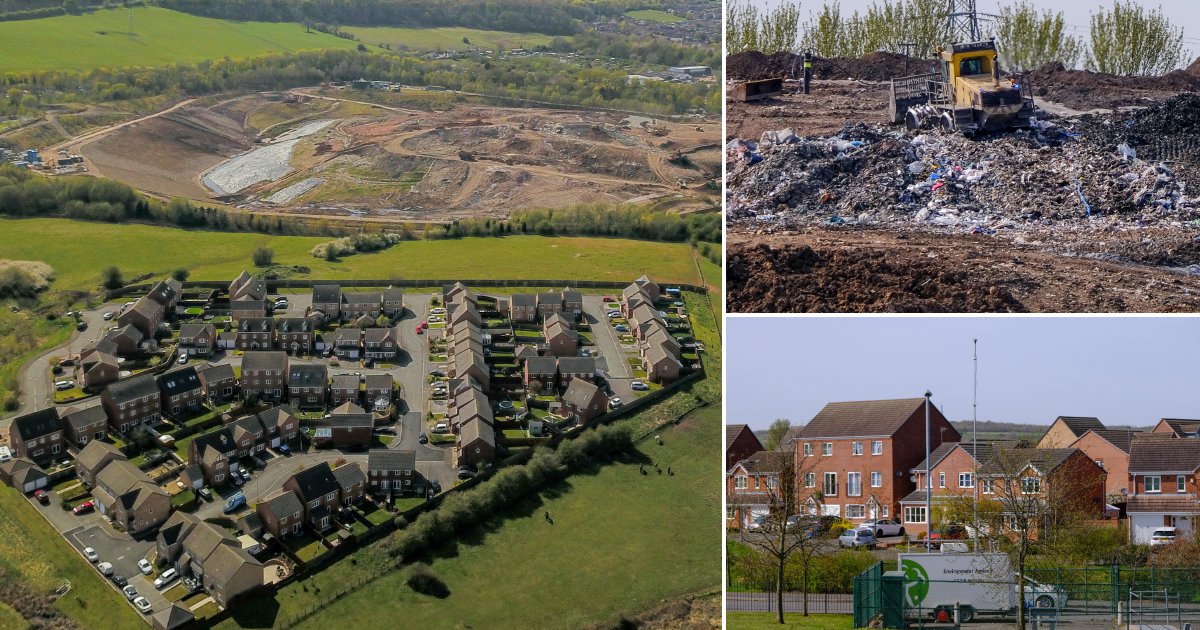 For some time now the residents of Silverdale have had to put up with a stench so bad it’s been nicknamed Britain’s smelliest village.

The smell is so bad that residents have resorted taping up their doors and putting bags on their windows to keep out the stench – and worrying levels of hydrogen sulphide that exceed World Health Organisation guidelines.

The source is believed to be Walleys Quarry, a landfill site outside Newcastle-Under-Lyme, operated by Red INdustries.

More than 5,000 inhabitants have complained about a nauseating eggy stench eminating from the facililty, like rotting flesh or dirty nappies.

They say the smell – nicknamed the Silverdale Stink – burns the back of the throat and has left them with headaches, asthma attacks, stress, anxiety and sleeplessness.

Teachers say children are unable to concentrate and don’t want to play outside while doctors have reported several health issues that they relate to the smell, and people are resorting to drastic measures to avoid it.

Phebe Smith, 24, said: ‘I was woken up in the middle of the night with a really intense smell that filled my bedroom.

‘I was so upset by it and really struggling to breathe and I was very panicked that I couldn’t breathe, so I went into the bathroom because that was the least intense place to be in the house – I was trying to out-run the smell.’

Billy Townsend, 38, said: ‘It’s revolting, nobody should be forced to live like this. It’s Third World stuff.

‘It makes you physically wretch and causes really bad headaches. At night it can be impossible to sleep.

‘It smells like nappies, or rotting flesh, but with a hint of egg as well. Basically think of all the worst smells you come across in everyday life and put them all together.

‘It literally burns the back of your throat and makes your eyes sting – its more than just a smell, it physically hits you as well.’

Local MP Aaron Bell described it as the ‘biggest single landfill incident’ the country has ever seen while the Environment Agency has issued an enforcement notice.

He said: ‘This is off the scale. This is clearly having an effect on people’s physical health, but also their mental health. This is a major environmental catastrophe for the town.

‘We’ve got so much investment coming in, but if we have this hanging over the town, quite literally, people aren’t going to want to come and shop and eat on our high street.’

Staffordshire County Council acknowledged ongoing problems near the landfill and said they were trying to resolve the matter.

Claire Dinnis from the Environment Agency said: ‘We’re holding Red Industries to account for their operations and doing everything within our power to bring its operation into compliance as quickly as possible.’

A spokesman for the firm said they were ‘accutely aware’ of concerns around landfill and had voluntarily ‘curtailed operations to accelerate an extensive capping programme which will seal a substantial and extensive area of the site’.

The site is expected to stop taking waste in late 2026.