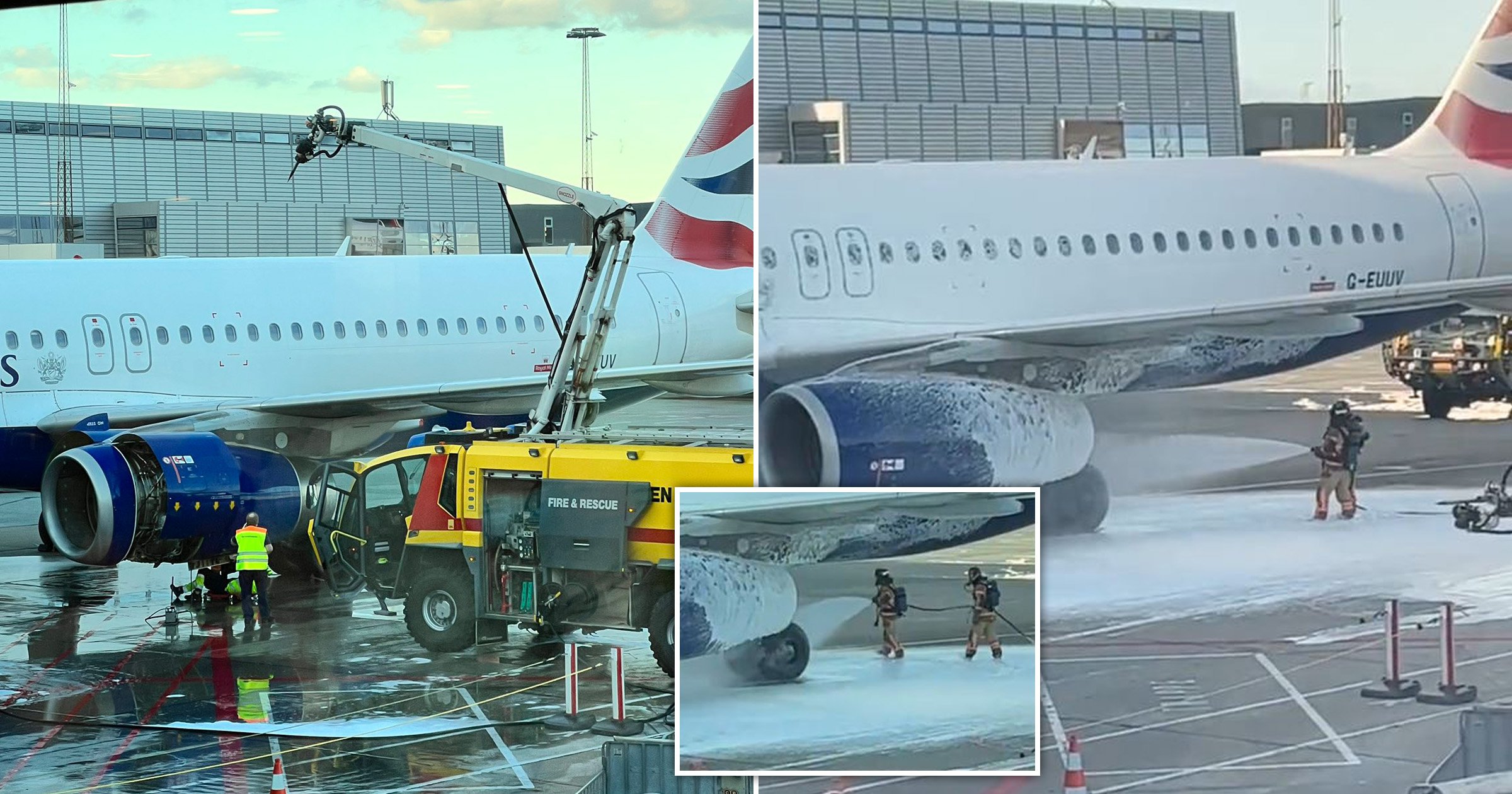 Passengers had to flee a British Airways plane after it caught fire soon after landing.

Dramatic photos show emergency workers hosing down the plane’s engine where the blaze broke out at Copenhagen Airport.

Gabe Gudgel, from Oklahoma City, was due to board the flight to London when the drama unfolded on Wednesday.

As the plane landed at 7.25pm, Gabe saw the wheel burst into flames and they ‘would not stop smoking’.

He said: ‘That’s when fire trucks and ambulances all surrounded the plane and started hosing it down.

‘They were spraying water on the wheel for about 20 minutes and it was still burning.’

British Airways confirmed all passengers on the flight and air crew had been able to disembark safely.

But Gabe said he and the other London-bound passengers were made to wait for another two hours while the plane was sprayed down before it was eventually cancelled.

A BA spokesperson said: ‘We would never operate an aircraft unless it was safe to do so.’

It comes after the airline announced it is going to cut 10,300 short-haul flights until the end of October.

BA has been one of the most disrupted carriers in recent months as the aviation industry struggles to meet increased demand amid staff shortages.